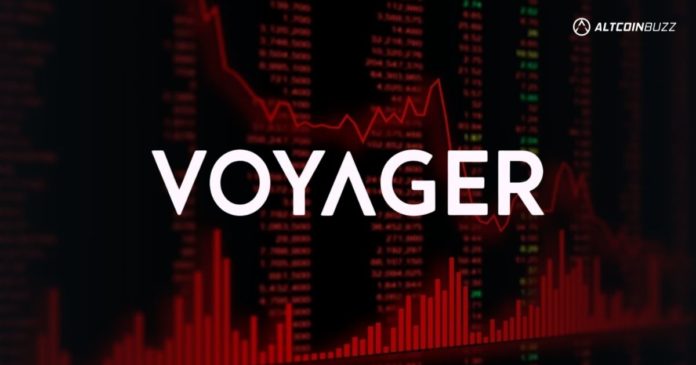 Embattled crypto broker Voyager Digital has announced the delisting of its shares from the Toronto Stock Exchange (TSX).

On July 7, Voyager Digital announced that it had given notice to the Toronto Stock Exchange for voluntarily delisting its common shares. The move came a couple of days after the firm filed for Chapter 11 bankruptcy in New York.

Furthermore, it also follows a TSX notice that it would be conducting a review of eligibility for continued listing. Under the bankruptcy proceedings, Voyager may no longer be able to list its common stock on Canadian exchanges.

It added that Voyager plans to apply to the Canadian Securities Exchange (CSE) to transition the share trading from the TSX to the CSE. Nevertheless, the financial regulator may not support this transition, the notice added.

On July 6, Voyager CEO Stephen Ehrlich posted an update on Twitter. In it, he stated that the firm had begun a “voluntary financial restructuring process.” This was to protect assets on the platform and maximize value for all stakeholders.

Voyagers, today we began a voluntary financial restructuring process to protect assets on the platform, maximize value for all stakeholders, especially customers, and emerge as a stronger company. Voyager will continue operating throughout.https://t.co/TxlO4eua8E

The announcement stated that Voyager had around $1.3 billion in crypto assets on the platform. Additionally, there was over $350 million in cash held in an account for clients at Metropolitan Commercial Bank.

It added that customers with crypto in their account would receive in exchange a combination of the following:

Those holding USD in their accounts will get access to their funds. This will be after a fraud prevention process is completed with the bank.

Erhlich said that trading, deposits, and withdrawals will remain temporarily suspended. However, he added that the firm will remain in operation “pursuing all available remedies for recovery from 3AC.”