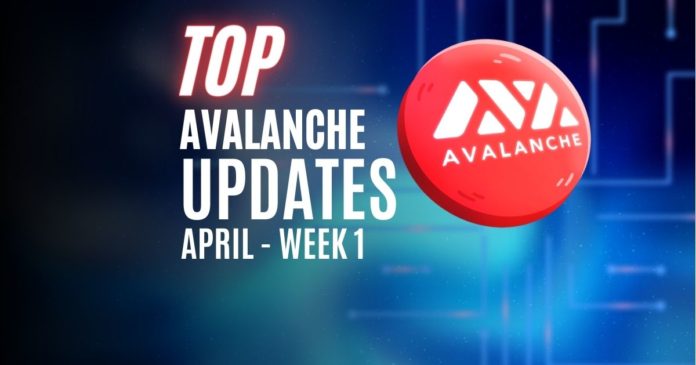 March 2022 was a busy period for Avalanche. The platform had its much anticipated Avalanche Summit in Barcelona and other partnerships and new launches. Since the start of the new month, Avalanche has maintained its high energy.

For example, Q1-2022 was a success for the Avalanche network in all ramifications. The blockchain platform retained its spot as one of the high-performing blockchain networks. Here’s a summary of the key events on Avalanche Updates during the first week of April.

1) Domi Online to Build on Avalanche

Domi Online is a leading NFT gaming platform. It offers its users complete control of their in-game assets, weapons, and rewards. In addition, the game provides earning opportunities and a series of intriguing adventures. Also, Domi has become the latest gaming platform to embrace Avalanche following its latest announcement.

CoinMarketCap's Pick – Article of the Day

On the other hand, Domi will use Avalanche’s distinctive subnet technology to provide a seamless experience with its in-game economy. This would enable another level of blockchain efficiency. Also, Domi will utilize Avalanche’s features to ensure fast and reliable transactions.

.@coinbasecloud is launching a suite of blockchain infrastructure solutions for the #Avalanche ecosystem, including a public validator that supports $AVAX, built-in fiat onramps and a query infrastructure that provides access to data.https://t.co/F6SwHK6U0C

Reacting to the news, Joe Lallouz, head of product at Coinbase Cloud, said, “We couldn’t be more excited to work with the Avalanche team to empower builders and participants. Avalanche is contributing to building a more vibrant and accessible Web3 economy, and we are looking forward to working with them to help the network grow and scale.”

Lootex is a player-focused cross-chain NFT trading platform. According to the annoucement, this platform aims to build a game asset marketplace where players can simply explore, trade, and purchase game assets across several blockchains.

Also, as part of its expansion plans, the marketplace announced its support for Avalanche. Furthermore, Lootex listed some Avalanche-based Play-to-Earn games on its platform. This includes Boss Bulls, Heroes Chained, Imperium Empires, and Crabada. The platform cited Avalanche’s Ethereum compatibility as a huge reason for this move.

We’re pleased to announce that Avalanche @avalancheavax is now supported on Lootex Marketplace.

We have already listed new Play 2 Earn games in this chain and many more will be listed soon. So stay tuned!

More details in our medium:https://t.co/BVO1lGioHw

Additionally, the integration enables users to store AVAX in their Metamask wallet and trade NFTs on Lootex Marketplace. Also, Lootex hopes to utilize Avalanche’s reliability and low cost to scale its community.

Another Avalanche Updates is Bright Union. It is now live on Avalanche a few months after it launched its mainnet on Ethereum and expanded to Polygon and BNB Chain. According to the announcement, the platform is a multi-chain decentralized finance cover marketplace. Bright Union aims to protect users and digital assets from hacks, rug pulls, and other forms of scams.

🔺Great news! #BrightUnion is now live on @avalancheavax ! #DeFi investors can now transact on the Avalanche ecosystem when covering their digital assets against #hacks, scams and protocol failures.

Furthermore, BrightUnion provides crypto users with a form of insurance that acts as a cover from harm.

Terra has diversified its plans of purchasing $10 billion in Bitcoin to create a reserve for its stablecoin, UST. Luna Foundation Guard is a non-profit organization devoted to Terra. The platform announced plans to purchase Avalanche tokens worth $100 million to increase the stablecoin reserve. As a result, AVAX will become the second asset in the UST reserve after Bitcoin.

Also, the Singapore-based organization selected Avalanche’s network due to its growth and large community. Through the new alliance, Avalanche’s users will be able to exchange UST for Avalanche tokens directly on Terra. This move marks the beginning of an alliance between both platforms.

1/ Thrilled to reveal the blossoming collaboration between @avalancheavax and Terra will also be further solidified with a $100 million Treasury Swap between TFL and the Avalanche Foundation of $LUNA <> $AVAX to strategically align ecosystem incentives!https://t.co/z9A86CWZDs

We hope you have learned from the latest Avalanche Updates. 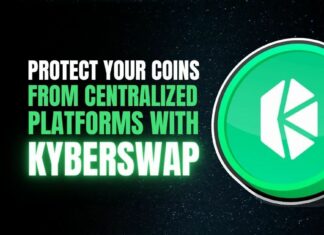 Victor - November 15, 2022 0
Because of the recent FTX scandal, we are experiencing a tipping point in the way the crypto community will begin to manage its crypto...

Spending your Bitcoin on Amazon and other E-Commerce sites just got...