This ban was brought about after the popular “Calendar 2” app added an optional Monero (XMR) miner in an update. Before the update, Calendar 2’s premium features were only accessible via payment of a fee, but now users could choose to access the app’s premium features for “free” by allowing a Monero miner to run, and all Monero mined would be sent to the app’s developer. Initially, since the app was not removed after the new addition, it was thought to be a sign that Apple would allow cryptocurrency mining apps on its app store. However, the app was soon removed since the mining process proved to violate section 2.4.2 in the App Store Review Guidelines. This section states: “Apps should not rapidly drain battery, generate excessive heat, or put unnecessary strain on device resources.” In Apple’s view, cryptocurrency mining violates all three of these.

Apple updated Section 2.4.2 of their Review Guidelines an added the clause: “Apps, including any third-party advertisements displayed within them, may not run unrelated background processes, such as cryptocurrency mining.”

There is an exception to this rule as cloud-based mining, a mining method where a user can pay to have cryptocurrencies mined on someone else’s device for a small fee, can be offered on the App Store. This is stated in section 3.1.5 (b) as follows: “Mining: Apps may not mine for cryptocurrencies unless the processing is performed off device (e.g. cloud-based mining).”

It will be interesting to see what this means for currencies such as Electroneum, which offer simulated mining. Simulated mining calculates what resources are available on the mobile device for hashing power and then uses that data to conduct appropriate payouts. Apple does not explicitly mention simulated mining in their new guidelines but may allow it since the mining process in simulated mining is not occurring on the device. 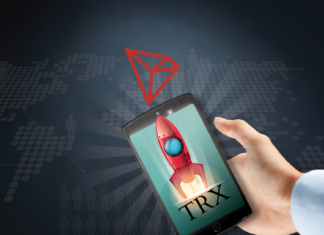