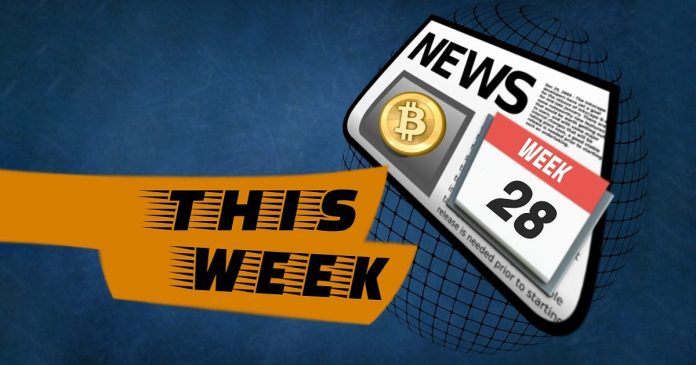 Since the second Facebook announced both Libra and Calibra they have received massive amounts of heat from regulators, banks, and investors. The reason for this is because Libra directly competes with the banking system and how it currently operates. It is important to note that it competes with banks, not Bitcoin. The reason for this is because they are all centralized institutions whereas Bitcoin is completely decentralized.

While at first glance having the president tweet out something “bad” about cryptocurrencies sounds like a bad thing until you realize he opened up his 62 million Twitter followers and all the news coverage about it to the space. If even a few percentages of people do any type of research on Bitcoin, they might be inclined to stay and help the space grow. Regardless of whether you agree with him or not, this tweet was good for crypto.

For the first time ever, the SEC has approved a crypto token offering. Any purchaser (no longer only Accredited Investors) can take place in the token sale. The company is looking to raise $28 million.

The Litecoin Foundation has added another partner, the Miami Dolphins. Users can now pay for their tickets with both Litecoin and Bitcoin. This is great to see as teams across different sports are allowing their fans to pay for tickets using crypto.

Read more about the Miami Dolphins allowing users to pay for tickets with Litecoin here: https://www.altcoinbuzz.io/crypto-news/partnerships/nfl-team-the-miami-dolphins-adopted-litecoin-as-official-cryptocurrency/

One of the US’s largest banks has now stopped their customers from buying cryptocurrencies with their bank accounts. While many banks don’t allow users to buy crypto on credit cards, Wells Fargo has stopped the purchase with debit cards too. It is never a good day when a private/public institution tells their customers where and how to spend their money. Keep an eye on this movement as it could shape our future.

The most important news over the past week was Trump tweeting about Bitcoin and cryptocurrencies. The free promotion to well over 62 million followers plus all of the media coverage is great for allowing Bitcoin to become a household name.

If you haven’t seen the tweet here is what it says:

“I am not a fan of Bitcoin and other Cryptocurrencies, which are not money, and whose value is highly volatile and based on thin air. Unregulated Crypto Assets can facilitate unlawful behavior, including drug trade and other illegal activity….”

Let’s break his tweet down. He says that Bitcoin isn’t money, that just isn’t true. Bitcoin is more money than the USD (or any fiat currency) because USDs aren’t durable (tears, water/fire destroy it), they aren’t limited in supply (governments print them to infinity), and while USD might be accepted worldwide, you can’t say the same for other powerful currencies like the EUR and JPY. There are three of the six characteristics of money that the USD (and any fiat currency) fail.

He then says that the value is based on this air. Remind me, what is any fiat currency backed by? (Wait for it) Right, thin air!

And the last thing he says is that cryptocurrencies can facilitate unlawful behavior. Guess what has been used for hundreds of years to promote unlawful and illegal activity…Cash! 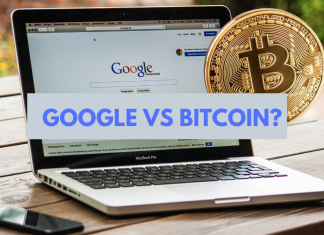 Natalia - November 22, 2019 0
Google is developing the financial service Cache, which will allow users to open and use accounts through the Google Pay application. Citi Bank will...