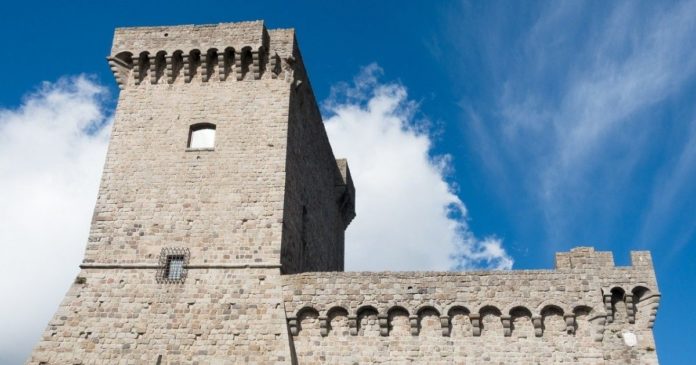 Fundamentally, the past few weeks have not been so good for cryptocurrencies. The whole crypto ecosystem has been facing a lot of Fear, Uncertainty, and Doubt (FUD) due to the few events listed below:

After the $2 billion Mt. Gox episode a few years ago, many cryptocurrency exchanges had already learned their lesson, particularly with tightening their security measures or revamping their protocols. Despite the vast security measures deployed across exchanges, many of them are still vulnerable to attacks by cybercriminals. Upbit reportedly lost approximately $51 million worth of ETH in November 2019. Japanese exchange Bitpoint lost around $30 million in cyber-attacks. In May 2019, Binance figured in a high-profile incident that had bad players running off with $40 million worth of BTC.

A recent incident that could have an impact upon cryptocurrency prices is when KuCoin, a Singapore-based digital asset exchange, declared that hackers managed to steal the private keys to their hot wallets. The result was that over $150 million worth of ERC20 tokens were stolen by the thieves. KuCoin then transferred the remaining funds in the compromised wallets to new ones. In addition, the exchange halted all deposits and withdrawals.

American authorities brought criminal charges recently against Arthur Hayes, along with fellow co-founders Benjamin Delo and Samuel Reed. Gregory Dwyer, the head of business development for BitMEX, was charged as well. They have been charged with violating the Bank Secrecy Act and conspiring to violate the Bank Secrecy Act by failing to put sufficient anti-money laundering safeguards in place.

Simultaneously, the Commodity Futures Trading Commission (CFTC) filed a civil suit charging Hayes, Delo, and Reed with “operating an unregistered trading platform and violating multiple CFTC regulations, including failing to implement required anti-money laundering procedures.” The CFTC released a statement that BitMEX’s platform has received more than $11 billion in Bitcoin deposits and made more than $1 billion in fees, while conducting significant aspects of its business from the U.S. and accepting orders and funds from U.S. customers. Seeing exchange executives facing criminal charges could put a dampener on cryptocurrency prices.

The Financial Conduct Authority (FCA) has banned the sale, marketing, and distribution to all retail consumers of any derivatives (i.e., contract for difference – CFDs, options, and futures) and ETNs that reference unregulated transferable cryptoassets by firms acting in, or from, the U.K. with effect from January 6, 2021. The FCA estimates that retail consumers will save around £53m from the ban on these products.

The ongoing pandemic is another item that could have an impact upon cryptocurrency prices. Many European countries have started seeing a surge in the number of Covid-19 cases and have decided to implement partial or complete lockdown.

If the cases continue mounting, we might start witnessing a complete lockdown across many European countries, and we all know how the markets collapsed when the first lockdown was implemented.

Despite all this FUD, we have not seen major corrections in most of the major cryptocurrency prices. Bears tried to pull BTC below $10,000 several times but failed to keep it below, and BTC, along with other majors, have not taken a major hit. This just shows how resilient BTC is. We have not lost major support areas amidst this FUD. Imagine where the price will be when there is FOMO!

Let us review some altcoin setups: 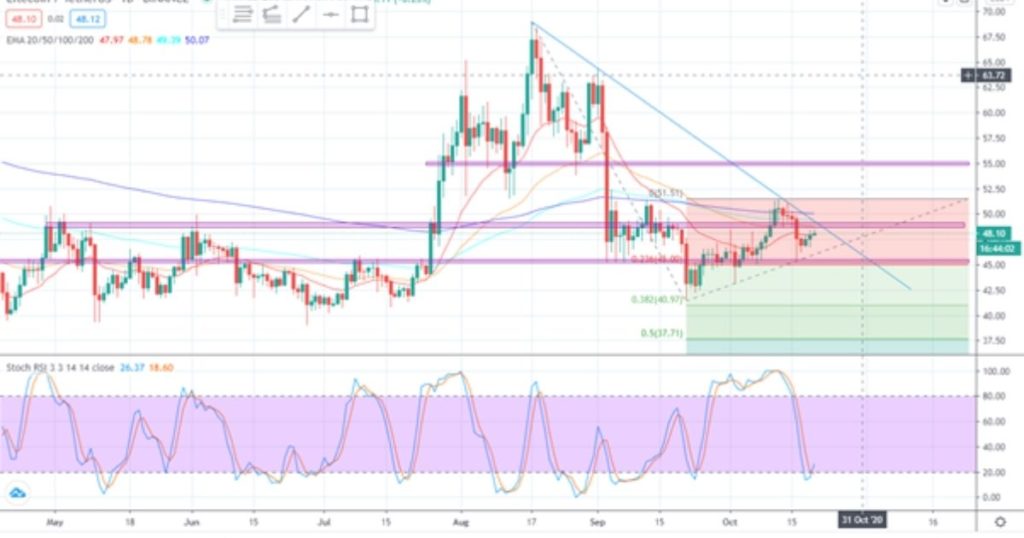 TOMO price has now approached the support zone at $0.66. If it consolidates in this area, we could see a potential move towards the 0.236 fib at $0.8, which was the previous support. Breaking $0.66 could pull TOMO price back towards $0.55. 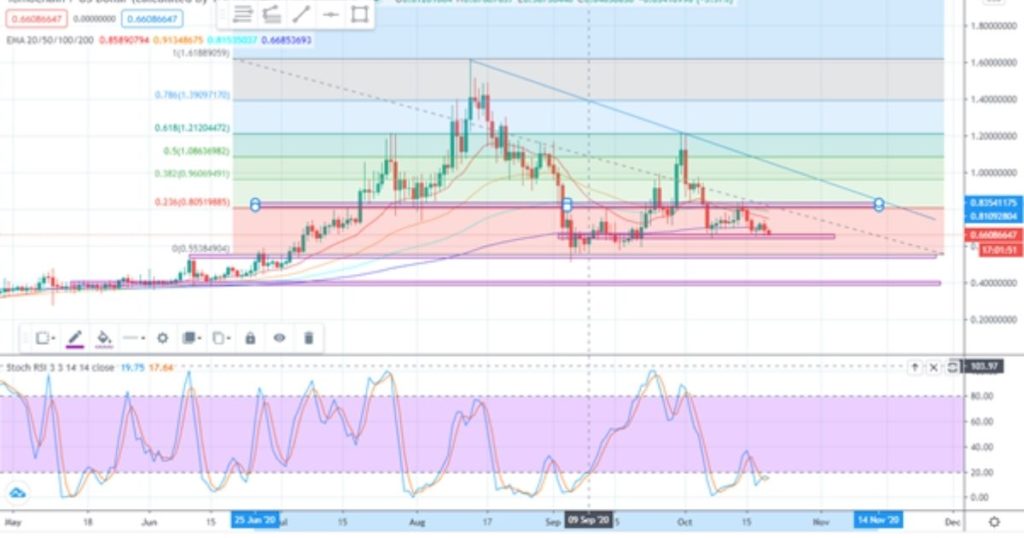 LTC price has started approaching the resistance zone at $49-49.50. It is likely to get rejected from this zone and pull back towards the previous support at $45, which coincides with the 0.236 fib of the “Trend Based Fib Extension.” Stop loss should be placed above the previous wicks at $51.

If LTC can close a few daily candles above the resistance of $49, then it could flip this resistance to support and we can open longs at this new support with a stop loss at $47.50 and target $55. 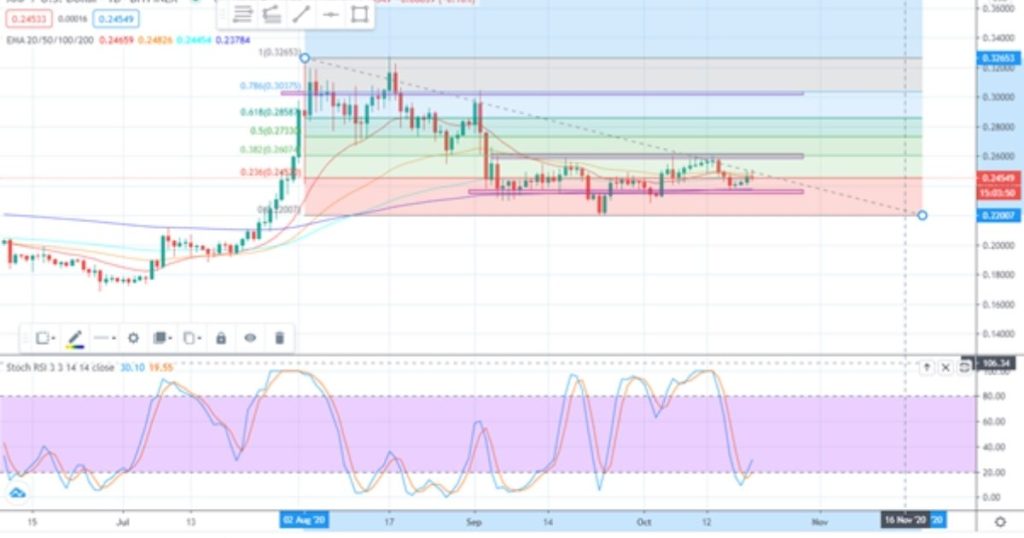 It would also be a good idea to start accumulating XRP at the current consolidation zone by dollar-cost-averaging from $0.24 to $0.22. On December 12, Flare/Spark tokens will be airdropped to XRP holders, and we can potentially see the recent high of $0.32 being passed during that event. 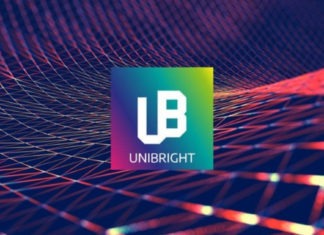