Stacks is a blockchain that adds smart contracts, non-fungible tokens (NFT), and decentralized applications (DApps) to Bitcoin. In this article, you will find out what are the potential threats to its success.

Stacks is an open-source blockchain network that connects Bitcoin to decentralized apps (dApps) and smart contracts. Despite the fact that they are independent blockchains, Stacks and Bitcoin can successfully collaborate.

They have a number of unique characteristics that set them apart. Here are a few that are notable:

If Stacks fails, it is most likely due to a lack of interest from either developers or users. The network currently contains only a few dozen dApps, indicating that it is still in its early phases. That is true for most programmable blockchains, with the exception of Ethereum. It has a bigger user base because of its first-mover advantage.

Another major concern is its close relationship to Bitcoin. Given Stacks’ technological dependence on the Bitcoin blockchain, its future success depends on Bitcoin’s sustained stable functioning. Of course, Stacks would not be the only cryptocurrency experiencing difficulties in such circumstances. Because Bitcoin drives the whole crypto market, a Bitcoin crash would impact everything. Stacks, on the other hand, would be hurt harder than other blockchain networks due to its reliance on Bitcoin.

Risk of Lack of Interest

Despite the fact the protocol is creating innovative ways to boost Bitcoin utility, WEB3 consumers may be more comfortable adopting wrapped solutions like xBTC in other chains. Particularly in L2, where transaction costs are minimal.

Currently, the majority of BTC coins in Decentralized finance (DeFi) still use Ethereum. About 94% of BTC in smart contracts are on Ethereum. Wrapped BTC (wBTC) is the most popular wrapped Bitcoin on Ethereum. It represents 80% of the market, followed by Huobi BTC (HBTC) and renBTC. These BTC are usually collateral on loan platforms like Maker, Aave, Compound, and Curve. Wrapped BTC has a market cap of $8.28B. That shows how people trust wrapped solutions. 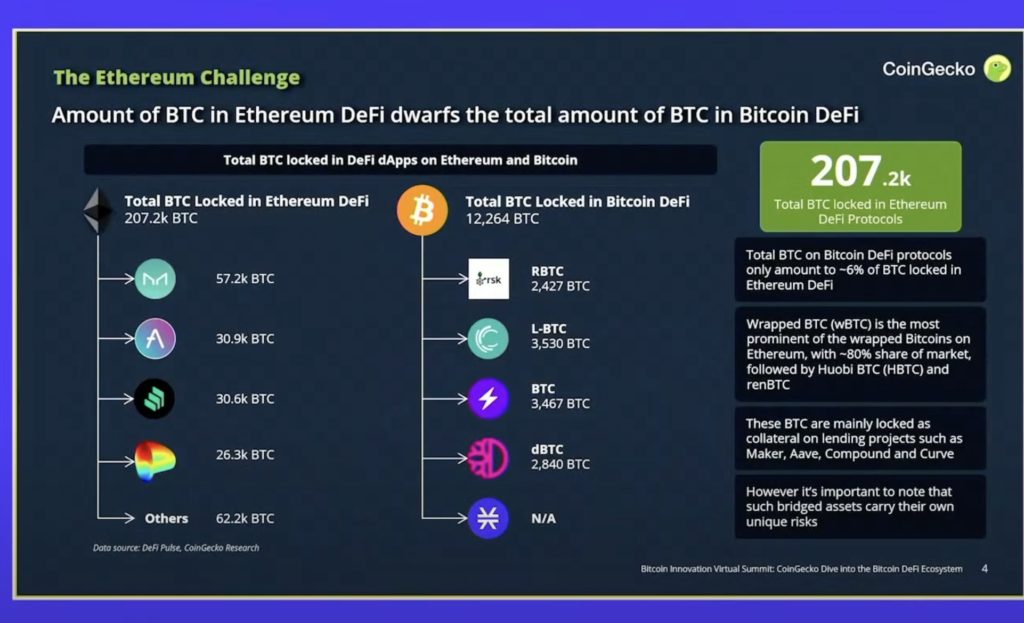 Assume that the scaling solution’s rollout is not coordinated using simple, easy-to-understand information. In that situation, they may never achieve the levels of adoption required for Stacks to compete with existing chains.

Building bridges and bringing established DeFi and NFT projects over is critical for liquidity and facilitating current web3 users’ migration to Stacks.

Stacks is a layer-1 blockchain that allows smart contracts to be executed. It is related to the Bitcoin ecosystem, as opposed to well-known smart-contract blockchains like Ethereum, Cardano, Solana, or Avalanche. It attempts to improve Bitcoin’s capabilities by building on top of it.

While this aim may be comparable to that of Bitcoin sidechains, or second-layer solutions, as a layer-1 blockchain, it offers a unique approach to achieving its goal. The project is complete with its own nodes, network, miners, and coin. Stack’s coin (STX), unlike other Bitcoin sidechains, is not linked to on-chain BTC. The Stacks blockchain employs the Bitcoin base-layer blockchain as safe storage and broadcast medium. That means that everything that occurs on Stacks (the transaction history assembled in Stacks blocks) is recorded on Bitcoin.

Their blockchain uses a method known as microblocks to increase transaction throughput and speed. Anchor blocks are Stacks blocks that are confirmed simultaneously to Bitcoin blocks that occur every 10 minutes on average according to Bitcoin’s mining process. Stacks support the creation of microblocks in between these anchor blocks. That allows for the fast settlement of Stacks transactions with a high degree of certainty. Once the related anchor block has been authorized, transactions incorporated into microblocks will be verified. The Stacks blockchain achieves scalability using this method.

Stacks is barely a year old, and despite its revolutionary nature, they are still a long way from Ethereum or other L2 levels. If they don’t attract new developers, they might never catch up to the progress of the other chains.

The simplest option to avoid this is to create innovative solutions and provide a smooth user experience. It will direct users to Stacks since they will not find similar services elsewhere, providing them a strong reason to use native Bitcoin. 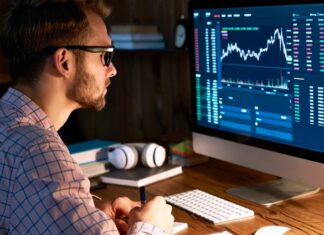 What Type of Trader Are You? Let’s Find Out!

Ani - January 11, 2023 0
Since the development of the first cryptocurrency, the number of cryptos available in the market has skyrocketed at a fast pace. Thanks to Bitcoin,...

Which Token Will Bounce First: ETH, MATIC, or AVAX?