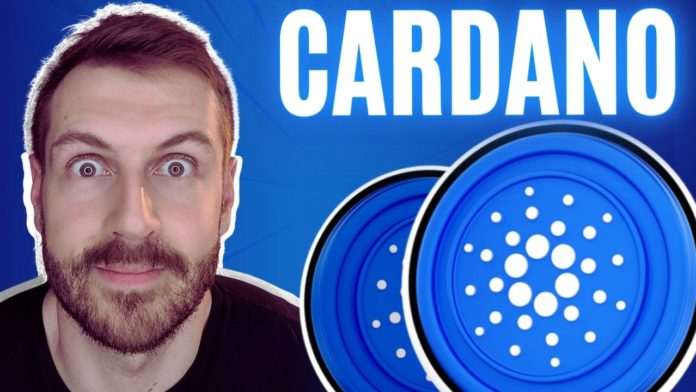 At this point, I have lost the count of relief rallies the crypto market has experienced in the last 30 days. But despite all the volatility, Cardano’s ADA has been holding its ground.

Interestingly, a recent survey revealed that the monthly inflows to Cardano have been increasing, and that too at the expense of Ethereum. There is no surprise that ADA has been among the top gainers over the last 7 days. But there is more to the story than what meets the eye. Therefore, in this article, we are evaluating what is happening with Cardano right now, and can it be one of the winner projects when this crypto winter ends?

The first signs of potential growth came from the Cardano Foundation. The organization behind Cardano posted on, its Twitter handle, the monthly on-chain stats for May 2022 and we were impressed. In May 2022:

So despite the bear pulling down the market, Cardano’s ecosystem had a good month.

Also, developers are continuing to build protocols with more proposal funds and Plutus scripts. Its weekly development activity outranked Polkadot and Ethereum last week. Higher development activity is always a healthy sign for a project, especially in a bear market like this.

Cardano is due its major upgrade called the Vasil Haardfork by the end of June 2022 (June 29th). And this will add news features to Cardano with 4 CIPs (Cardano Improvement Proposals #31, #32, #33, and #40). CIP #31 is particularly expected to reduce Cardano’s transaction cost by a great deal. The other benefits of the upgrade are:

TLDR: L1 throughput becomes one of best in crypto pic.twitter.com/jKlhyeA3MG

Both Cardano and non-Cardano communities are quite excited about this major upgrade as the private testnet has been aggressively tested by over 986 projects.

But there is a catch. According to an IOHK report, the Cardano network will not see all features and improvements immediately after the HardFork. The main reason for the delayed project implementation is the complicated transferring process of dApp based on the current version of the Cardano to the new foundation.

The closed Vasil testnet has already been launched to assess its functionality with a select group of dApps and users, ahead of the June 29th Vasil HFC event

This means that Cardano’s nodes will be entirely organic and self-regulated. Here is a demo where you can see how each node integrates.

Cardano is working on babel fees, a feature that will allow users to pay transaction costs in any currency they want.

Cardano Babel fees will give Cardano a significant edge for adoption by allowing users to pay transaction fees in USDC instead of ADA, for example. In contrast to the Ethereum example, with Cardano, it will soon be possible to buy a stablecoin from an exchange and instantly send it to your wallet, paying the fees from the same stablecoin you just bought.

14/Babel fees. Imagine being able to pay your transaction fees in Cardano in any currency.

SPOs become a sort of market maker in currencies of their choice pic.twitter.com/NwYDc46uMX

This flexible approach is more viable for mass adoption, especially for a large number of users that blockchain aims to reach with simple and decentralized banking solutions. For example, if you make a transaction for 100 USDC, you will pay $0.15 in USDC and not only ADA.

A piece of very important news related to Cardano is the latest integration with one of the most important cold wallets, Ledger.

v.4.0.0 of the Cardano app is now available to download in Ledger Live

The app is compatible with smart contracts 🧠

This will enable ADA holders to manage their assets more securely. It’s possible that in the future, some Cardano dApps will allow their users to inject liquidity directly from their Ledger. Just like you can do it now with Thorswap.

In every blockchain, there are always some protocols that have a lot of potential the others. And right now, in Cardano,  these protocols are:

Ardana is the all-in-one hub for Cardano’s native stablecoin, dUSD, which will be announced soon. In short, users will be able to mint, trade, stake, lend, borrowing, among other features,  in the same place.

Maladex is the first native decentralized exchange in Cardano’s ecosystem. On May 22nd, they just release their white paper. This means that this protocol hasn’t even started yet, so it’s good to keep an eye on it.

Genius Yield is an advanced DeFi protocol that gets together two of the most important features: liquidity DEX and an automated yield optimizer. The project has also just released its white paper.

When you add liquidity to a staking pool in a DEX, you get liquidity tokens as rewards, which you can sell or stake. Now imagine if you can borrow those liquidity tokens and get extra yields in a non-custodial protocol.  That’s Liqwid Finance.  This project is worth looking for in the future.

Another very interesting project is Aada Finance. It’s the first AMM protocol on Cardano. In short, anyone can lend/borrow assets like NFTs and earn interest from them.

Orbis Protocol is the first ZK Rollup L2 solution for Cardano. It offers optimized scalability and TPS that wants to embrace the global financial system. What makes Orbis different from other ZK Roll-ups is that off-chain node operators can not steal funds and users can withdraw their funds even when nodes are malicious.

Despite all this ADA has seen its share of price swings. Here is our outlook on what could rein the potential price rally.

On May 30th, the price of ADA was at $0.48, and the next day, it climbed to $0.68. But, it dropped 13% in the same week. Because of this many specialized financial analysis companies didn’t trust the long-term increment of ADA.

Therefore, one of the most important factors that explain the unstable behavior of ADA is the external factors.  On June 1st, the Federal Reserve started developing an asset portfolio that harmed cryptocurrencies, and Cardano was no exception.

We all know that the most important role of the FED is to control the money supply right? They do it to maintain the price stability of the economy to influence directly to other indicators.  But, during COVID time, they printed a lot of USD to giving them to people as economic stimulus, which caused the current inflation rates.

And what does the FED do to fight inflation? Increment interest rates. And when they do that, the economy suffers that measure, including the crypto industry which is highly correlated with the stock sector.

Just before the Vasil hardfork, we have the CPI report and FOMC meeting coming up which could hit the crypto market again. And ADA would be no exception

Keeping all the FUD aside. It is important to note that the main stats of Its ecosystem are growing consistently. With Vasil hardfork,  transactions will be cheaper and faster which is an important development. If there is any project that you should keep an eye on right now it’s Cardano for sure! 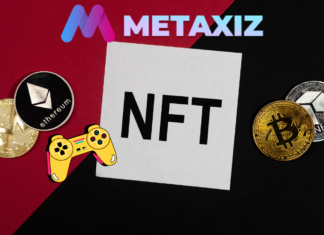 Metaxiz Combines Gaming With NFTs to Reward its Users

Lawrence Mike Woriji - February 20, 2022 0
Crypto enthusiasts are often seeking a new project with promising returns on their investment. However, these investments can sometimes be risky. For example, Metaxiz,...