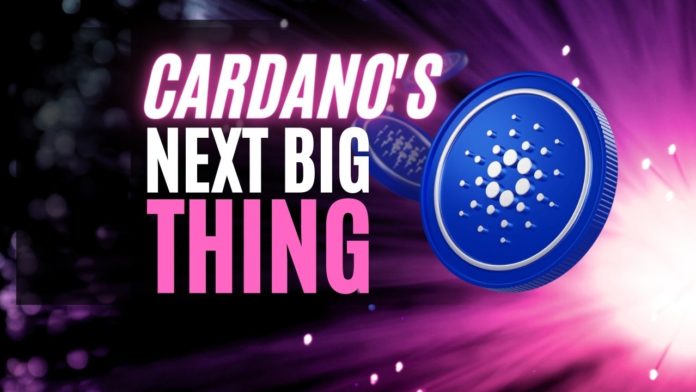 One thing crypto never runs out of is new and different ways to raise money for projects. Sadly, sometimes it ends in some kind of scam or rug pull. But many good projects get funded this way too.

Remember in 2016-17 we had ICOs. Ethereum was funded this way back in 2014. So was EOS. We’ve since also seen IEO, IDO, IGO, STO, among others. And now we have the latest, ISPO. Only on Cardano. Therefore, in this article, you will discover everything about an ISPO.

What is an ISPO?

ISPO stands for Initial Stake Pool Offering. As mentioned in this ISPO announcement for Ardana, one of our projects in today’s video,  one of the goals of the ISPO is decentralization.

You see Cardano is starting to suffer from a problem that lots of PoS chains have. That a few validators get powerful by having many others delegate their stake to them. Therefore, this is something ISPO is designed to fight against while raising money at the same time.

How? By providing fair and equal incentives to both small and big stakers. As a result, in an ISPO, an investor stakes their ADA with one of the staking pool options. It could be a big pool or a small one. But, when we get to the rewards for staking, here is where we see some changes.

In a normal environment, we stake ADA and get repaid in ADA from fees for helping secure the network. With an ISPO, the project will use some of that ADA as part of its fundraising. You, the investor, get part ADA (instead of 100%) and part new project token X. Moreover, instead of earning 4.6% on ADA, you might earn 3% with an ISPO. The other 1.6% of ADA is now in your project coin with a chance to earn based on its performance.

This means that you are trading away some of your staking reward for the project to use it for fundraising. And not just that, it’s non-custodial too. That means that the ADA that you put into the stake stays in your wallet and your control. Only the rewards move to the project for their funding. It’s a pretty smart strategy too, especially if you are long on Cardano and its ecosystem.

Now that we have a better idea of what it is, let’s look at 3 projects on Cardano taking advantage of it.

SundaeSwap is by far Cardano’s largest DEX. Their $122 million in TVL is $120 million more than the 2nd place platform, MuesliSwap. It’s the only DEX in Cardano’s ecosystem. And it’s ISPO? Officially yes, it ended earlier this week. However, there’s an interesting new development here, the potential reverse ISPO (RISPO).

The reverse ISPO went up for a vote and passed. It turns out so much ADA is sitting in ISPO pools right now, that this proposal is a way to move some to smaller, eligible pools to further promote decentralization. It passed overwhelmingly at 83%.

So now you can view the eligible pools and change your delegation to a smaller pool. So we have 2 situations: If you invested in the original ISPO or NOT.

A look at the eligible pools from PoolPeek shows that there is 595 million ADA staked for SundaeSwap already. All that and new investors staking ADA need to move it to one of the 194 eligible pools to receive the new awards.

SundaeSwap created 2 billion SUNDAE tokens with 55% of them available to the public. Of the 55%, 5% is a direct allocation to ISPO holders and with an even 1% split over 5 epochs, the ISPO investors will get paid. There are 2 and 4-year vesting schedules for the Team and Advisors.

The #SundaeSwap Protocol has now seen over 100m ADA in volume traded since launch! 🙀

Moreover, ISPO investors have another chance to get paid too. Since Sundaeswap is a DEX, any liquidity they help to provide to a trading pair containing SUNDAE earns you some extra fees.

Ardana announced their ISPO just this week, which is an asset-backed stablecoin for the Cardano ecosystem. Their stablecoin dUSD is fully backed by collateral listed on-chain. So you can easily verify the asset coverage yourself.

Ardana will section the liquidity mining programs into 90-day periods, with each one having predefined goals & plans that will be reflected in how tokens are distributed during that period. 🍀

The assets that will back dUSD are other Cardano assets, presumably ADA. They will be doing the standard of locking collateral into a smart contract and using that collateral to mint new dUSD. The vaulting and minting are non-custodial and decentralized.

They call themselves both a stablecoin and a stableswap. So it’s clear they are betting big on the growth of Cardano’s DeFi portion of the ecosystem, which is nothing to speak of other than SundaeSwap.

Moreover, Ardana takes advantage of something called eUTXO or Extended Unspent Transaction Outputs. The extended part allows for the UTXO, which is the same model Bitcoin uses, to add more information to the output including more locks and keys or to add scripts. More importantly, this extension enables smart contracts that implement Plutus smart contracts easier making the UTXO more programmable.

Ardana has its own token $DANA which is currently trading at $2.07 that has a circulating supply: 8.7 million with a total supply of 125 million. Also, the marketcap is $18.1 million.

Also, you can currently buy DANA on Gate.io, MEXC, or Bitmart.

In contrast, Djed is a #crypto-backed stablecoin, with algorithms determining its demand & supply. 🧩https://t.co/NU2z6rPWz7

Details are coming soon about their ISPO and how much $DANA you can earn by staking ADA.

Ray Network is a DeFi ecosystem that has all the usual suspects like:

✅ One year ago we began our Cardano journey. During that time we created services used by thousands!

We are just beginning! Stay tuned for more exciting developments this year!

We've been a little quiet this time, but we're about to make some noise…#cardano $ada $xray pic.twitter.com/Cg1FPKI7Kt

Also, a couple of other cool features like an NFT marketplace, a metaverse, a javascript-based SDK for building new apps, and an indexing protocol integrated with The Graph. Moreover, Ray has distributed 36 million of its $XRAY tokens and it has $136 million TVL in its staking app RayStake.

Ray has 58% of its tokens available to the public, which includes this ISPO. Also, the circulating supply is 44.5 million and the total supply is 406 million. You can only buy directly from RAY or as part of the XRAY/ADA trading or staking pair right now.

Details on https://t.co/UA52jkUrTo and in the whitepaper later.

Will this fundraising method with staking pools take off? No one knows but it’s a new and interesting way for projects to raise funds. We love that you still control your ADA while helping to fund new projects. And Cardano is well suited for it because so much ADA is in staking pools already.

You really have 4 potential opportunities from this video: Each of the 3 projects plus their effect on ADA so maybe you will want to buy more of it. We are excited to see what the future brings for this type of fundraising.