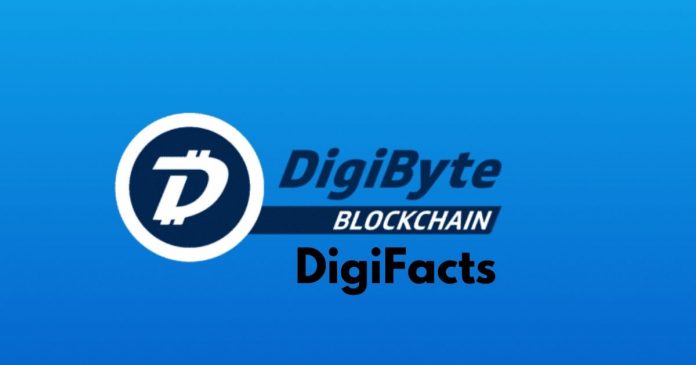 DigiByte is a rapidly growing, public decentralized blockchain platform that is also believed to be hack-proof and impossible to destroy. Making it a perfect storage option for valuable items like documents, digital data, currency, etc.

DigiByte also boasts of being one of the most secure blockchains as it is distributed across over 100,000 servers, computers, nodes, phones, etc all over the world. It also employs five advanced mining algorithms, completely eliminating the risk of centralized mining.

Transaction notification on the platform also takes about one to three seconds. And the confirmation time for each transaction is less than 1.5 minutes in comparison to Bitcoin’s confirmation average of 1 hour.

The decentralized blockchain platform published a series of facts over the past few months. It recently disclosed in a tweet that it had shared 74 facts in total and also invited users to pick their most favorite one.

The #DigiFacts have been awesome! We've shared 74 of them over the last few months, now you can find them all on GitHub: https://t.co/73fvzxrzPh
Tell us your favorite DigiFact, share it below!

Termed as DigiFacts, below is our selection of 20 information points that we find fascinating and believe you would not want to miss either.

The launch of the platform happened way back in 2014, long before the initial coin offering (ICO) craze of whitepaper projects in 2017. Right from inception, it has been a fully working blockchain with considerable improvements ever since.

There have been multiple upgrades to the network to include “Improvement Milestones”. These forks were not splits and did not generate additional coins. They had only one objective – to achieve a “reorientation of the ship” that everyone was on board with.

Within the first 30 days, there was a giveaway of a tiny DigiByte pre-mine (0.5%) to community members, with further details on BitcoinTalk. This was to incentivize full node downloads and to distribute the blockchain. Interestingly, neither the founder nor the developers retained any of the pre-mine.

DigiByte was the first coin to upgrade from a single mining algorithm to Multi Algo in late 2014. This network upgrade effectively provided additional security by having 5x algorithms.

This was the first mobile wallet with a major focus on translations for worldwide accessibility. In fact, it was available in 50+ languages on both Android and iOS.

The platform founder, as we all know, is Jared Tate. He is still active after 6 years with contributions on the code-base to this day. This is a marked departure from many other blockchain founders whom we have seen abandoning their projects after a passage of time.

DigiByte is the longest ‘unspent transaction output’ (UTXO) blockchain with over 10 million blocks. To give perspective, it will likely take Bitcoin until after the next century to reach that many blocks.

“USA Today: 10/Jan/2014, Target: Data stolen from up to 110 Million customers” was saved into the “Genesis Block” of DigiByte, forever cementing the focus on cybersecurity.

In 2019, the network upgrade replaced the Myriad-Groestl algorithm with Odocrypt. As a result of this upgrade, the platform can now specifically target FPGA mining making that algorithm ASIC-resistant.

One point to remember is that it is not an ICO or a token launched on another network. It is rather a pure blockchain project with its own consensus rules such as Bitcoin or Vertcoin.

One can use the platform to store any amounts (80 – bytes) of data along with a transaction known as OP_RETURN. This is useful for document hashes for notarization/validation, DApps, scripting, and more.

An interesting feature of the platform is that after mining is complete, the network will continue to function as it is. So, miners will continue with their activities like mining/securing the network as they do at present. They will only get the transaction fees from sending $DGB.

The Dandelion++ privacy protocol implementation into DigiByte Core also took place in the Android and iOS apps of the platform. Essentially, this resulted in improved privacy protection, even on mobile.

With the 1-Click miner, anybody can start participating in $DGB mining with their graphics card in their computer. This not only results in the user earning rewards but also helps secure the network.

You can look up any transaction on the blockchain by entering a transaction ID, Digibyte address, or block number into a “Blockchain Explorer”. The community maintains one such explorer that you can use at https://digiexplorer.info.

Have you wanted to run your own DigiExplorer? Or get other data out of the blockchain so you can integrate it with your business? There are handy guides at dgbwiki.com that will help you.

There is wallet support for Windows, macOS, Linux, Raspberry Pi, Android, iOS, and even Chrome OS. The platform also supports several dozen other 3rd party and hardware wallets, each unique from one another.

The implementation of SegWit in early 2017 has resulted in enabling atomic swaps with other blockchains safely and securely. In fact, there is no need for a second layer network to perform this as it lets users swap directly.

You can use DigiByte in retail scenarios just by entering the desired amount into your wallet. The QR code will automatically include your address and amount when the sender scans it.

Have you ever wanted to see some statistics about the DigiByte network? You can check out digistats.digibyteservers.io for an overview of the network.

You can check out the complete list of DigiFacts on GitHub.

We also recently covered the story of DigiByte entering into a partnership with Safe Haven. 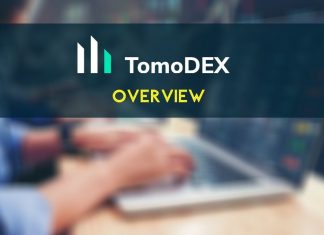