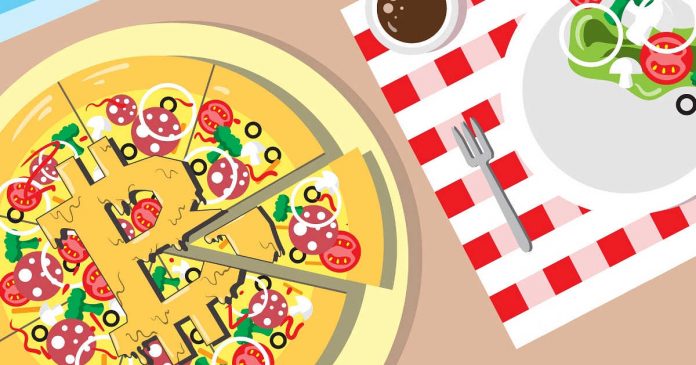 In a few days, on 22nd May we will be celebrating the 9th anniversary of the first Bitcoin Pizza purchase, often considered as the first documented purchase of a tangible good or service using Bitcoin. The transaction demonstrated the value of Bitcoin and showed its immense potential as a currency of trade, paving the way towards the wide popularity of Bitcoin.

22nd of May is celebrated as Bitcoin Pizza Day.

The Bitcoin Pizza is actually 2 Papa John’s Pizzas purchased at 10,000 Bitcoins, then amounting to $41, only!

On May 18th, 2010, Laszlo Hanyecz, a programmer posted in Bitcointalk:

“I’ll pay 10,000 Bitcoins for a couple of pizzas.. like maybe 2 large ones so I have some left over for the next day.  I like having leftover pizza to nibble on later.  You can make the pizza yourself and bring it to my house or order it for me from a delivery place, but what I’m aiming for is getting food delivered in exchange for Bitcoins where I don’t have to order or prepare it myself, kind of like ordering a ‘breakfast platter’ at a hotel or something, they just bring you something to eat and you’re happy!

I like things like onions, peppers, sausage, mushrooms, tomatoes, pepperoni, etc.. just standard stuff no weird fish topping or anything like that.  I also like regular cheese pizzas which may be cheaper to prepare or otherwise acquire.

If you’re interested please let me know and we can work out a deal.”

On May 22nd, 2010, he reported that the transaction was complete:

“I just want to report that I successfully traded 10,000 Bitcoins for pizza.”

Below are the pictures of the Pizza purchased. 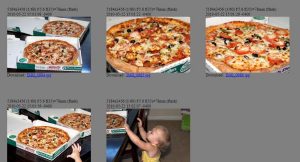 The transaction is recorded on Blockchain.info 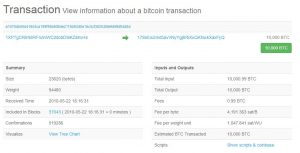 In an interview to Bitcoinwhoswho Jeremy Sturdivant mentioned:

“Bitcoin as a currency is meant to be spent. Those 10,000 BTC made it back into the economy fairly quickly, around the time they were worth some $400. A ~10x ROI from simply trading in a different currency is quite good, even if that factor could have been higher had I held on to said currency longer………… Notably, the “humble bundles” and the attached store accepting Bitcoins significantly bolstered my video game library.”

Impact of the incident in popular culture

As amazing it is, and the funnier it looks from outside, this event is of huge importance. A big salute to Hanyecz, for, if not because of transactions like these, Bitcoin would never have seen the high values of recent times.

In 2013, Hanyecz told the New York Times that “It wasn’t like Bitcoins had any value back then, so the idea of trading them for a pizza was incredibly cool,” he said. When the Bitcoin reached $1, he cashed all of his in, earning “enough to get a new computer.”

The first Bitcoin Pizza Transaction for 2 Pizzas cost $41. The comparison of this price to the latest price is called the Bitcoin Pizza Index.

To commemorate the transaction, May 22 is celebrated as  Bitcoin Pizza Day. Discounts are offered by various Pizza providers worldwide. Many other enthusiasts celebrate the day by offering discounts, giveaways or merrily congratulating each other.

In 2018, Ledger released a Pizza Day Limited Edition of the Nano S.

According to Ledger: “Pizza Day is a day to reflect how far we’ve come, how digital assets have moved from niche to mainstream, and celebrate the work of the community in getting this far. But it’s also a reminder that the world of crypto continues to move at pace, and that our most exciting and significant work may be ahead of us.” 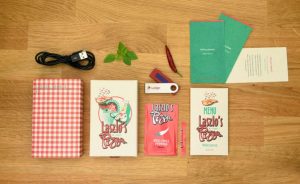 Today: A Comparison with the Historical Transaction

On February 2018, Hanyecz sent 0.00649 Bitcoin ($67 on the day) to a friend in London for two pizzas delivered to him in Florida. The coins were sent over the then newly launched Lightning Network, a proposed solution for Bitcoin Scalability.

Hanyecz’s point with making another pizza purchase is to prove that Bitcoin could remain a viable payment system with the addition of the Lightning Network. “Maybe eventually pizza shops will have their own Lightning nodes and I can open channels to them directly,” he commented. 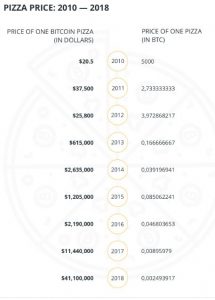 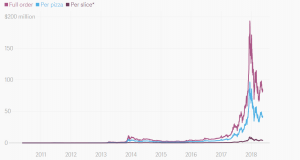 How can we purchase Pizza with Bitcoin now?

Lightning Pizza lets you order Domino’s Pizza using the Lightning Network. They offer  5% off, <$0.01 transaction fees, instant settlements and ~30min delivery time on every order. Lightning Pizza is the First Nation-wide retail service powered by lightning payments meant to spread utility and spur awareness and adoption. The Lightning Pizza stands on the shoulders of giants, special thanks to LND labs, Satoshi, etc. 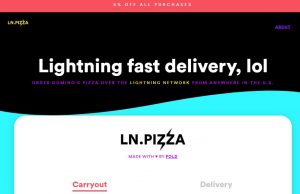 More details in this article.

Please refer to my post: What to Buy with Bitcoin and How to Pay with BTC?  You will find some other ways of purchasing Bitcoin Pizza here. 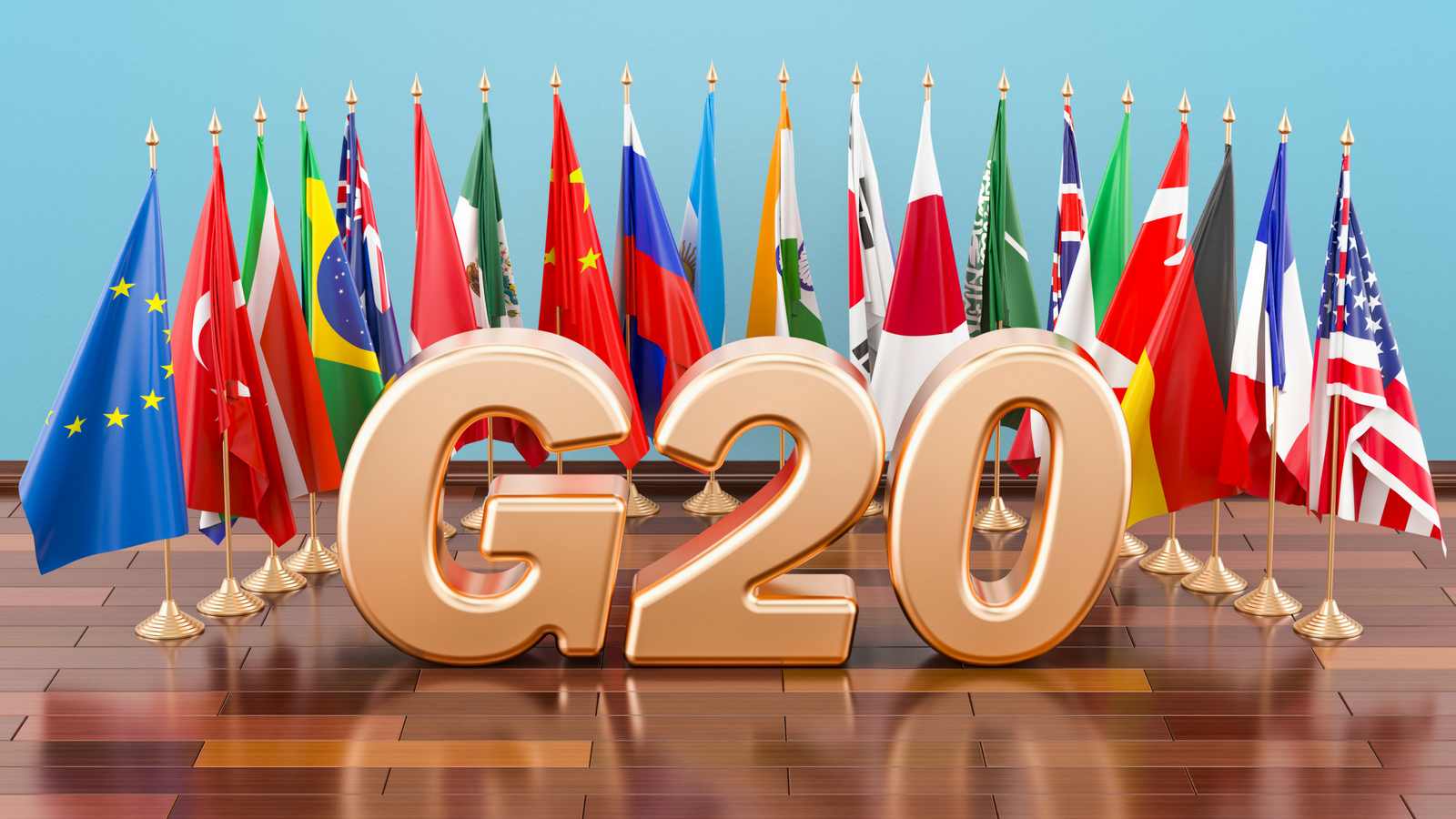 Lesia Dubenko - December 3, 2018 0
The leaders of G20, a group which unites the leading 20 economies in the world, has issued a communique on Sunday entitled  "Building consensus...