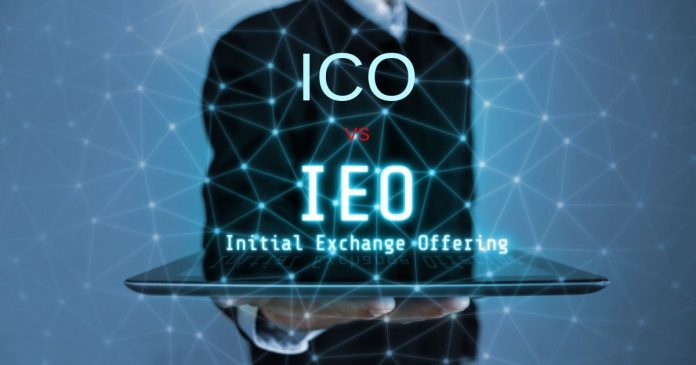 Technically both ICOs and IEOs are “Siamese twins” but from a participants standpoint, the difference is significant. An ICO (Initial Coin Offering) is open to the public for sale while to participate in an IEO the participant needs to be a user of the exchange that hosts the IEO sale.

The collapse of 80% of the ICOs of 2017 drove this operational change. ICO investors booked heavy losses during this period where the majority of ICOs failed in the absence of a potential use case or were run by fraudulent teams. The impact snowballed, ICO fundraisers struggled to find investors for legit and potential projects.

The decline of ICOs fueled the development of alternate fundraising protocol ‘IEO’ which rapidly seems to be becoming the mainstream fundraising solution. IEOs have seized the attention of exchanges, innovative blockchain projects, and investors across the globe.

Differences between IEOs and ICOs

Before we set out the differences let us understand IEO.

The latest crowdfunding mechanism requires project developers to generate the tokens which are then sent to an exchange for them to be sold. It is the exchange that acts as a mediator between the project developers and individual investors to offer full-scale crowd-sale services.

With a deeper understanding of the fundamental differences between the IEOs and ICOs offers a better future insight into the sustainable success of the IEOs:

While ICOs crowd-sale is executed by the project teams, IEO crowd sale is administered by a cryptocurrency exchange.

The AML/KYC is conducted by the cryptocurrency exchanges in case of the IEO while for the ICO’s the the project owner is liable for the identity validation of individual investors.

The IEO’s become instantly tradable as the project developer needs to send tokens to the exchange before the sale goes live. Thus the wait-time to trade IEOs is negligible.  While in the case of ICOs, once the crowd-sale is over, projects owners start looking for exchanges that are ready to list their tokens which at times leaves the investors stranded with tokens.

In case of Initial Coin offering, the individual investors struggled to examine whether the projects are legitimate or not. For IEO participants, it comes as a big respite that the project scrutiny is conducted by the crypto exchanges before the IEO’s are available for sale.

Token minting of IEO starts before the sale starts but in the majority of ICOs, the process starts once the fundraising is over. This window gives fraudulent ICO floaters an opportunity to flee with the investors’ money.

IEOs are automatically marketed to the crypto-exchange users. In the case of ICOs, project owners struggle and spend a lot on marketing. It took only 22 seconds for IEOs crowdfunding projects like Project Fetch.AI $6million on popular exchange Binance.

Why will IEO prove to be a successful fundraising and crowd-sale platform?

The crypto landscape is yet to be infiltrated by IEOs because the exchanges are being careful about the due diligence of projects because their reputation is at stake. The success story of BitTorrent which used Binance as an exchange to sell its IEOs fetched the project $7.2 million in 15 mins. Since then, IEOs like Harmony, Matic, and others, proves the huge potential that IEOs have.

With the declining confidence in the ICO mechanism of fundraising, IEOs brought a respite to both individual investors and blockchain projects. When project RAID used Bittrex platform to sell its IEO, the Bittrex team was on continuous vigil and as soon as they realized the RAID and OPGG, the partnership was called off, they canceled the cross-sale. This scale of protection can be provided to investors only when an exchange acts as an intermediary.

The extensive project screening advantage by exchanges for IEO sales will help re-establish the trust in the crypto ecosystem. 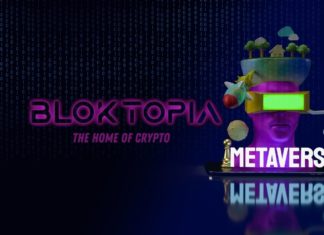 Everything about Bloktopia, a 21-Floor Decentralized Metaverse.

Victor - October 3, 2021 0
According to Coingecko, the metaverse sector is one of the fastest-growing sectors in the entire crypto ecosystem, with a market cap of over USD...