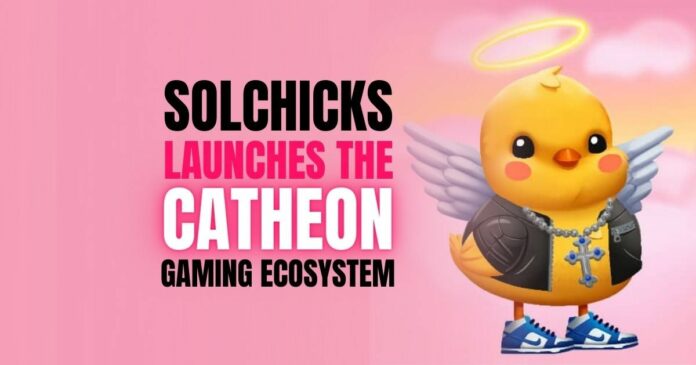 SolChicks is Solana’s leading NFT Powered Fantasy P2E Game. However, from a single game, they turned into a full-fledged gaming ecosystem. Say hi to the Catheon Gaming Ecosystem.

This brings a whole new array of changes. The Catheon gaming ecosystem adds more games and a new token to serve the entire ecosystem, CATHEON. So, let’s have a look at these changes.

What Is the Catheon Gaming Ecosystem?

The Catheon Gaming Ecosystem (CGE) is an in-depth gaming ecosystem. It interconnects all current and future games. From just one game, SolChicks, they jumped to 25 games. These are all under development or already published. Their vision is to “Revolutionize the way we play, live, and earn.“

To achieve this, they use 4 pillars.

This brings us to another important change. Their new CATHEON token. Let’s have a look at this, after the video. The video below shows an introduction to the Catheon Gaming Ecosystem.

What Is the CATHEON Ecosystem Token?

The CATHEON token is unique. It has the most utility compared to any other blockchain gaming ecosystem. The CHICKS token just got an incredible upgrade. Instead of using it only for 1 game, it now serves an entire ecosystem. This also includes the CGC, Catheon Labs, and their metaverse. To clarify, here are some utilities of the CATHEON token.

This makes it a one-of-a-kind token on both Solana and Polygon. The picture below emphasizes the token’s utilities. 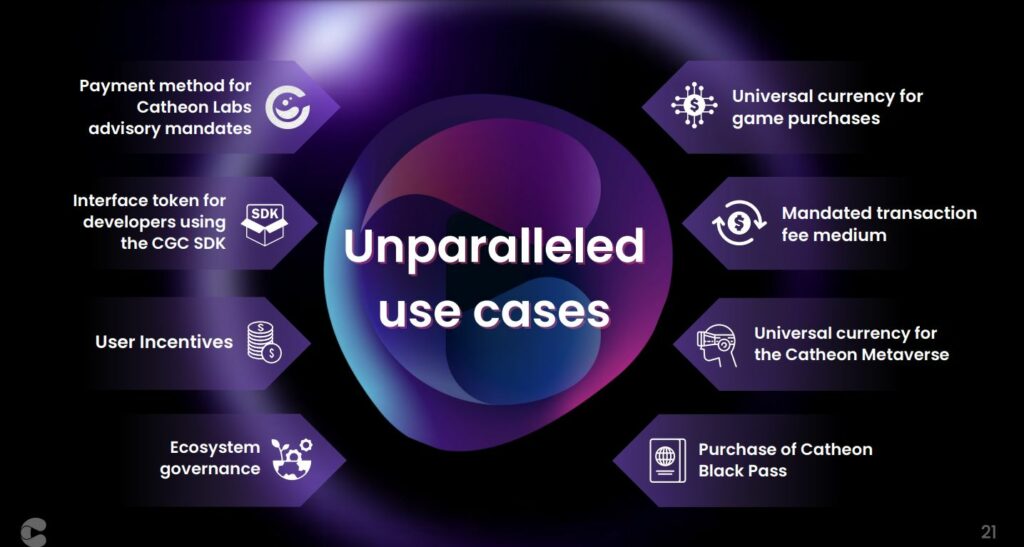 How to Get the CATHEON Token?

The only way to get the CATHEON token is by swapping CHICKS tokens. The team took a snapshot on 13th October. So, come 24th October, the actual launch of the CATHEON token takes place. They release a swap dashboard on the Catheon Gaming website. This will be active for at least 12 months. Furthermore, you can expect listings on DEXs and CEXs. There is talk of Gate.io and MEXC Global.

To recap, there will be no private or public sale. Only holders of CHICKS tokens on the snapshot from 13th October qualify to swap tokens. However, as of the 24th of October, the CATHEON token is also available on DEXs and soon afterwards on CEXs.

There will be 10 billion CATHEON tokens. However, there’s also a burn mechanism in place. 50% of all revenue the ecosystem generates, is part of this burn mechanism. The team is also working on staking features for their token.

To clarify, any CHICKS tokens bought after 13th October don’t qualify for the swap. Also, if you sell CHICKS after the snapshot, you won’t be able to use them in the swap. Your swap will be 50% immediately. For the remaining 50%, you receive an airdrop over 12 months. For more information about the CATHEON token, you can check this FAQ page. The picture below shows the tokenomics of the CATHEON token.

The GameFi and gaming industry is good for $250 billion. However, with the rebranding to Catheon Gaming, SolChicks is having its foot in the gaming door. This resulted in one of the deepest gaming ecosystems currently around. As a result, Catheon is well on its way to revolutionize the way we play, live and earn.

The current price of the SolChicks CHICKS token is $0.00387169. During the last 30 days, that’s a 112.9% price increase. This will soon be the CATHEON token, with the same price and max supply. Their market cap is $2.4 million. The max supply is 10 billion tokens. However, only 693 million are in circulation. This is something to keep an eye out on.