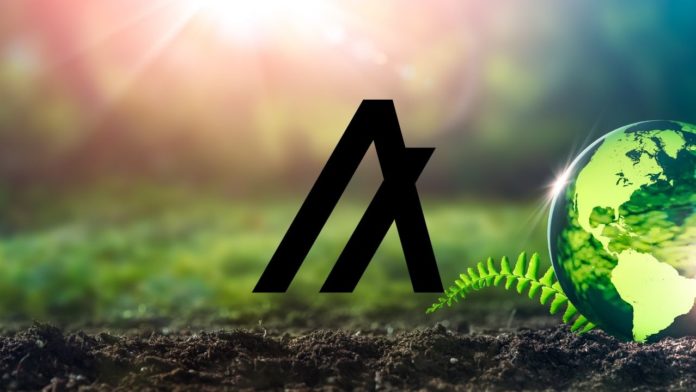 In Times Square in New York, Algorand demonstrated its commitment to sustainability and climate-first technology. Algorand is a blockchain company that is transforming business models of all types. Therefore, in this article, you will discover what is Algorand doing in this aspect.

Algorand is Honoring its Environmentally-Friendly Technology on Earth Day

The takeover began when Earth Day celebrations throughout the world began – on Earth Day Eve in the United States, Thursday, April 21, from 8:00-9:00 p.m. EDT. It shows that the future can be created using cutting-edge, energy-efficient technology.

Algorand chose to send its message on the significance of sustainable technology to Times Square. It is one of the world’s most visible and innovative locations. The billboard takeover contrasts Algorand’s sustainable technology. The one-hour takeover represents 350 million finished transactions on the Algorand blockchain chain and 90 hours of the network running. In comparison, that would be equivalent to only six completed transactions on the Bitcoin network running for 1.5 seconds.

Since its inception, this blockchain has promoted sustainability. It was built from the ground up to have as minimal influence on the environment as possible. Therefore, Algorand has been a leader in reducing the environmental effect of blockchain technology. It is because of its pure proof-of-stake consensus method, which uses no processing power or electricity. When compared to the Bitcoin blockchain, digital asset creation and transactions on Algorand generate 120 million times less CO2.

From the very beginning, the #Algorand blockchain has allowed users to do more while using less energy 🍃🌱

Tonight, on the eve of #EarthDay2022, join us in advocating for a greener future — one powered by sustainable, energy-efficient technology 👉 https://t.co/P9Bg4kN6Wm pic.twitter.com/cJhUOLgx5R

Algorand Foundation CEO is Warden Staci. He stated: “Algorand was designed from the ground up to accomplish the global speed, scale, and decentralization. At the same time, it is keeping a lightweight, energy-efficient footprint. That’s what separates us from other blockchains.”

Moreover, he added that Algorand aims to achieve global financial inclusion on a large scale. From standard payments to NFTs, DeFi, and the metaverse, Also, Algorand has the technology to enable speed, scalability, security, and decentralization, all while staying carbon-neutral.

Algorand is a permissionless blockchain network based on a decentralized byzantine system. Moreover, users can utilize PoS to reach a consensus and validate transactions based on the percentage of ALGO tokens they own.

In addition, Algorand will be able to meet huge computing power demands. This will help to solve issues like the possibility of a 51% attack and any attempts at forking. This could make previously invalid blocks and transactions valid again.

Algorand’s blockchain protocol enables it to process thousands of transactions per second. All while remaining low-latency and low-cost. This makes it simple for businesses and individuals to adopt. 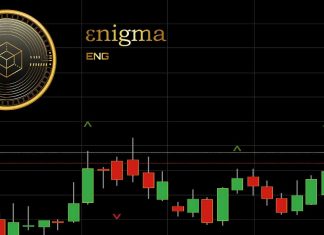 Robert Patrinjei - March 27, 2019 0
Enigma Protocol token has been gaining momentum in the past 24 hours and the price had a surge of 60% at the moment of...