A report published by OneAlpha last month, states that Bitcoin is gaining strength after the massive sell-off in 2018. According to the report, the December 2017 and January 2018 boom and bust had a cleansing effect on the ecosystem. Furthermore, the stability of the last weeks is a sign of a more mature market that moved past the hype phase.

A report by OneAlpha revealed that Bitcoin’s market has been gaining strength after the 2018 correction. The stability of the last weeks is a sign of maturity of the markets that seem to have passed the hyped stage -both bullish and bearish- of the previous months.

One Alpha, founded in 2017 by Yaniv Feldman, is part of the First Digital Assets Group. First Group creates products and services for the digital assets economy through incubation, investments, and partnerships.

The rapport states that the corrections that the market has seen in 2018, were necessary to move past the hyped phase that Bitcoin was in. This decline in the markets served as a “relief” and generated a “cleansing effect” on the ecosystem. After the corrections, Bitcoin seems to have stabilized, giving it more credibility as a market and not a ‘bubble’.

According to the report:

“From our perspective, the prolonged bear market provided the sector with a much-needed relief, lowering valuations to a more sensible level. Despite the considerable correction, a large portion of the value represents the future potential of the network rather than its current one. The December 2017 and January 2018 boom and bust had a cleansing effect on the ecosystem, removing many of the speculators and leaving mainly real investors, operators, and builders in the market. This is what was necessary to move forward and build a successful ecosystem.”

Optimistic View Of The Future

Stating that Bitcoin has stabilized and that the market is therefore maturing, the report shows a positive outlook for the future. While the market behavior in 2018 was, according to analysts, a natural and necessary reaction to the craziness of 2017, Bitcoin is entering a new phase that can turn out positive:

“We are experiencing a phase of sobriety and maturation – a decline in retail investment and a more careful, responsible approach from institutional investors on one hand and regulators around the world on the other. A long bear market might be the ideal climate to let the dust settle and examine, both internally and externally, the true possibilities that lay within the cryptocurrency and blockchain ecosystem. Ultimately, the goal is to take a step further and bridge the gap between consumers, traditional investors, and blockchain technology.” 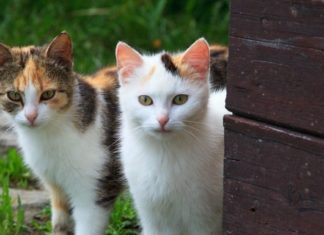 Racheal - December 31, 2020 0
Well-known as a top-notch decentralized finance platform, TrustSwap has recently disclosed details of its upcoming Swappable marketplace. In line with this, SYNC has shown...

How To Use The ChainSwap Bridge