In a bid to increase its role in the digital assets space, payment behemoth PayPal has announced its intention to acquire Israeli-based digital asset security and custody platform Curv.

Announcing the future acquisition via an official press release, PayPal noted that the purchase of Curv is mainly to help in the company’s plans to both expand and accelerate its initiatives to support digital assets and cryptocurrencies.

According to the announcement, the acquisition is in line with the payment giant’s mission to help shape and promote the role of cryptocurrencies in the future of financial services and commerce.

PayPal further revealed that the full acquisition of Curv is expected to take place before the third quarter of 2021. It was also noted that Curv will be integrated into PayPal’s newly formed group focused on cryptocurrency, blockchain technology, and digital assets. The integration will see Curv adding technical expertise to the payment platform.

Addressing the purchase of the crypto custody platform, Curv CEO Itay Malinger noted that the firm was pleased with the acquisition. He stated that Curv was proud and delighted to be acknowledged as a partner with leading financial institutions globally.

“Now, as the adoption of digital assets accelerates, we feel there’s no better home than PayPal to continue our journey of innovation. We’re excited to join PayPal in expanding the role these assets play in the global economy,” Malinger added.

Speaking on the acquisition of Curv, Jose Fernandez da Ponte, PayPal’s vice president and general manager, blockchain, crypto and digital currencies, said the acquisition is intended to help the payment giant achieve its vision of a more inclusive financial system.

According to him, the Israeli-based digital asset security and custody platform will bring a strong team of technologists to help achieve the desired mission.

“During our conversations with Curv’s team, we’ve been impressed by their technical talent, entrepreneurial spirit, and the thinking behind the technology they’ve built in the last few years. We’re excited to welcome the Curv team to PayPal,” he noted.

Notably, the exact terms of the agreement weren’t revealed. The acquisition of Curv by PayPal is scheduled before Q3 of this year and will be happening alongside PayPal’s unveiling its digital currency services on its mobile payment app, Venmo.

Since it announced its support for cryptocurrencies and digital assets, PayPal continues to show significant readiness to offer crypto services.

Currently, PayPal offers people in the United States the ability to use the payments platform for buying, selling, and storing crypto. Also, the payment giant has disclosed that it would soon be extending these crypto services to the United Kingdom and other parts of the world.

The news that PayPal was buying Curv led to a major spike in the value of the CRV token when it first broke late last week. It surged as high as $2.63, but the rub is that Curv, the company being bought by PayPal, has no native token. CRV is the native token for Curve Finance, which is not part of the deal. Many people mistakenly confused the two companies, which led to the CRV token shooting up in value as speculators rushed in. 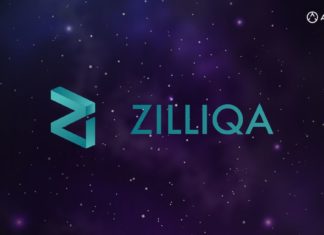 Camille Lemmens - June 3, 2022 0
The Zilliqa ecosystem keeps growing. This layer 1 blockchain just keeps building. They are a key player in web 3.0 and the metaverse. It...

EOS’s Creator Has to Pay a Stupendous Sum