The South Korean exchange recently announced it would stop operations due to financial difficulties.

“Due to negative internal and external influences, management difficulties could not be overcome and normal operation became impossible.”

Prixbit explained that it had worked hard to deal with hacking, money laundering and voice phishing. It also promised to return deposits for users that provided customer information. The exchange advised other deposited token owners to register for a refund quickly. The exchange further said that the refunds involving the exchange’s native tokens PRX and GRX has already been completed.

In a report, BusinessKorea claimed that the failure of the exchange had to do with “financial difficulties and investor’s concerns.” It also wrote that more South Korean exchanges are in danger of closing down.

The magazine said the weakness of the local environment is leading many coins to seek listings overseas. It mentioned Mediblock, a medical-related blockchain project, and Temco, a supply-chain blockchain project. They are examples of local Korean players seeking the listing of their coins on overseas markets. The magazine said Mediblock and Temco were looking at Singapore or the U.S.

In June, BusinessKorea reported that the biggest bank in the country, KB Kookmin, entered a partnership. The bank partnered with a cryptocurrency startup, Atomrigs Consulting to develop custody solutions.

There is little information available about Prixbit as the exchange seemed to do very little while in existence. According to reports, the exchange launched in February 2019 and the exchange was to issue two tokens, GRX and PRX.

Many crypto exchanges in South Korea are struggling to continue their operations, despite being a major market for crypto trading. Excluding four major digital asset exchanges in the country, exchanges don’t have access to the banking ecosystem. Therefore, they can’t offer fiat-based services. 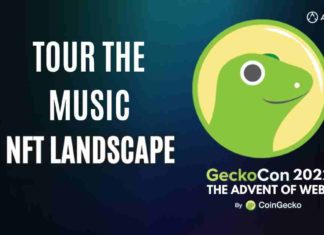 GeckoCon: A Tour of the Music NFT Landscape

Shuab Akhtar - July 22, 2022 0
Here is the GeckoCon 2022 session called “A tour of the Music NFT landscape”. This occurred on the first day of the conference, Thursday...