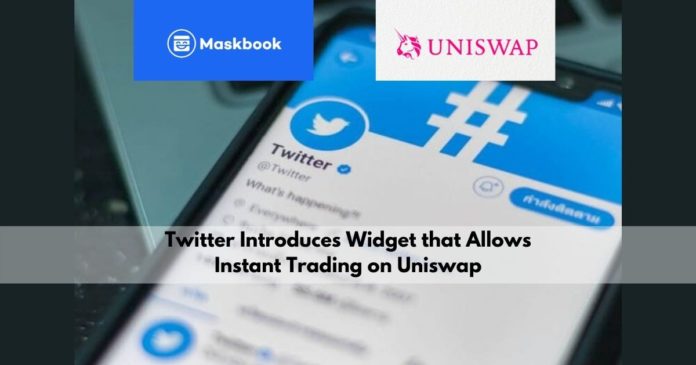 Mask Network, with support from Uniswap and CoinMarketCap (CMC), has disclosed details of a recently launched widget for Twitter.

Mask Network made this announcement in a series of tweets on September 24, 2020. The platform furthermore added that plans are in place to also extend this service. Social media platforms like Facebook aren’t its only goal, as Mask Network hopes to extend its widget feature to the DeFi ecosystem as well.

1) Today we are thrilled to introduce a new version of #Mask with a trading widget powered by Uniswap & CMC. It will automatically pop up whenever your mouse hovers on a "$+ticker" like $ETH or $UNI. Users can now view token price and trade with Uniswap without leaving Twitter! pic.twitter.com/xJQsBNKdTS

Now, instead of moving to the CMC platform to execute a trade, interested users only need to hover on the widget on Twitter. Mask Network will open up a window providing token prices on Uniswap. Users can then trade any ERC tokens available on Uniswap directly on Twitter.

Since its launch in 2019, Mask Network has achieved several laudable feats. First, it launched a widget that helped users encrypt posts on both Facebook and Twitter.

Over time, it launched several other widgets. One outstanding example is the ability to fund various Ethereum projects via the Gitcoin Grants program. Users can directly fund a diverse range of projects through Maskbook, a Chrome extension for Twitter and Facebook.

Apart from the Twitter widget, Mask Network also looks to facilitate easy migration from Web 2 to Web 3 apps. Furthermore, plans are in place to introduce other features like “Initial Twitter Offerings,” yield aggregator, portfolio analysis, and an NFT marketplace soon.

The platform also has its eyes set on the fast-growing e-commerce sphere.  Its team sees a future for non-fungible tokens (NFTs) as inevitable. Hence, it plans to launch an NFT marketplace soon. 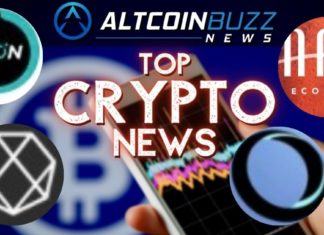 Racheal - December 29, 2021 0
We’ve seen a lot of lateral trading in the cryptocurrency space in recent times. At the time of writing, Bitcoin also known as the...