Verge has been in the news a lot lately. The privacy coin managed to amaze a lot of crypto traders when on the 22nd of March, they asked users on Twitter to donate 75,000,000 XVG (equivalent to more than $4.7 million) so they would be able to close a “potential partnership”. According to Verge it would be the largest partnership in crypto to date.

Although it is a very bold move to ask your users to pay you to reveal a partnership, the Verge price shot up regardless. On the day of the deadline, the goal required for the “potential partnership” was met. A cause for celebrations? Well, not yet.

Despite the promise to release the name of the company on the 26th, at a recent exclusive appearance on The Larry and Joe Show, CEO Justin Sunerok mentioned he could not reveal a lot of information yet due to a non-disclosure agreement. Strange. You and your team have just won the largest partnership ever and you have promised your investors to inform them the same day, but you refuse to do so? It seems like a promise is broken. Sunerok did say, however, that on the 16th of April;

“We’re going to be doing something special.”

“Everybody that’s been in Verge waiting for this is going to be really happy. There’s no way to be unhappy about the coin that you love entering a gigantic market exclusive adoption…I know it’s going to be exclusive for a long time.”

Soon after, Verge announced the official release date was pushed back one day. According to Sunerok, all details of the mysterious partnership will be now revealed on April 17th.

Because of all the news, the Verge cryptocurrency (XVG) is one of the few crypto coins that has enjoyed value increments over the past few weeks. Were most coins have seen a decrease due to bearish trends, Verge keeps going up.

Verge holders should, however, keep a close eye on the 17th and also be very cautious. As is often the case, these announcements frequently lead to big increases in the price – followed by equally big drops in value once it becomes clear the so-called partnerships were blown out of proportion.

“Why do I get the feeling this is going to be a massive letdown? I really hate hype of any kind, for any product. Seldom does the product or news ever live up to it.”

The fact that Verge asked for donations in order to land this partnership can definitely be seen as a strange move. Even stranger, however, is the fact that Verge has landed an angel investor in an entirely new currency referred to as TokenPay. This Angel Investor contributed the biggest share in achieving the Verge crowdfunding goal. If you are not familiar with TokenPay: TokenPay is dubbed as the “world’s most secure coin” and has been called “Bitcoin on Steroids”. Or that is at least how they call themselves.

On the day of the deadline, the counter showed 20 million Verge. Of this, 15 million was donated by TokenPay. To make the “partnership” story even more dubious: on the day of the deadline, TokenPay announced to donate the remaining number of Verge. This means TokenPay took care of the largest share of the 66.5 million XVG. Almost 89 percent of the 75 million XVG required. Might have something to do with the fact that the head developer of Verge, Justin Vendetta, is an advisor for TokenPay? Ironic.

In the meantime, a tweet from the CEO of TokenPay on April 8 revealed that TokenPay is most likely the mystery partner. We will definitely find out in a week.

We have succesfully forked! **We are not doing any ETH give away's, as seen below by spam accounts** $XVG #vergefam

Last week the network was taken over by a so-called 51% attack. This means that a group or person has received more than 50% of the computing power of the network in its possession. Because of this bugs could be exploited, allowing 1 block per second to be mined.

As a result, for many hours the hacker could steal away all the block rewards and run off with hundreds of thousands of dollars worth of Verge. According to Ocminer’s post on Bitcointalk forum, the hacker got hold of enormous amounts.

We had a small hash attack that lasted about 3 hours earlier this morning, it's been cleared up now. We will be implementing even more redundancy checks for things of this nature in the future! $XVG #vergefam

Because of this, on the 8th of April Verge forked to prevent the attack from happening again. A fork means that a new version of the blockchain has been released and that therefore the bug in the code can no longer be exploited. It is worrying though that it took several days before the bug was resolved, a bug that was only discovered after tips from people outside of the Verge team.

After the news, the XVG market price stabilized again, but it never sank down too far in the first place. It is quite remarkable to see that the price of XVG actually had little trouble with these kinds of messages.

Most likely the price did not sink too far, because of the run-up to April 17, the date the mysterious partner of Verge will be announced. 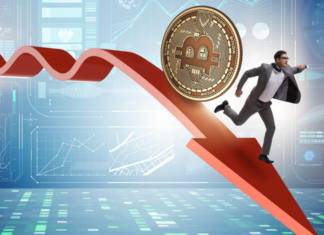 Romel - November 15, 2018 0
What could have caused this major retracement? What made more than 30 Billion USD vacate the cryptomarket? Here are some possibilities. It has been a...

How To Use The XDEFI Wallet