Beam has disclosed that it’s soon-to-be-released Eager Electron 5.0.9146.2863 in preparation for the upcoming hard fork would pave the way for a confidential finance ecosystem.

According to the official announcement, the Hard Fork will introduce massive upgrades, that will allegedly set Beam up for domination as a confidential DeFi ecosystem.

The Beam Eager Electron 5.0 upgrade will include breaking Hard Fork that will be activated on height 777777. The hard fork will introduce various new upgrades and features to the chain, enabling multiple features such as confidential assets, breaking linkability, including several others.

Additionally, the hard fork will include a change in the mining algorithm. After the Beam blockchain reaches block 777777 the upgrade to 5.0 is mandatory to access your funds. This is estimated to occur on June 28, 2020.

New features to be introduced

According to the blog post, this is a very important hard fork for BEAM. There will be major changes and features being introduced in the Eager Electron hard fork including:

The Eager Electron upgrade will also include various improvements and fixes for the BEAM wallet and software. Also, exchange rates to USD/BTC for every amount displayed will be delivered.

Beam’s CTO Alex Romanov via a tweet disclosed that the Beam Testnet has forked at height 690000. He further called on miners to assist Raskul and team Beam, who are currently working on facilitating the decentralization of the Beam network.

The Beam Team has also urged users to make sure that when they restore funds in automatic mode, they must verify that the most recent transaction (from any device) was completed at least 1 hour ago. Otherwise, the restored balance may be incorrect and additional restore procedure will be required.

“When restoring your funds with your specific node, verify that the node is fully synchronized with the blockchain. Before starting the restore procedure. Otherwise, your restored balance may be incorrect and additional restore procedure will be required,” the official blog stated. 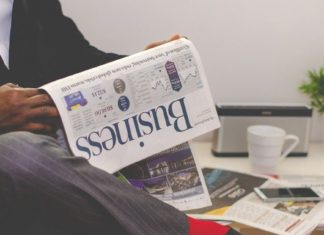 Racheal - January 5, 2021 0
The world's foremost cryptocurrency, Bitcoin, has been in the limelight for all the right reasons in recent times. Bitcoin (BTC), over the last couple...

Turkish Citizens are Finding Solace in Bitcoin During Economic Collapse