According to a report published by Reuters on June 28, social networking site, Facebook has applied for a license for its recently announced virtual cryptocurrency Libra in New York.

BitLicense, a product of the state’s finance regulator, the New York State Department of Financial Services (NYDFS),is a special license needed by crypto companies for running their operation in New York state.

According to a Facebook spokesperson: “The scrutiny that we’ve seen is something that we expected and welcome… We announced this early by design in order to have this discourse in the open and gather feedback”

The company is also reportedly in talks with the regulators in England and Switzerland regarding their terms and compliance standard for Libra.

Libra’s main mission is to open the world to digital financial infrastructure as well as create awareness of digital currencies to the billions of people present in the world today.

Libra will reinvest customer deposits in government bonds and multiple currencies to make a reserve that will stabilize its price, these reserves will comply with the monetary policies of the source countries, and Libra does not plan to obtain any local banking licenses added by a Facebook’s representative.

Meanwhile, Facebook’s subsidiary, Calibra which will operate as a wallet and a financial service platform for Facebook, has already registered its money service business with the U.S. Financial Crimes and Enforcement Network (FinCEN), applied for money transfer licenses in the United States, and started processing for a BitLicense. 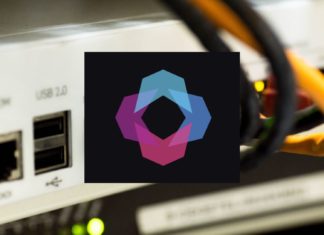 How To Transfer Tokens From Ethereum To Celo Via Optics Bridge

Ruma - November 19, 2021 0
The rapid growth of the crypto industry means the emergence of many different blockchain networks. Each network focuses to overcome the pain points of...