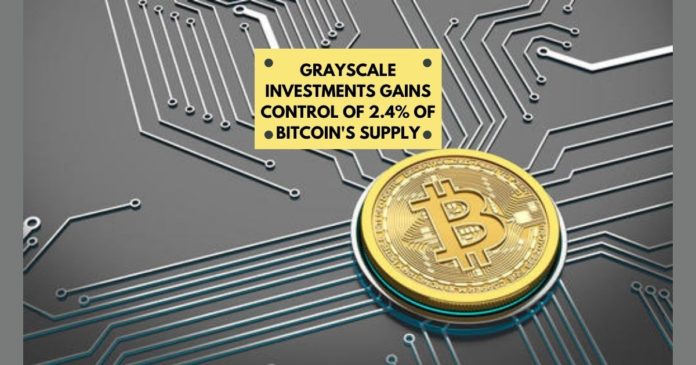 Reports have revealed that Grayscale Investments now controls up to 2.4% of the current BTC supply.

In the past week, Grayscale Investments, a crypto fund manager, have experienced an increase in the assets under management in its Bitcoin Trust. This increase occurs at more than $180 million.

According to the data from Bybt Pro, in the last seven days, Grayscale has made an addition of 17,000 bitcoins to its Bitcoin Trust. In total, Grayscale now possess 449,900 coins under their management. With the crypto asset trading at $10,890, closing above $10,000 every day for the past nine weeks, this is worth roughly $4.9 billion.

From the analysis above, it clearly shows that Grayscale investments has now gained control of roughly 2.4% of the total supply of Bitcoin. According to CoinMarketCap, the supply of Bitcoin is currently at 18,504,575, and at the moment, Grayscale is not showing any signs of stopping its Bitcoin acquisition.

The total supply of Bitcoin is capped at 21 million and this implies that the BTC left to be mined is roughly 2.5 million. That is about 11.9% of the total supply Bitcoin that is left to be generated. With its current prowess, if Grayscale Investments were to stop acquiring bitcoins at present, more than 2% of all the Bitcoin in circulation would still be controlled by the firm. That is, by the time the mining of the final block occurs.

Apart from Grayscale Investments, other forms are also seeing the benefits of investing in cryptocurrencies. MicroStrategy, a business intelligence company, has also swapped its spare capital from fiat to Bitcoin. The capital swapped is worth more than $400 million.

According to reports, MicroStrategy has amassed up to 38,250 BTC since it first purchased crypto in August. This is less than 10% of that of Grayscale.

The CEO of Grayscale, Barry Silbert, tweeted on September 15 that both companies were in a Bitcoin “buying race.” 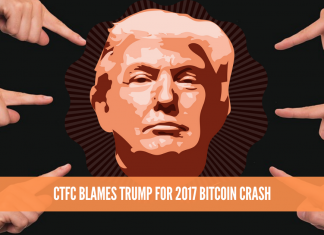