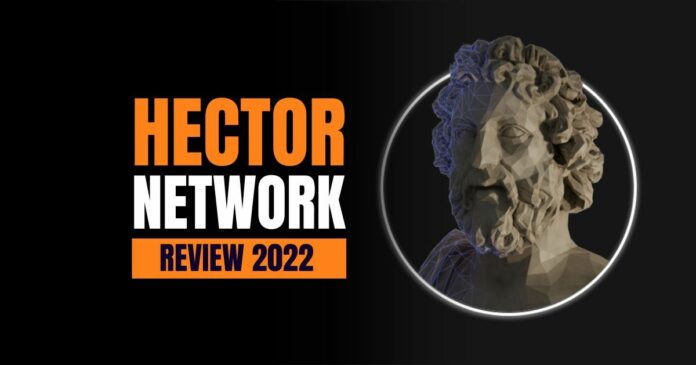 At the start of each year, crypto projects release roadmaps that highlight plans they hope to achieve at the end of the year. However, the bear market took every project by surprise and very few could completely follow through with their plans in 2022.

Some projects were forced to shutdown or abandon some roll outs and updates. However, others like Hector Network strived to give their community a good year. Hector has quickly built a solid presence in the decentralized finance market.

Yep! We are in a new year with new possibilities and new victories to come. 💪

In a few days @AtlanticaMarket launches 🚀🚀🚀and you can check out our roadmap to see what's next! 👇

Hector is an expansive DeFi ecosystem that runs on the utility token, HEC and the TOR stablecoin. The project aims to push the web3 agenda by offering decentralized products including an NFT marketplace, collections and tokens like a stablecoin.

Hector has begun a cross-chain expansion from Fantom to the BNB Chain. It also has a couple of applications and products that set it apart from most of its competitors. The project’s biggest strength lies in its cooperation with its community and an eye for spotting opportunities in the market.

Now, let’s look at how Hector has performed over the last couple of months and what it’s currently up to.

Hector Network launched as Hector DAO on November 1 and that month set the pace for the rest of the project’s development. Hector DAO was initially a fork of the Olympus DAO but Hector later crafted its path and uniqueness.

That same month, Hector released its roadmap and whitepaper as well as a couple of partnerships. It also launched 3,3 and 4,4 bonds and implemented multi-signature authentication. Additionally, community members voted on the first proposals, the listings of $HEC on exchanges.

Hector launched its farm, pools, and Hector Merch store in December 2021 and the Hector Charity Fund. In January 2022, Hector’s roadmap included launching several key subprojects and the Hector Institute was the first. The institute is a decentralized borrowing and lending protocol built on the Fantom Opera chain. This launch was part of the project’s plans to become deflationary.

Hector introduced the TOR stablecoin in February 2022. TOR is an ERC2O token and lays the groundwork for Hector’s growth. TOR is also pegged at $1, making it a good option in the stablecoin market. It’s backed 1:1 with DAI.

Hector had other community engagements in February 2022 and in March took things a notch higher with new $HEC and $TOR listings. Other core activities took place in March including setting up an OTC, setting up an investment board, and launching the Hector DEX and the Mythos NFT collection.

Despite the bear market, Hector welcomed a couple of new investments in April and New farms. The entire ecosystem grew as a result of a couple of conferences and exposures.

May, June, and July Updates

Hector’s exposure continued in May after community leaders MayoMyke and Frizey showcased the platform to a blockchain audience of over 2000. Hector’s vaults were also added to Beefy in May. Hector also teamed up with Julwallet which allows users to perform activities like bridging and staking in one place.

In June, Hector took huge steps toward cross-chain expansion. Hector became available on the BNB Chain and both $HEC and $TOR were added on ApeSwap. Both $HEC and $TOR had their logos on Trust Wallet that same month.

July saw Hector Network expand its presence on Fantom and the BNB Chain. First, Hector’s farms and pools became available on ApeSwap. Secondly, $HEC and $TOR were listed on PancakeSwap. These were crucial upgrades for the network.

Have you already checked out our new farm? ☺️$HEC – $TOR Farm 👇
🌐 https://t.co/TdnlolMwOa

August was Hector’s month of partnerships. The platform spilled its influence to the sporting world, striking a partnership with German soccer team Borussia Dortmund. Hector had partnerships with the likes of,

Hector continued its expansion in September with a couple of in-house engagements. In October, the DeFi platform announced that its Emission plans had gone live. Hector also announced a major milestone in October. The $HEC token was listed on the Bitfinex exchange. Hector also got verified on CoinmarketCap. This was a huge boost in terms of exposure.

You can now stake the $HEC – $TOR Liquidity Pair into the #EmissionPlan and earn $HEC. 🤩

With your vote you will influence the $HEC – $TOR #Farm #reward distribution, so don't miss out?

Hector marked its first anniversary in November with a couple of events. The project had clearly witnessed impressive growth since its debut.

With the new year just a couple of weeks old, Hector has continued its massive expansion plans. And from past experience, the team seems focused on achieving the plans outlined in its roadmap.

One of the core offerings to expect in Q1 2023 is the launch of the Atlantica NFT marketplace. NFTs are a big part of Hector’s vision and this marketplace will give both NFT users and creators an unprecedented chance to relate with NFTs.

#AtlanticaMarket is coming very soon, so while waiting for its launch, in the article below, you can find out a few interesting details about it! 😉👇#NFTs #NFTMarketplace #NFTCommunity #Atlantica
https://t.co/k1hcdPQrKm

The NFT marketplace will have a relatable UI. While the team has not announced an official date, the Atlantica launch is one to look out for.

According to Coinmarketcap, Hector currently trades at $3.14. 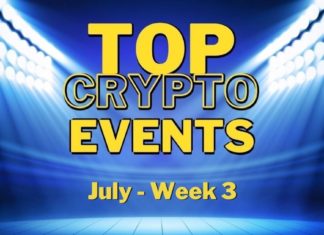 Racheal - July 12, 2021 0
The crypto space has continued to garner global attention with its top-notch events, updates, project launches, etc. To keep our readers informed of the happenings...