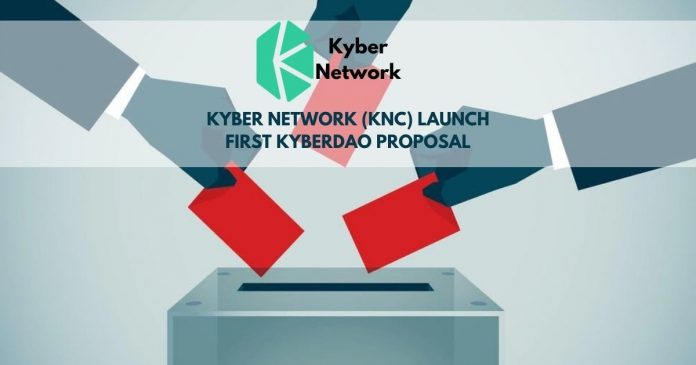 KyberDAO proposal is finally online. Now Kyber Network (KNC) holders can vote on all of the platform’s decisions.

This Kyber Network (KNC) voting right is made possible due to the recently launched KyberDAO proposal on Epoch 1. For the first time ever KNC holders will have a say on all protocol decisions.

Kyber Network (KNC) has disclosed that it was humbled by the level of support it received from its community members and the DeFi community at large. Adding that it recently carried out its Katalyst launch. About one week later, over 3400 addresses had staked about 56 million KNC. This is approximately $80 million worth of KNC representing about 24% of the total KNC supply. The blog post further disclosed that Kyber Network looks forward to including its entire community in growing its ecosystem. KyberDAO proposal launch in Epoch 1 is a step in the right direction in achieving this goal.

Users who have already staked KNC began voting on Epoch 1 KyberDAO proposal which ended on July 28. For those who were eligible to vote on Epoch 1, they will receive their rewards during Epoch 2. All rewards were given in ETH. The lifetime of a proposal is expected to be within the same Epoch but can last between 4 and 14 days.

To be eligible to vote in Epoch 1, users needed to have first staked KNC during Epoch 0. They also had to deposit ETH for gas cost as all voting is done on-chain.

Steps on how to vote

Since Kyber.org is mobile-optimized, it can also function well with any Dapp browser with Web3 connectivity. Some examples include Enjin, Status, Coinbase mobile, imToken, Alpha Wallet, Trust amongst several others. This video throws more light on KyberDAO proposal tutorial.

Currently, the first proposal on KyberDAO is a Burn/Reward/Rebate (BRR 1) proposal. It is made specifically to determine if changes should be made to already existing network fee parameters. BRR-1 is a very crucial proposal and is slated to last for approximately 10 days.

The current parameters for BRR 1 include:

To claim rewards, users need to ensure they vote on all available proposals in Epoch 1. It is also important to note that Epoch 1 rewards will only be accessible in Epoch 2. And all rewards from Epoch 0 were burned. To enjoy more rewards, it is advisable to stake more KNC.

Kyber Network is an on-chain liquidity protocol that enables decentralized token to be introduced into any application. Currently known as the most used protocol in the DeFi space, it boasts of carrying out more than $1 billion worth of transactions since its inception. 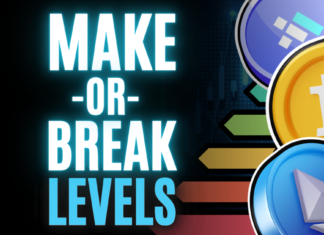 Anurag - July 3, 2022 0
The cryptocurrency market has experienced a further seven days of falls and volatile price activity. It lost about $50 billion of its overall market...