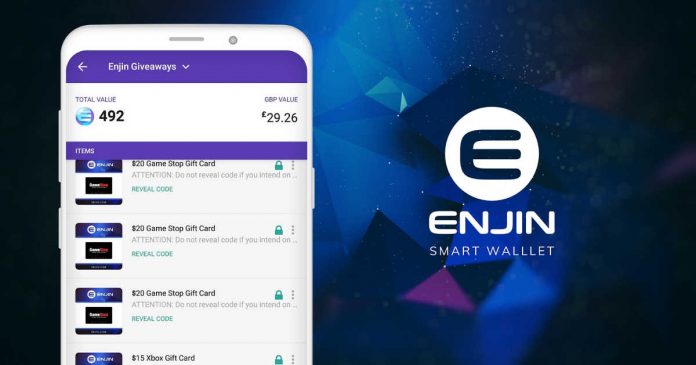 It has been a great year for Enjin so far. Enjin is currently up more than 700% in the past 30 days and that is most likely because of the Samsung rumors. Now Enjin announces a new wallet update as well as a huge giveaway to their network of 20 million gamers.

Today, Enjin announced a major update to the Enjin Wallet, which is currently rolling out to Google Play and the App Store. The update includes a “reveal code” feature that enables retailers, game studios, and other businesses to send ERC-1155 Ethereum-based blockchain assets containing hidden messages via the Enjin Beam QR system. When unveiled, these reveal codes can deliver benefits such as discounts, gift cards, event tickets, and product keys. Upon receiving an asset with an attached reveal code, users can choose to keep the code hidden for later use, or to reveal it—enabling them (and only them) to view and use the attached message.

This technology can be used by any customer-facing business to boost customer acquisition and engage their existing audience by placing QR codes with promotional assets onto any visually accessible advertising medium. 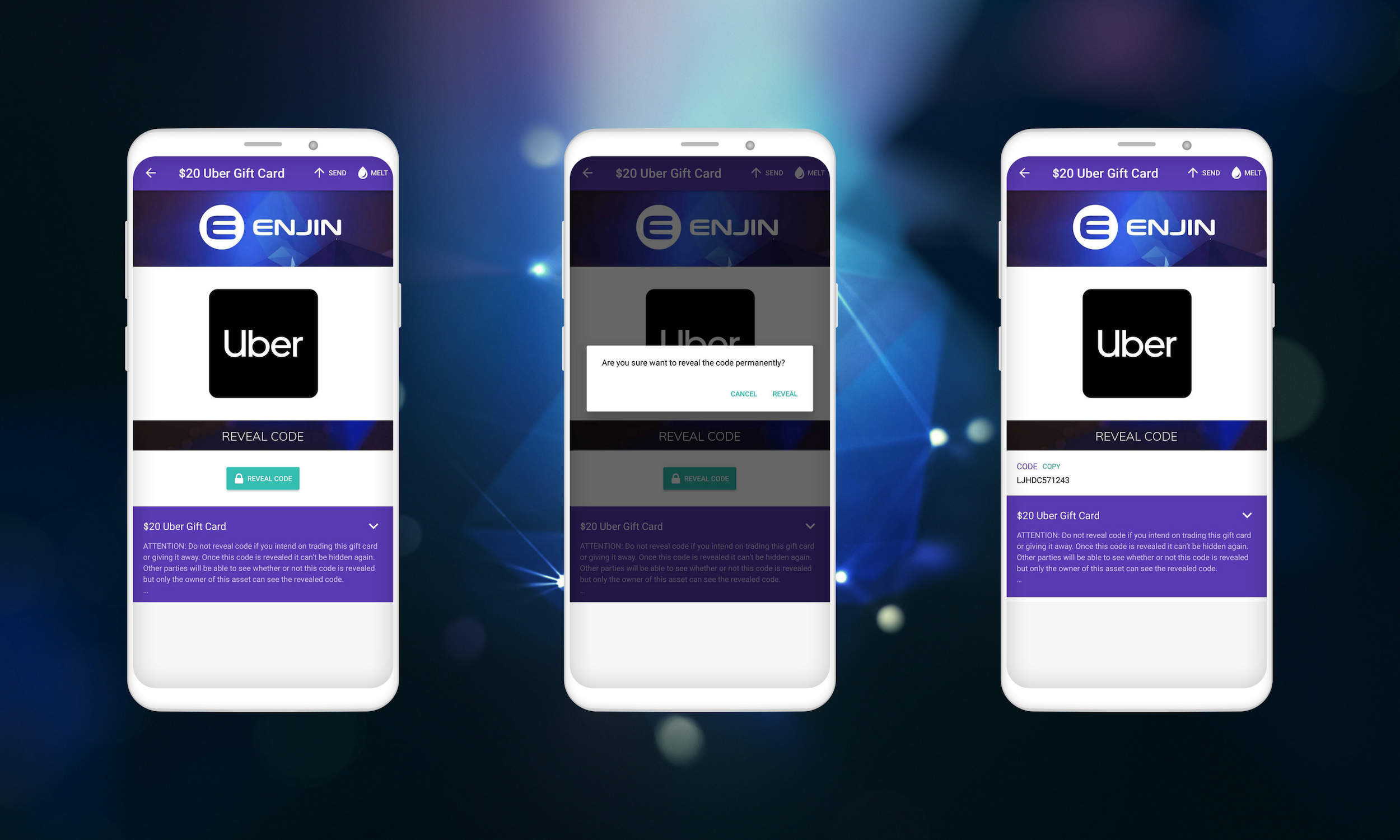 A working example has been made by Enjin, providing its users with the opportunity to scan a QR code which, if you were lucky, contained reveal codes with discounts and gift certificates for major brands such as Google Play, iTunes, PlayStation, and Xbox, as well as for games powered by the Enjin Platform. 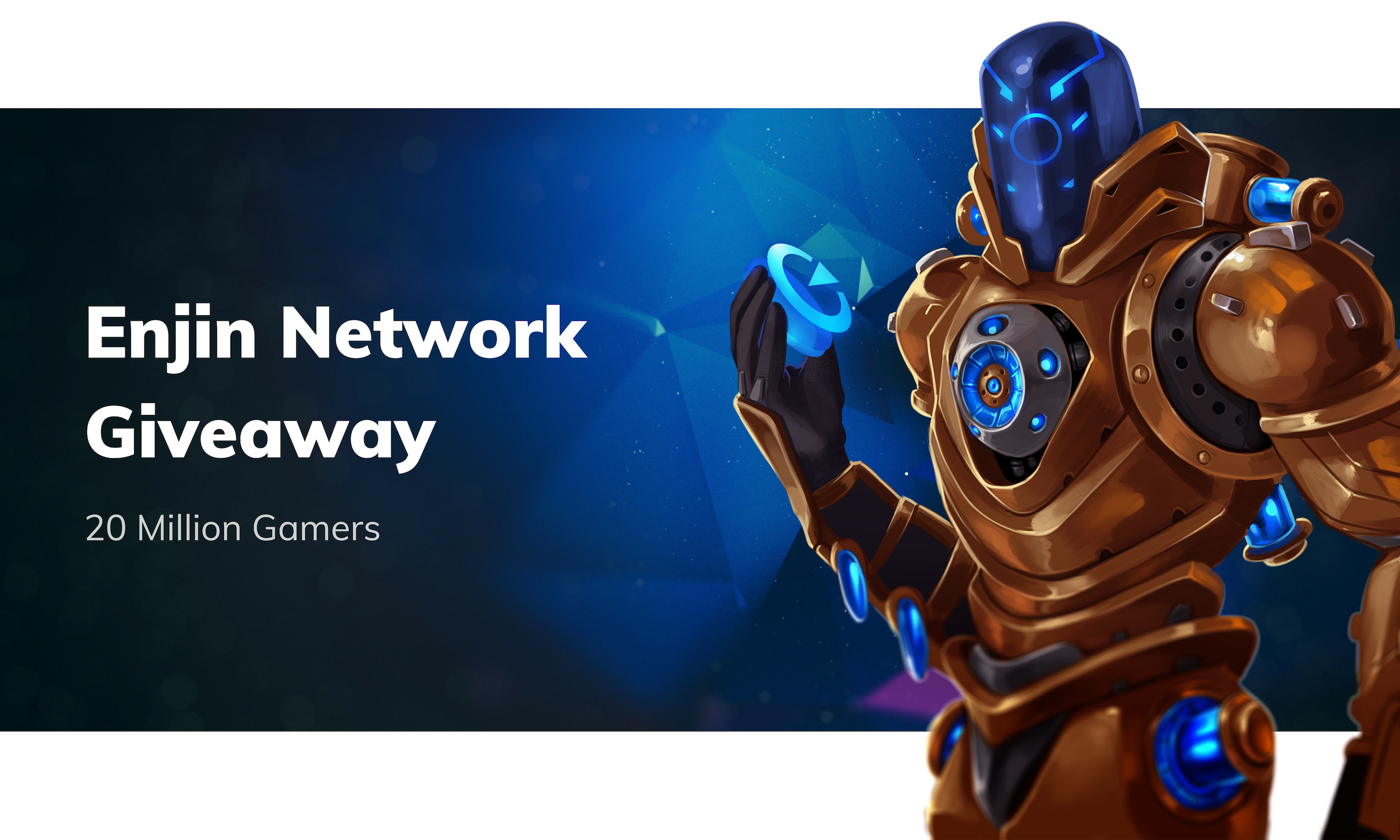 Along with the new wallet update, Enjin also announced ongoing blockchain asset giveaways for their Enjin Network users. Using the newly added Enjin Wallet features, Enjin will distribute hundreds of thousands of valuable ERC-1155 blockchain assets, such as Multiverse items that can be used in over 35 interconnected games, apps, and websites. You can also melt these next-generation Ethereum-based assets into Enjin Coin. You can use the Enjin Coins to pay for Enjin Network subscriptions or to mint new ERC-1155 tokens.

Enjin Coin is primarily used for creating blockchain assets. While it can be used as a method of payment, ENJ’s core purpose and function are as a token that can be used by developers, business people, and entrepreneurs to mint crypto assets. These assets can be used for a multi-purpose: by games as characters, weapons or vehicles; by retail as collectibles, memberships, or vouchers; and by any business that can benefit from rewarding their customers or employees — to name just a few and furthermore the gaming assets can be used cross-games in the ‘Multiverse’. There are currently 45 games and platforms using the unreleased version of the Enjin Platform, which has been used to create over 41 million Ethereum-based ERC-1155 assets containing 9,700,005 ENJ.

Set to launch to the Unity Asset Store on March 14, Enjin’s Blockchain SDK will provide a straightforward process for developers wanting to create and integrate Ethereum-based ERC-1155 assets into over 25 mass market platforms, such as Android, iOS, Xbox, PlayStation, and Oculus Rift.

You can learn more about what Enjin is by clicking here. 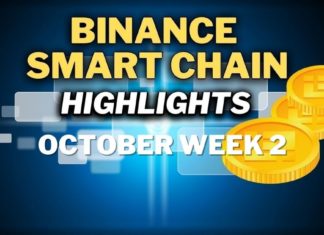 David Abel - October 12, 2021 0
There have been some exciting developments in the Binance Smart Chain (BSC) ecosystem lately. To keep followers informed, Altcoin Buzz takes a look back at...