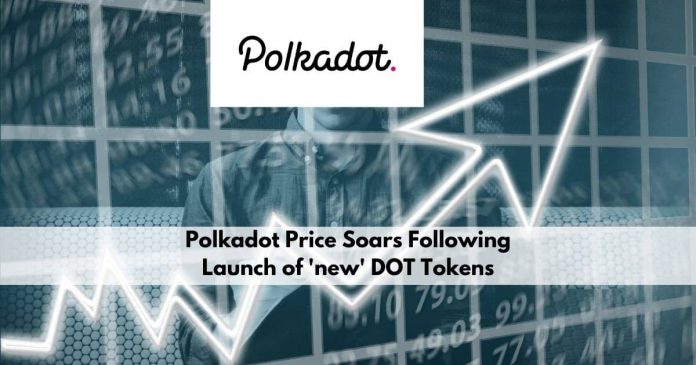 Polkadot, a popular Web3 Foundation project known for facilitating the building and linking of blockchain have recently redenominated its DOT tokens.

Following the redenomination, the price of Polkadot has soared to an all-time-high (ATH) of $6.51 (on Aug 26, 2020). DOT price is up 118.4% high in the last seven days. According to Polkadot, the ‘new’ DOT tokens are 100x smaller than the previous tokens. This redenomination took place on August 21, 2020, and worked as a stock split for the coin.

Details of the redenomination

The decision to undergo a redenomination was reached following a poll in July 2020. However, the voting rights of both Web3 Foundation and Parity Technologies were suspended. For the uninformed, Parity Technologies built and developed the Polkadot network. The polls’ results showed that 86% of community members voted in favor of launching the new ‘DOT’ tokens. Only 4% voted to keep the already existing denomination. Hence, the launch of the ‘new’ DOT tokens and the subsequent increase in Polkadot price.

Polkadot, in an official blog post, revealed that the recent redenomination is expected to wield no form of impact on its economic ecosystem. However, changes are expected with regard to community members willing to purchase DOT tokens.

The week before the official listing of the ‘new’ DOT tokens several centralized exchanges like Binance and Kraken began trading the redenomination. Subsequently, resulting in people purchasing the token at considerable higher prices than was intended by Polkadot.

Polkadot, in an email to community members, condemned this act. However, the project disclosed that there was nothing it could do to fix the situation seeing as it is both decentralized and permissionless.

As forewarned, some unscrupulous exchanges listed 𝘕𝘦𝘸 𝘋𝘖𝘛 today rather than Friday – the Denomination Day agreed upon by the @Polkadot community.

While we can't control these CEXs, we can urge them to stop.

Their actions are putting our community at risk.

Irrespective of the unexpected complications,  excitement for the project appears to be growing in leaps and bounds.

Popular crypto fintech platform Crypto.com has announced the listing of Polkadot DOT token. In an official blog post, the fintech platform further disclosed that DOT will be joining its over 70 crypto and stablecoin available on its App.

Polkadot plans to create a completely decentralized ecosystem. One where people are in total control of their assets. To achieve this, it has designed an internet where information can be shared among independent blockchains.

Users can now purchase DOT on Crypto.com App, at no extra cost. With Crypto.com Visa card, users will be able to easily convert crypto to fiat. This, in turn, will facilitate awareness and subsequent adoption of Polkadot (DOT) tokens.

It is important to note that US residents are not allowed to make use of DOT tokens.

About Polkadot and DOT tokens

Founded by Ethereum co-founder Gavin Wood, Robert Habermeier, and Peter Czaban, Polkadot is a Web3 project. Simply put, the project designs a framework to help connect blockchains. It does this by connecting several blockchains into a single network. Therefore, facilitating cross-chain communication and interoperability across several blockchains.

DOT is the native token of the Polkadot ecosystem. Notably, it also serves as a governance tool, as token holders control the network. The token also enables the consensus mechanism that serves as a base for Polkadot. To ensure continued viability DOT holders have to be actively involved with the project.

Polkadot in recent times has attracted the attention of crypto enthusiasts worldwide. The past few weeks have seen it increase in price. According to Coingecko, it is currently the seventh-largest cryptocurrency.

Most recently, on the Altcoin Buzz YouTube channel, we looked at how Polkadot has come onto the scene with the all-so-familiar narrative of being an Ethereum killer. Can DOT really overtake ETH? 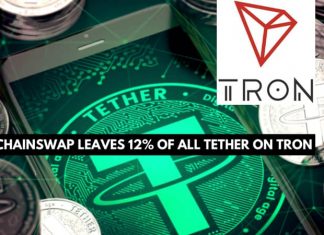 About 12% of All Tether is on Tron

Racheal - October 27, 2019 0
Blockchain-based decentralized platform, Tron has revealed that it has issued over 12% of the total USDT token supply. This is according to data from Tronscan....