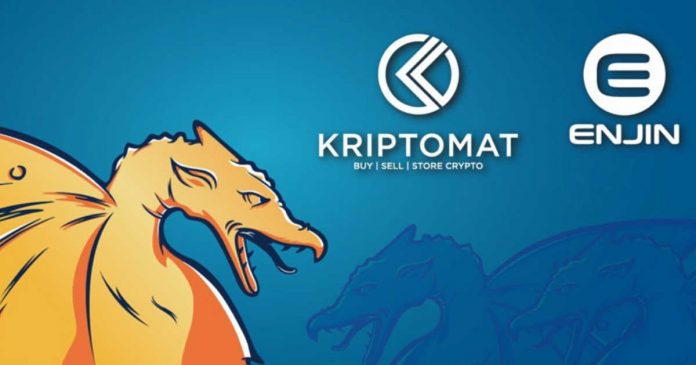 Kriptomat has announced plans to use the Enjin Platform to integrate next-generation Ethereum-based ERC-1155 tokens to increase user retention and acquisition. This is the first time a cryptocurrency exchange has announced the adoption of blockchain-based virtual items to gamify its user experience.

Kriptomat is a regulated European fiat-to-cryptocurrency exchange with features and usability designed to compete with Coinbase. They will natively integrate ERC-1155 tokens into its platform which will allow users to receive trading points, referral rewards, collectibles, and gaming items which will provide trading discounts. Several top-tier blockchain game developers such as War of Crypto, 9Lives Arena, CryptoFights, Forest Knight, Cats in Mechs, and Alterverse, have expressed interest in integrating Kriptomat collectibles into their games. This means traders may soon be able to earn valuable blockchain-based gaming items by simply using the Kriptomat exchange.

Kriptomat’s legally compliant exchange platform was founded one year ago on February 7, 2018, with the goal of increasing stability in the cryptocurrency market. With strict security protocols and the safest cryptocurrency wallets, Kriptomat conducted in-depth market research to select and list the top tokens with real-world utility. On kriptomat.io, users in Europe can purchase 23 different cryptocurrencies using credit card and EUR bank deposit. New payment methods and services might be added in the near future, making it easier than ever for users to enter the world of cryptocurrency.

Enjin also provides users with a seamless experience when confirming and validating exchange transactions by creating a Kriptomat-branded version of the EnjinX blockchain explorer. Designed to increase user retention and brand recognition, the branded explorer allows Kriptomat to deliver blockchain data while maintaining their presence and providing a path back to their exchange platform.

The Enjin Platform enables developers of all experience levels to easily create, integrate, and manage blockchain-based assets. Developers seeking to gain a competitive edge will soon be able to use Enjin’s Blockchain Software Development Kit (SDK) for Unity, the world’s largest game development platform. Upon its public release, Unity will list the Blockchain SDK on the front page of its Asset Store, enabling 4.5 million game developers to mint ERC-1155 tokens and manage complex gameplay mechanics through transactions on the Ethereum blockchain.

The Enjin Platform has already been extremely successful in attracting talented developers to the Ethereum blockchain. To date, 16 game developers have announced their adoption of Enjin’s tools and are integrating Ethereum-based ERC-1155 tokens into 34 games. Twenty-nine of those games have banded together to form ‘a multiverse’ of gaming worlds, which will allow players to own their items and characters forever and use them across all participating games and platforms.

To celebrate their adoption of the Enjin Platform, Kriptomat is hosting a giveaway of Kriptomat Founders’ Tokens for all participants. This exclusive collection of tokens will enable holders to take advantage of perpetual rewards and future giveaways. For more information, visit the Kriptomat Telegram group. 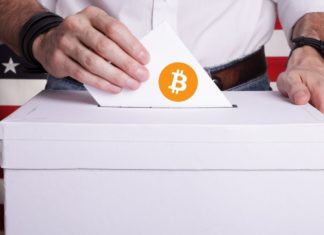 Racheal - March 28, 2022 0
Since its inception, the blockchain space has faced a lot of criticism from regulators including the U.S. That's why the HODLpac Endorsement Committee is...