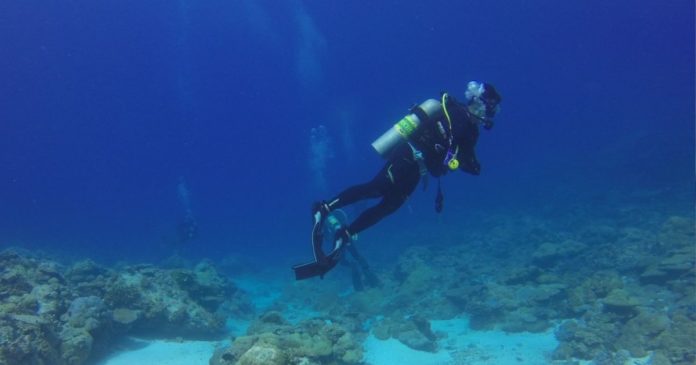 For years, the blockchain community has talked about ETH 2.0. A joint report by crypto and blockchain-focused companies Messari and BisonTrails provides a comprehensive overview of what Ethereum’s evolution entails.

Issued on December 2nd, the report is now publicly available. Its authors cover a wide range of issues associated with the introduction of the much-anticipated ETH 2.0. They include the system’s underlying philosophy, key elements, implementation stages, and more.

Here are some takeaways on the evolution.

The report begins by stating Ethereum’s main problem: poor scalability. At the moment, the system can only handle 15 transactions per second, which makes it unfit for the title of a “globally scalable decentralized financial infrastructure.” If Ethereum aims to become mainstream, an upgrade is necessary. Hence, the introduction of ETH 2.0, which is “not just a major upgrade to the Ethereum blockchain; it is also a major upgrade to [Ethereum’s] native asset ETH.”

The new system will transform ETH, which is trading at $595 (press-time), “providing it with attributes of each of the three asset superclasses: capital assets, commodities, and stores of value – an unprecedented combination.” This change will have an impact on ETH’s inflation rate that is likely to be reduced to 1% annually, “if not even lower.”

ETH 2.0 follows the philosophy of evolution instead of stability and predictability, both of which are purportedly good for monetary systems. Those that follow the philosophy of evolution believe that continually improving a blockchain makes it more robust and functional. There is a core belief that blockchain technology is still in its infancy and that there are many fundamental improvements to be made before ossifying.

As the report explicitly notes, “Ethereum so far has leaned more towards the evolution end of the spectrum, recognizing the infancy of blockchain technology and fundamental improvements it must make so that it can scale globally.”

Ethereum’s monetary policy of “Minimum Necessary Issuance” is in line with this vision. The platform aims to issue only the amount of coins necessary to ensure Ethereum is secure. Besides, this amount is enforced through social consensus, meaning that the community has the final say. Admittedly, it is not an easy feat – in Ethereum’s mainnet history, it only happened twice.

Furthermore, Ethereum defies the concept of deterministically issued and fixed supply cryptocurrencies. Instead, it aims to prioritize security over monetary idealism. The report notes that the monetary policy of ETH 2.0 will be “dynamic, adjusting according to how much ETH is being staked, and will likely be well below 1%. Staking will also have the mutual benefit of making ETH a more productive asset, providing ETH with a native yield in addition to its store of value and commodity properties.”

The Ethereum platform’s key property is decentralization. The platform is buttressed by five key principles. These principles are sufficiency, defense in depth, full light-client verifiability, simplicity, and long-term stability.

Sufficiency – Blockchains must be developed that are powerful enough for layer 2 protocols to be built on top of them that are not reliant on strong trust assumptions and are not centralized. Yet, they must not be too powerful as greater brittleness and complexity come with greater power.

Defense in depth – Blockchains should be resilient to attacks and be fault tolerant. To achieve this, they must work well under a variety of potential security assumptions.

Full light-client verifiability – Since the majority of users will interact with the Ethereum blockchain through light clients, it is vital that they can verify that the data in the full system is available and valid, even under a 51% attack.

Simplicity – Aspects of ETH 2.0 are complex (sharding and PoS). Simplicity allows the blockchain to reduce its attack surface, minimize development costs, and “convince users that protocol parameter choices are legitimate because they’re easier to understand.”

Long-term stability – Favoring blockchain evolution and making fundamental changes leads to a stronger platform in the end. The design of ETH 2.0 is that, once it is built, there should be no need to make changes for great lengths of time, so that stability is achieved for Ethereum to serve as public infrastructure.

Besides, the design of PoS prevents its users from abusing the system. As the report states, “Stakers may lose some, if not all, of their stake if they behave maliciously, serving as a major deterrent to launching attacks22. Such penalties, though rare, also make it much easier for PoS chains to recover from 51% attacks in the extreme case they do happen. In the event of a 51% attack, honest stakers can counter coordinate forks and delete the misbehaving stakers’ stakes.”

ETH 2.0 comprises three components: the aforementioned PoS, sharding, and the Beacon Chain. PoS will replace the proof-of-work system, which is energy inefficient and depends on large-scale mining operations. To participate in ETH 2.0, the system’s validators will have to stake at least 32 ETH, i.e., $19,040 (press-time calculations) on the ETH 1.x chain, which will be locked up until the ETH 1.x chain merges into ETH 2.0 as a shard.

Sharding is a scaling solution – it splits the Ethereum blockchain into shards that are both parallel and intertwined at the same time: “Under ETH 2.0 the Ethereum blockchain will be divided into 64 parallel shards, which will each have a dynamic subset of nodes processing blocks of transactions. The reason why this is done is to ensure the demands to run a node remain low enough so that anyone can run a node using consumer hardware, while still increasing the scalability of the overall system.”

Meanwhile, the Beacon Chain serves as the connection between PoS and sharding. It is the system’s central nervous system, a point that ensures the system’s running. It “stores and manages the registry of validators and their stakes, apply consensus rules, and stores references to shard states.”

Even though the current design of Ethereum is imperfect, it still serves a bustling economy, meaning that the switch to ETH 2.0 will not happen overnight. In fact, it might take a couple of years and come in either linear or parallel phases: Phase 0, Phase 1, Phase 1.5, and Phase 2.

Phase 0 with limited functionality arrived at the beginning of December. It launched the Beacon Chain and bootstrapped ETH 2.0’s PoS validator set.

In the fourth quarter of 2021, Phase 1 is likely to take place. It will extend ETH 2.0 PoS into 64 shard chains. While it will not support smart contracts, a couple of proposed upgrades to ETH 1.x will enable “scaling solutions like rollups to verify data from ETH 2.0 shards and reduce their data bottlenecks.” The system might be able to support ~100,000 transactions per second.

In 2022, the system will enter Phase 1.5. It will transition ETH 1.x’s current state (smart contract and transaction data) into a shard within the ETH 2.0 network. “The state will remain the same; the merge simply swaps Ethereum’s consensus layer from PoW to PoS. If the community elects to embrace a ‘rollup- centric future’ and forgo smart contract execution capabilities within shards (except the ETH 1.x shard), this may be the final phase of ETH 2.0.”

Finally, Phase 2 (2023) will give access to smart contract execution capabilities within shards,  and network state will be divided across some or all 64 shards. The report notes, “This stage will also introduce a new VM, Ethereum flavored WebAssembly or EWASM, that intends to bring usability and performance improvements for smart contract development.” 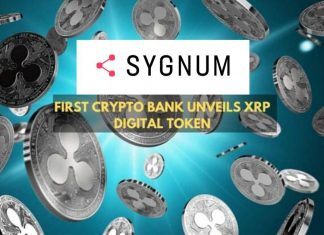 Daniel Abel - May 6, 2020 0
Sygnum Bank, the world’s first digital assets bank, has announced the availability of the XRP digital token operating with the Ripple protocol on its...