Justin Sun has announced the release date of the Sun Network testnet. The testnet of Sun Network, a second later scalability solution for TRON, will be released on the 30th of May.

Justin Sun, the founder of TRON, recently announced the Sun Network, a second layer of decentralized architecture with the aim to improve the scalability and transaction capacity of TRON. The testnet of the Sun Network now has been given a release date.

The launch date got announced by Justin Sun via a tweet:

Justin Sun not only revealed the launch date of the testnet, but also the project’s expansion plans. According to Sun, the expansion will happen in three stages:

The first phase of DAppChain’s launch will “focus on supporting sidechain-based smart contracts, realizing the unlimited expansion” of the mainnet.

The plan includes dapp sidechains, cross-chain infrastructure, and some other expansion products. The mainnet launch of the Sun Network is scheduled for the 10th of August 2019.

After the mainnet launch, the optimization phase will be used to address run time issues and to enhance the ease of access for the users. 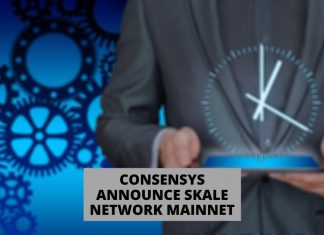