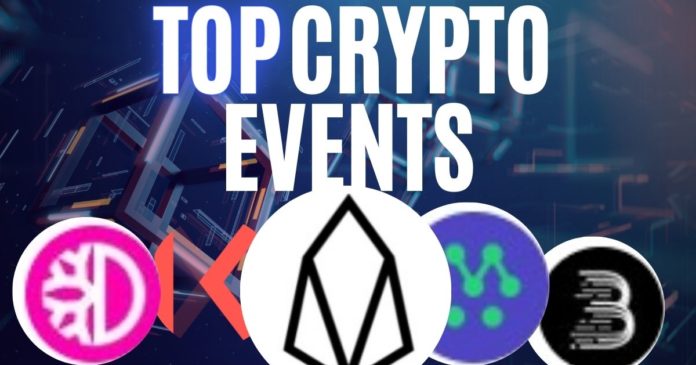 First on my list of upcoming crypto events is;

Crypto trading platform BitMart will list support for Flag Network $FLAG tokens. The listing of FLAG tokens on BitMart is a major update for the Flag network, as it will help boost awareness for the platform. For now, the supported trading pair is the FLAG/USDT pair. Also, the deposit feature is currently online. However, FLAG tokens trading on BitMart will commence on April 4, 2022, at 6 am (EDT).

🔔BitMart is thrilled to announce the exclusive primary listing of Flag Network (FLAG) @flagnetwork_NFT The following trading pair will be available: FLAG/USDT.

EOS network is set to move to a new codebase known as Mandel. The Mandel is also a major upgrade on EOS since the launch of the EOSIO 2.0. In line with this, the Mandel 2.3 update was launched last week.

In this new week, we are also looking forward to the Next Eden election. The election is scheduled to take place on April 9, 2022. Interestingly, it is also the second Eden in the EOS election.

DeFi for Bitcoin, DeFiChain has plans to incorporate a new reward scheme. This announcement closely follows the introduction of new tickers like dDIS, dMSTR, dINTC, and dMCHI on DeFiChain.

With the launch of the new tickers $dDIS, $dMCHI, $dMSTR and $dINTC on DeFiChain, block rewards will be adjusted!

This is the new reward scheme!

The reward distribution for the 4 new dTokens will go live on Monday, 4th April at height 1,766,000. pic.twitter.com/OB12llXMgG

This also means that interested persons will have the opportunity to try out some of the apps and protocols on Kava Network.

We can officially say it here too now,
Staking is going LIVE ON TUESDAY
April 5 🥳

Info about it was already posted yesterday in our announcement channel, don't miss next news, join the app and turn on notifications!

Solana-based DAO, Cubs Club has announced plans to launch its new collection. Also, the collection is expected to go live on April 11, 2022.

Cubs Club is a total of 1,111 unique, hand-drawn cubs on the Solana chain.

Cubs feel free to save this QR code to your phone and easily share our project with family, friends and NFT enthusiasts like us!! 🦁🚨⚡️🔥📢 https://t.co/4EychWdsfQ pic.twitter.com/IMCdQjHbhZ 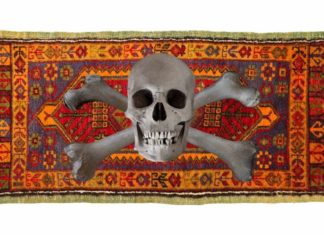 Lawrence Mike Woriji - February 25, 2022 0
The crypto space is mostly a decentralized environment that supports anonymous transactions. Most scams, hacks, and rug pulls leverage this anonymity to exploit the...