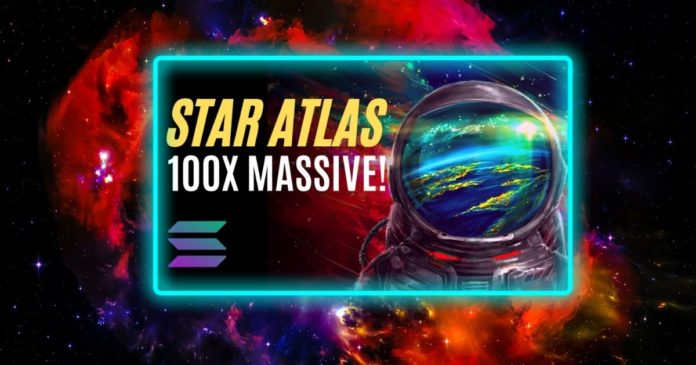 NFTs have transitioned from being an obscure part of the crypto and blockchain space to occupy greater significance. But within the NFT space, play-to-earn gaming is enjoying phenomenal growth.

Take the example of Axie Infinity. When in July 2021, the entire crypto market was in the blood, to everyone’s complete disbelief AXS, the Axie Infinity token started pumping. Primarily because of its play to earn appeal. Look at its price chart – In the last 49 days, AXS token experienced an enormous price surge of 1,260%.

Star Atlas is a next-gen gaming metaverse. It promises to provide a AAA gaming experience in the blockchain landscape. This could be a good opportunity to get in on the first NFT game project that’s launching on Solana.

The Star Atlas Project is at a crucial phase

It proposes to bring its players a unique gaming experience by building a grand strategy hybrid space Genre. Players can enjoy the gameplay in a 3D space-age universe that is being built in Unreal 5 for cinematic quality video game visuals.

The fully immersive 3D version of the game will take some time to build. But the earliest pre-alpha version will roll out somewhere by the end of 2021. But the team has been coming up with interesting series of events to engage with the community and provide opportunities to get involved in the game.

One of these was the 14 meta-poster launches.

Star Atlas NFT Debut gave a taste of the Metaverse in April 2021. This is Discovery of IRIS, the first of the fourteen NFT meta-posters by Star Atlas. It’s breathtakingly beautiful.

These meta-posters blur the lines between the real and the virtual world, simultaneously they bring utility and rewards to both. (Greedy eyes). They can be bought on third-party marketplaces like OpenSea.

If you are someone who owns a meta-poster, you are up for some advantage in the upcoming Star Atlas IDO’s.

If you want to learn more about the game you would want to check out our detailed Star Atlas overview.

The four unique pillars of the Star Atlas economy are:

Just like Axie Infinity, Star Atlas has a two-token model – ATLAS and POLIS that will fuel all the operations.

While POLIS is a governance token, ATLAS is an in-game currency.  Both ATLAS and POLIS tokens are about to become public for the first time between  26 August and 2nd September via three IEO’s and IDO’s.

The question is which of the two tokens ATLAS or POLIS will do better? In the case of Axie Infinity we saw that AXS(51,328%), the governance token did phenomenally well as compared to SLP(750%), the in-game currency.

Going by this, POLIS might do better than ATLAS as POLIS can be staked.

The in-game marketplace is fully functional

Having a marketplace right in the game is known to create favorable conditions for players. They can trade, buy and sell items, thereby increasing the experience and convenience for players.

Galactic Marketplace, the feature-rich decentralized exchange(DEX) is now fully integrated into Star Atlas. Owners of Meta-Posters and other in-game assets can now buy and sell NFTs directly within Star Atlas. Take a look at the marketplace.

Immediately following the token generation event, the team will release an in-browser minigame.

This will expose players to numerous gameplay loops, like ship configuration, land development, and space station building, along with crafting. The gamer will be able to immediately deploy assets to generate revenue, participate in staking, mining, and yield generation through DeFi protocols.

This means immediately after the token generation event; the token utility will kick in. Gamers will start using the tokens for staking and yield generation and more.

Ever heard of Yield Guild Games (YGG)? It is a decentralized autonomous organization or DAO that has played an important role in the adoption of Axie Infinity as a play-to-earn game in developing countries where such games have become a real source of livelihood.

Recently, Yield Guild Games added Star Atlas to its Guild. YGG will provide Star Atlas access to burgeoning gaming communities based in the Philippines and throughout Asia. This happening prior to the token generation event is interesting as a huge gaming community is already waiting to earn yield using Star Atlas.

Even though the fully immersive version of Star Atlas, a AAA game is more than a year ahead, it’s evident that things around it are really heating up. That’s because

Watch our most recent video below: 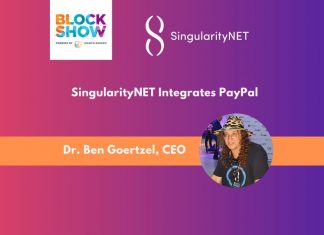 PayPal is the New Payment Partner For SingularityNET