Zilliqa, the first public blockchain designed to implement sharding and, therefore, allowing for linear scaling as the blockchain grows in size, has mentioned a final release date for the long-awaited Mainnet. The date: 31 January 2019.

Zilliqa is a new blockchain-based platform that uses the concept of sharding to achieve high scalability and high transaction throughput. Along with its use as a cryptocurrency, it also supports smart contracts and trades under the symbol ZIL.

During a recent Ask Me Anything (AMA) meeting with the team of Zilliqa, the news many investors and enthusiast of the project have been waiting for has been shared: the release of the ZIL Mainnet. Investors and enthusiasts of the project can now look forward to January 31st, 2019, as the date when the ZIL project will migrate to its own blockchain.

In August, the team at Zilliqa (ZIL) pushed back the launch date of the Project’s Mainnet. The reason for the delay was that the team needed additional time to work on the following aspects of the platform.

Before the Mainnet is released, the team will release the third version of the Testnet by the end of November. During the release of the third Testnet, the team will also issue mining guidelines for the platform.

In the recently updated Roadmap of the project, the token swap from the ERC20 tokens to the new ZIL on the new blockchain will start from the end of Q1, 2019. If the token swap will be supported by big exchanges is yet unknown. The team did mention that the token swap will also continue into the second quarter of 2019. Because of the wide timeframe, owners of ZIL have enough possibilities to swap their tokens.

When asked, the team behind Zilliqa had the following to say in regards to the future of the project:

“Our goal is to become a top blockchain platform in the next year. Beyond that, we want to continue to drive forward blockchain technology and bring to life the latest scientific research in a manner that is useful and relevant – we believe that Zilliqa should be the one to disrupt Zilliqa.

We are keen to be the enabler of business use cases – profitable or otherwise – that can benefit from the more frictionless flow of information, data, and resources.” 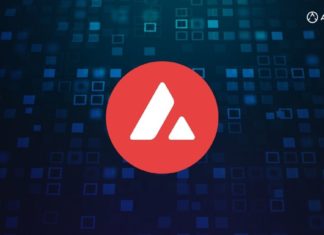 Lawrence Mike Woriji - April 10, 2022 0
Avalanche is one of the most outstanding blockchains. Nowadays, this scalable blockchain network is presently the 10th largest blockchain platform by a market cap...