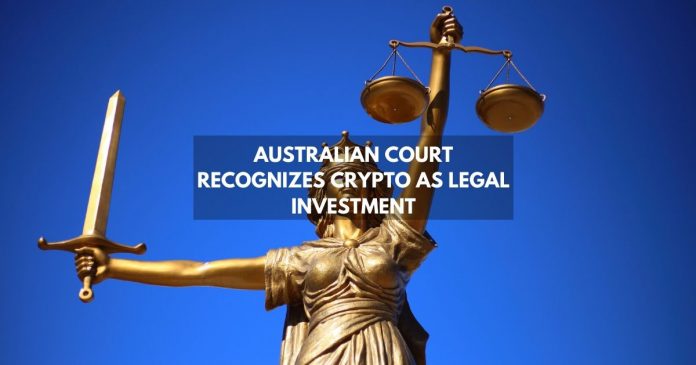 A New South Wales district court has referred to cryptocurrency as a form of security.

According to the Australian Associated Press, a plaintiff in a defamation case has been mandated to deposit $20,000. Court briefs revealed that the money should be deposited into a court controlled bank account.

The money is expected to foot some of the defendant’s anticipated legal fees, in the event the plaintiff loses or withdraws the case. The defendant attorney, however, pointed out that the plaintiff’s crypto account might be in Australian dollars. And that it could turn out to be an unstable investment.

In response, Judith Gibson agreed to the fact that cryptocurrencies were volatile. But added they were a form of a legal investment. And she was ready to accept its volatility.

Addressing the volatility issue, she mandated the plaintiff to provide the defendant attorney with a monthly statement of the account. Especially if the investment drops below $20,000.

Judge Gibson said, “I can see the desirability of the defendant receiving prompt notification of any drop in the value of the account. Further adding that “These are uncertain financial times.”

She also indicated that a breach in any of these agreements would result in the defaulting party being held in contempt of court.

In response to the judge’s statement, the crypto community on Twitter are excited by this unexpected recognition of cryptocurrency.

"This is a recognised form of investment," Judge Judith Gibson, a Judge in an Australian State Court said regarding #Bitcoin and said, she was prepared to accept cryptocurrency was volatile, in a judgment this week. "These are uncertain financial times."

Crypto is here to stay

Many governments and some top individuals have over time bad mouthed and criticized the crypto space. But as US Congressman Patrick McHenry said, “The world that Satoshi Nakamoto envisioned, and others are building, is an unstoppable force”.

This is a clear indication of cryptocurrency coming to the rescue and though standing in as collateral isn’t common to use for crypto. It only further buttresses the fact that cryptocurrency has a lot of untapped potential. It is becoming more valid by the way, making headway in charitable giving, remittance industry, business transactions, serving as a form of investments amongst so many other functions.

Though many governments have turned a blind eye to this fast-rising space, the judgment by this Australian Court is a clear indication that cryptocurrencies are indeed here to stay. 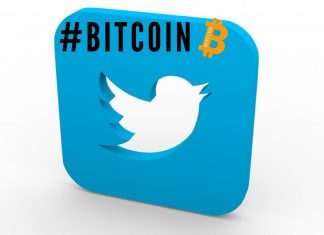 Deepika Garg - February 3, 2020 0
The Bitcoin (BTC) emoji is the latest addition to Twitter, and the crypto community is extremely excited. Jack Dorsey, CEO of Twitter, announced the...