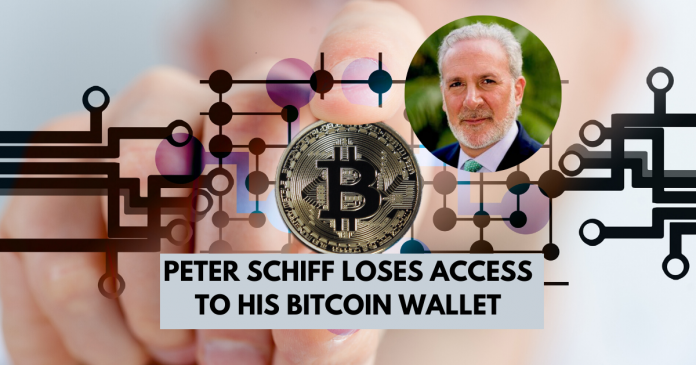 Popular bitcoin critic Peter Schiff has lost access to his bitcoin wallet. He alleges that it’s not his fault.

Peter Schiff announced the loss via a tweet, calling bitcoin a worthless asset with zero market value. It reads: “I just lost all the Bitcoin I have ever owned[…] So now not only is my Bitcoin intrinsically worthless; it has no market value either.”

Reiterating his belief that owning bitcoin was a bad idea all along, he added that he never realized “it was this bad!”

“This bad” means that, according to Schiff, it’s easy to lose funds due to a simple software glitch.

In light of this event, many crypto analysts are deliberating the issue. Schiff, on the other hand, appears unperturbed by the loss as such. It seems he’s more preoccupied with criticizing the whole thing.

Speaking on the occurrence, CEO of Ethereum, Vutalik Buterin seemed to be on par with Schiff. He clapped back at Bitcoiners who were alleging that Schiff didn’t take necessary steps to safeguard his wallet. Instead, he pointed out that ensuring better wallet security should be a major priority for the crypto space.

His tweet reads: “Disappointed at people replying to this with “crypto is what it is, it’s your job to be super-careful and write down backup seeds in three places”. We can and should create a better wallet tech to make security easier.”

Interestingly, Schiff’s post caught the attention of many on Twitter and became a comic relief to them.

Some of such tweets were absolutely hilarious.

XRPeuphoria said this: “Dang, just lost all my XRP. My Nano Ledger decided that it’s getting too tired of carrying my heavy bags so it bluetoothed to a random device and dumped all my assets. Then it jumped a flight to the Bahamas because it didn’t like me pressing its buttons.”

Additionally, XVG Camel dropped a tweet saying: “Please be kind to #peterschiff early-onset dementia is a debilitating disease that affects the individual as well as their loved ones. @CryptoSh3tNews will be publishing a story about how he also forgot the combination of his safe and now blames his gold.”

Besides, Eric Voorhees who set up the account for him also didn’t seem to think that it’s the fault of the wallet. He tweeted explaining his experience with Peter Schiff saying: “Here’s what happened: after a debate in 2018, we went to dinner. Peter never used bitcoin before (!) I helped him set up a wallet on his phone (Edge or BRD?). I told him to secure it if he ever held significant value on it, gave him $50. He forgot pw, and never recorded phrase.”

Recently, the Gold pundit claimed that the BTC price rally didn’t involve China’s endorsement of blockchain. He said that the whales manipulated Bitcoin prices to enrich themselves. 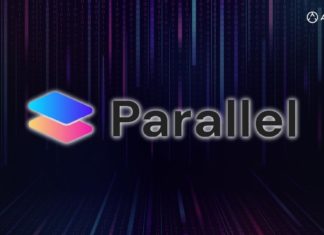 An Introduction to Parallel Finance

Yuga Labs Otherside Sale, What Happened, and How Can You Prevent...