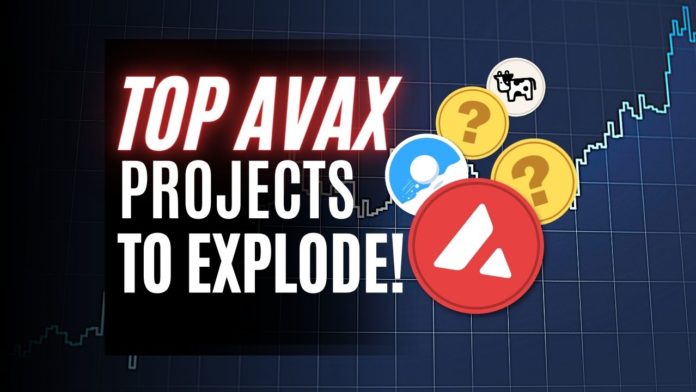 $AVAX, the Avalanche native token, has exploded in popularity. This was caused because of the DeFi incentive program called Avalanche Rush, which is live now. In this article, you will discover the best projects built on Avalanche.

Undoubtedly, the Avalanche DeFi Ecosystem seems to be at the tipping point of an explosion. There are hundreds of projects building on Avalanche. From the success story of Polygon, we all know how much incentive programs encourage developers to build projects on top of the platform and attract more users. Therefore, here you can see a picture that summarizes the Avalanche DeFi Ecosystem: 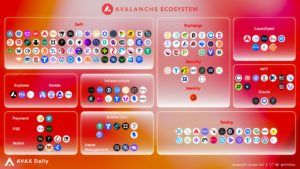 Before we continue, a brief disclaimer is in order. Any investment entails some level of risk. We can enhance our chances of success by conducting an extensive study, but no one can foresee the future perfectly.

BenQi is a money market protocol that enables users to effortlessly lend, borrow and earn interest with their digital assets. What makes BenQi one of the critical projects in the Avalanche ecosystem is that Ava Labs, the founding organization of Avalanche, is invested in the project.

The project is only a few months old but looks at its TVL – Total Value locked that crossed USD 1.8 billion, which is one of the highest TVLs across all the platforms in Avalanche. Its native token is $QI.

We believe that this project will continue growing because BenQi has announced that it is developing Liquid staking, and that’s huge. In simple words, you can stake your tokens, earn staking rewards and use the unlocked capital as the liquid L-AVAX for additional yield. That’s what we call the future of DeFi.

3/ The next stage for BENQI is the release of new DeFi primitives that will turbocharge financial activity on Avalanche. The first of these will be a Liquid Staking solution that will enable users to earn staking rewards AND use the unlocked capital (L-AVAX) for additional yield. pic.twitter.com/dBYHVsfz5g

Also, there will be USD 4 million in $AVAX incentives for Avalanche Rush, with the majority being applied to the $AVAX and $QI markets. On the other hand, the $QI lending yields an APY of 183% in AVAX rewards.

We recommend to make a sustained passive income on Trader Joe is to stake $JOE and let it compound. On the other hand, Trader Joe has a massive usage, which seems to be a clear correlation of Trader Joe being a part of Avalanche Rush.

Nowadays, Trader Joe’s TVL has been on rising and is sitting above USD 1 billion, which caused that $JOE price was up by 14% in the last 24 hours.

But, all these numbers could explode further. That is because Banker Joe, its lending protocol based on Compound, is about to go live on October 11th.

Another big reason for Trader Joe to explode is that Joe Rush, its Avalanche Rush DeFi incentive program, includes USD 10 million in $AVAX from the Avalanche Foundation and a further USD 10 million in $JOE tokens from Trader Joe will start in mid-October. During the program, users can receive rewards by participating in selected liquidity pools, lending markets, and leveraged trading, a feature planned for an early Q4 release.

Developed by Ava labs, Pangolin is a popular premium DEX on Avalanche that provides fast transactions and low fees.

Apart from being a fast and low-cost DEX, Pangolin is a community-driven project. This means that holders of its native token, $PNG, can vote on significant decisions of its protocol.

On the other hand, VP marketing Ava Labs recently tweeted about the best performing pools in Pangolin:

According to the Roadmap, Pangolin has one of the first fiat onramps available where users can buy AVAX with their credit card or Apple Pay. And it is also working on fixing the impermanent loss (IL) issue.

Also, Pangolin announced recently a major tokenomics overhaul is coming. This will reduce the max $PNG supply by 57%, implement a more strategic emissions schedule, and add deflationary attributes to the $PNG token.

But one of the significant events around Pangolin that we would keep an eye on is the introduction of deflationary tokenomics.

YieldYak is a community-driven project where the community has built and maintained one of the best, cheapest, and diverse auto-compounder.

The DeFi platform lets you automatically auto-compound instead of having to re-stake your assets manually from time to time to get the best APY.

As an autonomous platform, the community suggests news strategies and proposes updates. The most important feature of the YieldYak auto compounded. This means that the farms compound every few minutes or hours, which reduces variance in reward asset prices.

In short, a blended or averaged out price exposure reducing the price volatility risk. You earn $mYAK tokens as staking rewards which can be used for other farming and more.

YieldYak has joined the Avalanche Rush program. The project will receive USD 100,000 in developer incentives to support the advancement of YY-Swap, their first-of-its-kind open-source DEX aggregator for DeFi users.

Yield Yak will receive $100k in developer incentives to support the advancement of YY Swap, their first-of-its-kind open-source DEX aggregator for DeFi users to find the best trading prices 📈https://t.co/4zHd4vz7wc

In other words, this means more progress on the development front, which is always suitable for a project and its token. And for YieldYak, the token has already exploded 300% since August.

Snowball is the first auto-compounder and first stablecoin AMM on Avalanche. Just like YieldYak, SnowBall re-stakes your assets automatically to get you the best APY. 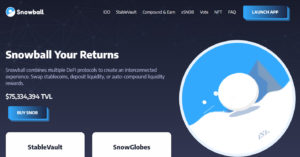 There are many auto-compounders out there, but Snowball seems to be a better choice because you pay zero gas fees with Snowball.

And by depositing into Snowball’s compounding strategies, you earn additional rewards in its native token, $SNOB. This means that you earn higher rewards than you would compounding by yourself. However, it claims to be yielding better APY’s than its competitors.

Snowball has been giving a very high yield for some of the protocols. See for Trader JOE APY of more than 6,000%. On top of that, the platform has been adding new compounding strategies to the auto-compounder.

Top auto-compounding strategy APYs from our friends at @traderjoe_xyz.

The project was quick enough to add Aave that just recently launched on Avalanche. They did it before YieldYak. Also, it seems to be delivering an APR of close to 35%.

On the other hand, Snowball offers a StableVault that enables anybody to purchase and trade stablecoins with almost no costs and almost no slippage. This feature is active, which is a four token pool between DAI.e, FRAX, TUSD, and USDT.

I hope you enjoyed discovering the top projects in the Avalanche DeFi Ecosystem. 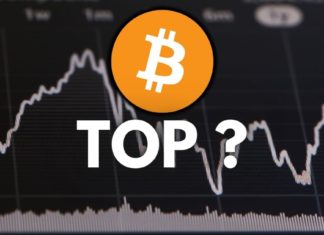 Pratik - January 12, 2021 1
With the wide range of institutional investors coming in, we saw a highly impressive rally in BTC price. From this year’s low price around...

IOVlabs to Trigger DeFi Adoption with its New Initiative

What is the Trezor Wallet? Part 1