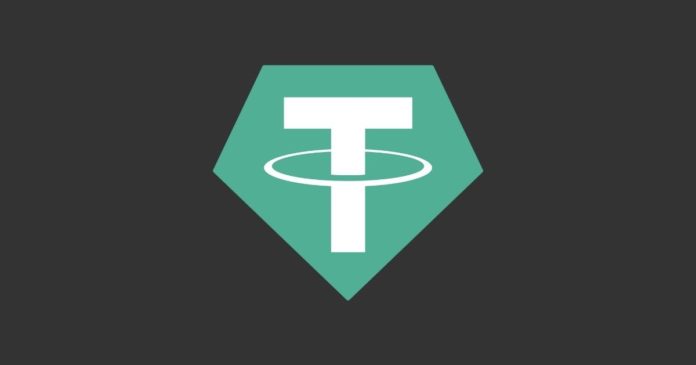 Tether (USDT) has recorded massive growth in 2021 as it currently has $78 billion tokens in circulation according to Coingecko. Tether, a stablecoin pegged 1-to-1 ratio to the US dollar, is currently the fourth-largest digital asset by market value.

The stablecoin Tether, which plays a significant role in the crypto market, has come under fire with speculation about its authenticity. Bloomberg in a recent report alleges that the leading stablecoin is controversial and could potentially be a fraud.

Tether’s founders are Brock Pierce, Reeve Collins and Craig Sellars. They started in 2014 to provide solutions to the volatile nature of the crypto market. However, according to the report, Tether Holdings is operated by unlicensed and unregulated individuals and entities.

The report disclosed that it wasn’t clear which regulatory body is responsible for overseeing Tether. It also claims the stablecoin executive portfolio and amount of employees listed on LinkedIn, for a firm of its size don’t match.

According to Bloomberg, Tether’s CEO, J.L. Van der Velde has never given an interview or spoken at a conference. Also, it noted that Tether’s CFO Giancarlo Devasini is a former plastic surgeon from Italy with a controversial past. The report describes the individual at helms of Tether affairs as ambiguous and likens the project to another enormous Ponzi scheme.

However, Tether’s lawyer, Stuart Hoegner, debunked the statement saying Tether’s CEO and CFO prefer to stay out of the public eye. He further describes the stablecoin critics as “jihadists” focused on destroying the company.

Additionally, the report revealed that Giancarlo Devasini carried out unlawful actions with customers funds to keep Bitfinex exchange afloat. And it claims the stablecoin company’s inability to disclose where it is keeping the huge amount of money in its care is another issue. According to Coingecko, USDT has a 24-hour trading volume of $56,483,175,135.

The report also suggests that Tether’s executives use their reserves to provide huge Chinese conglomerates and other crypto firms with loans. The report ascertains that Tether is controversial because it does not show proof of professional audits despite the firm’s claims.

“Tether still hasn’t disclosed where it’s keeping its money. The only financial institution I could find that was willing to say it’s currently working with the company was Deltec Bank & Trust in the Bahamas,” the report stated.

Despite the number of accusations and litigation against Tether, the leading stablecoin is still standing strong. USDT has been able to weather the storm and is now the official currency of a resistance movement.

One of the main reasons for the continuous growth of the leading stablecoin is that it has kept its promise of achieving stability against the U.S. dollar. According to Statista, in the last 5 years, USDT has effectively maintained a single Tether to the U.S. dollar.

Also, another reason for the token growth is because it acts as a safe point for crypto traders. During a crash/drop, traders will sell their assets in exchange for Tether, which is stable amid extreme price volatility.

Another indication of the stablecoin strength can be seen in the fact that despite Bloomberg’s report it remains unscathed. Tether’s ability to withstand such negative allegations as well as withstand the crypto market crash has reassured customers that the project is in capable hands.

Also, according to the report Tether disclosed that the company holds a significant portion of its reserves in commercial paper. “[…] he told me the company had more than enough cash to cover the most money it had ever had to pay out in a single day,” the report disclosed.

Among other existing reasons, the growth of stablecoins has led to the clamor by lawmakers for the regulation of the token. U.S. Secretary of the Treasury Janet Yellen has urged U.S. Congress to pass a law regulating the stablecoin sector.

It is also important to note that another stablecoin like Circle’s USDC which is backed by U.S. debt isn’t as popular as Tether’s USDT. According to Coingecko, USDC is currently the seventh-largest digital asset by market value.

USDT since it is pegged to the U.S. dollar will always be worth $1. The token according to Coingecko, has a market cap of $78.3 billion and a 24 hours trading volume of $56.5billion. It has a circulating supply of 78 billion USDT coins and a total supply of 78.1 billion. 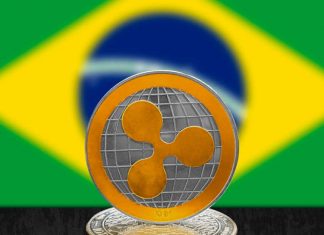 Ani - June 12, 2019 0
Ripple has recently announced that it is launching its operations in Brazil. The Brazil operations will kick off with an exhibit at CIAB Febraban,...