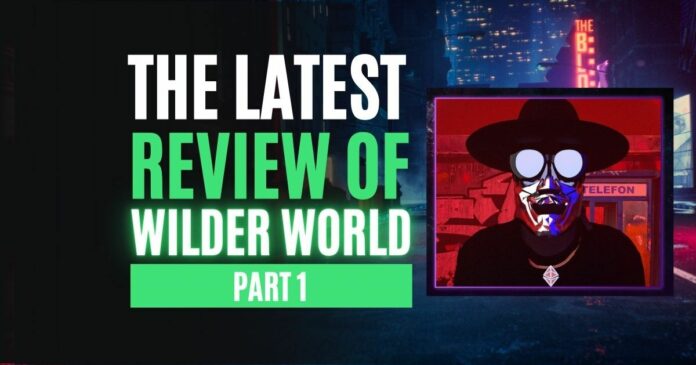 Since our previous coverage, Wilder World has been making leaps and strides in its development. Now, we look at whether Wilder World retains its potential as a good investment.

What is Wilder World?

Simply put, Wilder World is a metaverse project. It aims to build a fully-immersive 5D metaverse with virtual and augmented reality. Its metaverse, called Wiami, is built on Ethereum, Unreal Engine 5, and the Zero base layer. Moreover, Wilder World hopes to scale its metaverse for mass user adoption. For now, you can check out their trailer below.

As with many crypto projects, Wilder World has its own token – $WILD. Today, the $WILD token is used for:

At this point, you could be wondering: “Should I buy this $WILD token?”. Now, although we do not provide financial advice, we’re able to provide some fundamental information on $WILD. Let’s dive into this in the next section!

Is Wilder World a Good Investment?

To evaluate a metaverse token like $WILD, we start off with basic tokenomics.

As of the time of writing this article, $WILD has a market cap of $21 million. This is with its current circulating supply of 94.8 million tokens. Its fully diluted valuation (FDV) is at $111 million, with its max supply of 500 million tokens.

Also, let’s look at $WILD’s token allocation. During their initial token release, the team sold 12.5% of its max token supply to private and public investors. Thereafter, the team and advisors allocated 27.5% of its max token supply to themselves. The rest of the $WILD tokens are kept for project development. For more details, you can refer to the above allocation shown.

So, what do we make of this data?

To summarize, $WILD’s tokenomics are acceptable. We do have to watch for vesting schedules being released gradually though.

b) Team and Backers

Now, let’s look at the people behind Wilder World.

With their team and backer’s experience, Wilder World has a good chance of success. Indeed, this is reflected in their pace of development. Let’s review this in the next section.

In the crypto space today, many projects are all fluff. This means they promise a lot, but they do not deliver. As a crypto investor, you need to avoid such projects like the plague. On the other hand, you should be drawn to projects that deliver on their roadmap. Now, which category does Wilder World belong to?

For 2022, Wilder World released its roadmap as per above. From the updates below, you can tell the team has not lost sight of its 2022 roadmap.

To summarize, we think the $WILD token is a good investment. Wilder World spares no effort in marketing. They also have no lack of expertise. With this, we believe the team has a high chance of delivering Wiami to the masses.

But, how does Wilder World compare to a metaverse giant, like Decentraland?

There’re quite several points to compare. But, let’s look at their metaverses first.

Ok, I may not be fair by comparing screenshots. But I do think Wilder World’s Wiami looks better than Decentraland’s Metaverse! What say you?

Another difference between the 2 is that Decentraland is playable as of now. However, Wiami is still in development. So, we can’t make a fair comparison yet.

For both projects, wallets compatible with Ethereum like Metamask can be used. This is because both metaverses reside within Ethereum. However, you can also access Wilder World on the Zero base layer in the future.

Decentraland’s main token is $MANA. Both $WILD and $MANA’s utilities are pretty similar. They both are used for in-game purchases and governance.

However, $MANA has a $1.28 billion market cap. This dwarfs $WILD’s market cap of $94 million. Now, as an investor, note that tokens with smaller market caps tend to offer higher returns (if they succeed). But, they are also riskier.

How to Play Wilder World?

Unfortunately, Wilder World’s metaverse, Wiami, is still in development! With that, you can’t hop into Wiami’s beautiful cityscape yet. However, you could consider perusing Wilder World’s NFT collections on the WWMM. These NFTs will show up in Wiami in the future!

How to Stake $WILD Tokens?

Now if you would like to be part of Wilder World’s growth, you could consider staking your $WILD tokens. We run through how you can do so below:

For more details on unstacking and providing liquidity as well, you can refer to Wilder World’s guide.

To conclude, we hope that we’ve kept you up to date on one of our top metaverse project picks. Only time can tell whether Wilder World will be successful in the future. But, with Wilder World’s execution, we believe Wiami will become a reality sooner rather than later.

Click on the following link (as per your location) to avail the benefits. Binance Global, Binance US. 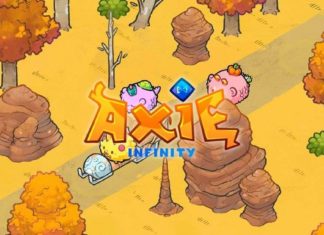 How to Stake $AXS Tokens

Ruma - October 10, 2021 0
NFT- based games aren’t new in the crypto industry. Users are crazy about them, which can easily be seen in the market data. A...

Analyzing the FUD: Why There Is No “Death Spiral” Coming for...