Gamma is an NFT marketplace on Stacks that allows users like us to trade NFTs just like any other NFT platform. What is interesting though is that the Bitcoin network helps to secure the platform.

Launched in September last year, it was named STXNFT.com before being rebranded to Gamma. Gamma aims to be the leading platform for web3 social identity through NFTs that are secured by the Bitcoin network.

Before we get into the features of Gamma, it is important to understand the network underlying the marketplace, Stacks. Stacks is a L1 blockchain that leverages Bitcoin’s security and enables smart contracts to be built on it. Bitcoin is the base layer where transaction settlement takes place. Stacks runs on its native currency, STX though Stacks’ apps can also interact with Bitcoin and use BTC as its currency. Let us now examine this leading marketplace, Gamma, which generated millions of dollars of transactions in under 6 months.

Can Gamma be the next Opensea?

While currently, the majority of NFT transactions happen on the Ethereum blockchain, the team hopes to bring NFTs to life on Bitcoin. Bitcoin offers several advantages that might appeal to us. As we know, Bitcoin is the largest cryptocurrency in terms of market cap and people think of it as digital gold. With close to $385B in market cap, Gamma leveraging on the Bitcoin network taps onto the massive capital looking for deployment. Bitcoin uses a Proof of Work consensus mechanism which helps secure the network.

Gamma is currently a leading NFT marketplace on Stacks. It is in a good position to scale as communities begin to favor social elements in NFT marketplaces. The CEO and founder of Gamma, Jamil Dhanani, said that Gamma’s next step is to “double down on community and putting the collectors, artists, and curators first.” Already, it supports the largest number of NFT contracts of any platform on Bitcoin. It would be interesting to see how Gamma rises to capture market share from Opensea, X2Y2 etc.

The native token STX is trading at 38.7 cents today with a volume of just under $23 million in the last 24 hours. STX’s circulating supply is 1.05 billion out of a 1.35 billion total supply. Its market cap is $408 million making it the #98 project by size in the cryptoeconomy. 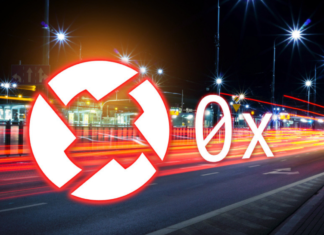 Romel - December 7, 2018 0
The 0x protocol team releases new feature called 0x Instant. This will make purchasing cryptocurrencies even easier. Binance CEO CZ once said something along the lines of...

3 Things You Need to Start Using Secret Network: A Truly...