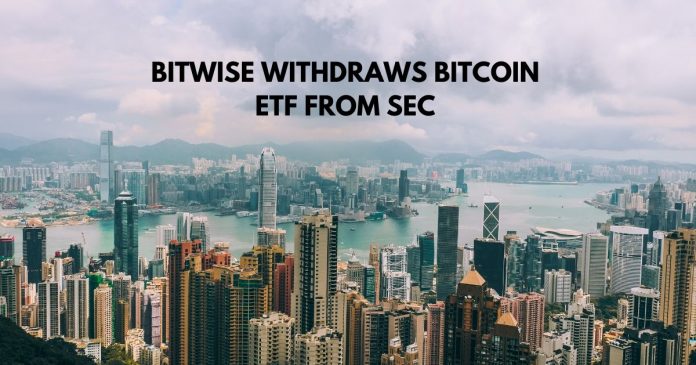 Popular crypto asset manager firm Bitwise has announced the withdrawal of its Bitcoin ETF proposal submitted to the SEC.

This withdrawal comes after a series of rejections, postpones, reapplications and reviewals of the proposal. In a new note to the SEC, Bitwise informed it about the decision to withdraw it. The company calls it a security move, which is in line “with both public interest and the protection of our investors.”

Research Head of Bitwise, Matt Hougan qualified the move as a simple procedural step. Further adding that the firm plans to refile the proposal but only when the time is right.

Before the refiling, the firm will work on providing answers to all pending questions raised by the SEC. Hougan, however, assured the crypto community that Bitwise was still very much interested in getting its Bitcoin ETF approval.

This news comes as a shock to enthusiasts in the crypto space. More so since recently, Bitwise announced that it was committed to empowering Bitcoin investors. So that they can easily access Bitcoin in a regulated environment.

First filed in January of 2019, Bitwise has had to adjust its proposal about eight times. Alongside submitting several other documents. Like a presentation of ways to tackle fake volumes and a 500-page white paper.

Bitwise isn’t the only exchange to have discarded its ETF proposal. In September 2019, the Cboe BZX exchange also withdrew its VanEck/SolidX Bitcoin ETF proposal. The only proposal currently with the SEC is that of Wilshire Phoenix. A ruling is expected on February 26, 2020. Though, the likelihood of its approval is slim.

Several other exchanges filed for a Bitcoin ETF. However, the SEC rejected them all. It states market manipulation as the reason for the rejection. In the words of the SEC chairman, Jay Clayton, “there is no pathway to a cryptocurrency ETF proposal. Unless all market manipulation concerns are fully addressed.”

Many analysts believed that 2019 was to be the year for a Bitcoin ETF launch. We definitely hope that 2020 will fulfill this prediction. 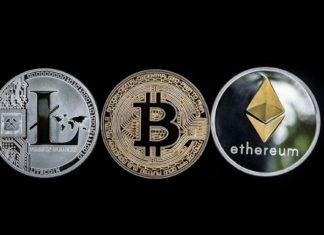