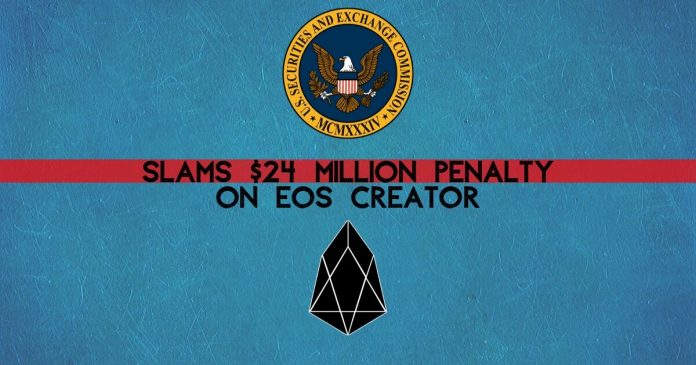 The United States Securities and Exchange Commission (SEC) tightens its grip on unregistered ICO executors. The makers of EOS have to pay $24 million.

EOS’s parent company, Block.one, has broken the SEC’s rules. In an official press release, the SEC states that it conducted a non-compliant token sale between June 26, 2017, and June 1, 2018. Back then, Block.one sold close to 900 million ERC-20 tokens. And eventually funds worth several billion dollars were raised.
The SEC states that Block.one told the ICO participants the following: that it would use the funds for general expenses. And that it would invest them into the development of software and promoting blockchains based on it. Besides, Block.one launched its ICO right before the release of the DAO Report of Investigation, which stressed that DAO was a security.
The press release reads, “Block.one did not register its ICO as a securities offering pursuant to the federal securities laws, nor did it qualify for or seek an exemption from the registration requirements.”
Moreover, the SEC emphasizes that Block.one did not provide the ICO investors with material information. And this is a violation of the securities laws.
Consequently Block.one has consented to pay off the one-time civil monetary penalty. But it has neither admitted nor denied the SEC’s investigation results.
That said, Block.one made an interesting official revelation. According to the announcement the particular ERC-20 token is no longer traded or in circulation. With this settlement, all is good between the SEC and Block.one.

The Block.one website announcement states that the company received an important waiver from the SEC. It exempts Block.one from a set of restrictions around such settlements. However, it is noteworthy that the SEC doesn’t mention anything of that kind.
Block.one seems to be breathing a sigh of relief as the long impending issue settles. Likewise, the excitement about the special waiver is high as it is an indicator of the SEC’s trust. This way, the Commission shows that it believes that Block.one will adhere to compliance policies in the future.

Overall, it seems like the SEC has become, arguably, even more active than usual. Recently, it went after the creator of ICOBox. It also continues fighting with a popular messenger Kik. 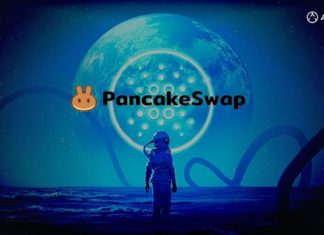 Farm on PancakeSwap in Binance Mini-Program

Why Not Mine With A TV Set?