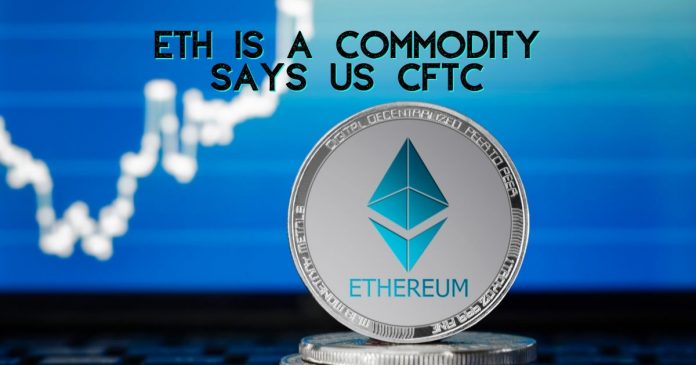 The new CFTC Chairman, Heath Tarbert, who took over the role in July, revealed the Commission’s standing on Ether. Consequently, Tarbert revealed that Ether (ETH) is seen as a commodity. Thus, it falls within the jurisdiction of the CFTC and expects ether futures trading on the U.S. markets soon.

Quoting Tarbert: “We’ve been very clear on bitcoin, bitcoin is a commodity. We haven’t said anything about either until now.”

“It is my view as chairman of the CFTC that ether is a commodity,” he confirmed.

Based on the report, Tarbert supports the SEC’s previous guidance which states that bitcoin and ethereum are not securities. Also, the Commission works with the SEC on these issues. However, Tarbert pointed out that the CFTC already classified Bitcoin and other virtual currencies as commodities in 2015.

Besides, Tarbert confirmed the need to clear existing uncertainty on the status of altcoins. He stated that similar digital assets like Bitcoin Cash (BCH) or Ethereum Classic (ETC) should be treated as original assets. Thus, the CFTC’s classification of each coin would depend on how the coin was created.

“It stands to reason that similar assets should be treated similarly. If the underlying asset, the original digital asset, hasn’t been determined to be a security. Thus, it’s a commodity, most likely the forked asset will be the same,” Tarbert said.

The CFTC Chairman pointed out the fact that the status of a forked coin may change. This can happen if the fork itself raises some securities law issues under that classic Howey Test. To remind, it refers to a 1946 case that involves the selling of shares in a “citrus grove.” Currently, the SEC uses the test as a major determinant to know whether a digital currency behaves like a security.

The 14th CFTC Chairman was also asked how relevant the Test is at the moment. He said: “I think the analysis is pretty sound. It has stood the test of time. Ultimately it raises a fundamental question, is this something that is being used for capital raising?. Are you investing in an enterprise, or buying something that has a tangible store of value in and of itself?” 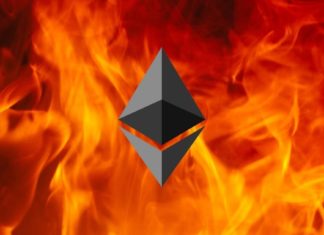 Martin Young - July 10, 2021 0
The Ethereum London upgrade has gone into its final phase of testing this week and the highly anticipated hard fork has now been scheduled...

How Did Coinbase Super Bowl Ad get 20 Million Visits?