Blockvest was touted as a new decentralized exchange for crypto assets as well as a cryptocurrency index fund… but not anymore! Today, the news came out that the U.S. Securities and Exchange Commission (SEC) obtained an emergency court order halting a planned initial coin offering (ICO). The reason: the backers of the ICO falsely claimed it was approved by the SEC.

Another day, another shut down! An SEC court ordering revealed yesterday that Blockvest falsely claimed its ICO and its affiliates received regulatory approval from various agencies, including the SEC. Because of this, the SEC secured a court order freezing the assets of Blockvest and halting the operations of an allegedly fraudulent cryptocurrency scheme. The order also halts ongoing pre-ICO sales by the company, Blockvest LLC and its founder, Reginald Buddy Ringgold.

According to the SEC’s complaint, Blockvest and the owner, Ringgold, who also goes by the name Rasool Abdul Rahim El, were using the SEC seal without permission, a violation of federal law. The SEC stated that Blockvest falsely claimed their crypto fund was “licensed and regulated.” The complaint also alleges Ringgold promoted the ICO with a fake agency he created called the “Blockchain Exchange Commission,” using a graphic similar to the SEC’s seal and the same address as SEC headquarters.

Robert A. Cohen, Chief of the SEC Enforcement Division’s Cyber Unit, said about the matter:

“We allege that this ICO is using both the SEC seal and a made-up crypto regulatory authority to trick investors into believing the ICO was approved by regulators. The SEC does not endorse investment products and investors should be highly skeptical of any claims suggesting otherwise.”

Blockvest and Ringgold also allegedly misrepresented Blockvest’s connections to a well-known accounting firm, and continued their fraudulent conduct even after the National Futures Association (NFA) sent them a cease-and-desist letter to stop them from using the NFA’s seal and from making false claims about their status with that organization.

The Blockvest shut down is the latest case of the SEC’s cyber unit, ‎which was created last year to target violations involving distributed ‎ledger technology and initial coin offerings as part of a new effort to fight ‎cyber-crime.‎ 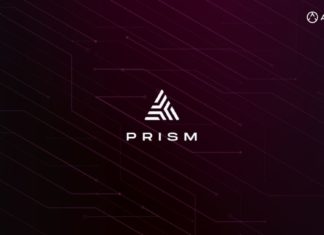 What Is Prism Protocol?

Martin Young - April 19, 2022 1
There is currently an overwhelming choice when it comes to decentralized finance protocols. One that has taken a slightly different approach to staking and...

Harmony IDOs Have a New Home