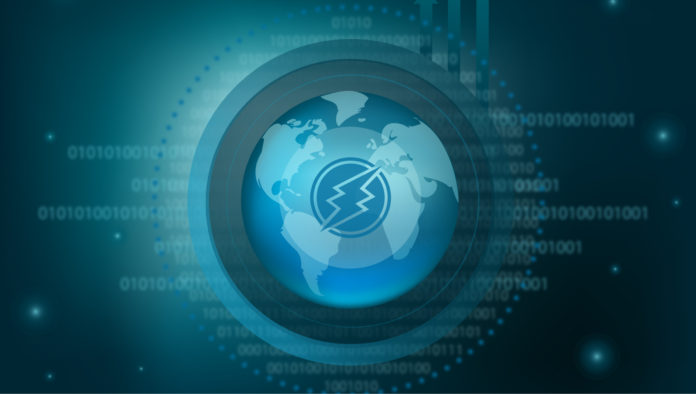 Electroneum has been a lot in the news lately and last week they have announced 4 new exciting developments that strengthen their positions not only in the crypto markets but also to the 99% who are not in crypto on their road to mass adoption. The summary of each announcement is below:

1. Electroneum now has a fiat pair in EURO on the Liquid Exchange, taking another step towards becoming less dependent on the price of BTC or ETH. Electroneum is also partnered with Liquid who is a top 25 exchange by volume and is to be integrated with their patent-pending instant payment system, which will allow vendors who accept ETN to instantly convert a percentage or all of their ETN they receive straight to FIAT. This is huge news for vendors who accept ETN or cryptocurrency in general.

2. Electroneum is now live and trading at SistemKoin; Turkeys largest crypto / FIAT exchange. This adds 2 more FIAT pairs for Electroneum, ETN/LIRA, and ETN/USD. While the USD pair is good news for Americans, it is even greater for the Turkish citizens. Cryptocurrency has exploded recently in Turkey with the collapse of the economy in the last few years. The Turkish Lira is suffering from hyperinflation (similar to what Venezuela is experiencing) and the citizens are looking for ways to secure the value of their money. Many turn to crypto to do so. Turkey also holds the most % of crypto among people in Europe / Asia, with 53% of the population believing crypto is the future is and 18% owning cryptocurrency themselves. 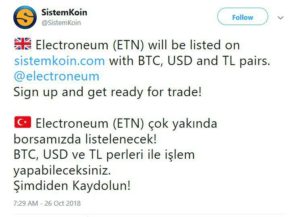 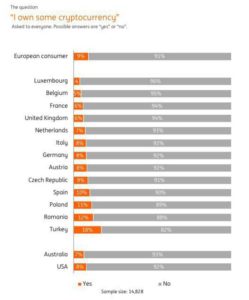 3. Electroneum has also announced that they have started their first marketing campaign since the ICO. They have started marketing the WooCommerce ETN IPS plugins that allow vendors to easily accept ETN on their sites. The popular eCommerce engine for WordPress now has an ETN payment plugin that can be installed and configured in under 10 minutes and they are offering free marketing to the vendors who installs the plugin to the ETN community, which is currently at 2.5 million users. 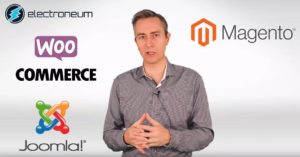 4. The fourth announcement they made was that the partnership with Joytel, which they had signed an MOU back on December 1st, 2017; This deal is moving forward and they are entering the trial stages. This partnership moving forward was made possible by the KYC/AML implementation that goes live on November 12th. Electroneum announced that they will do some test marketing to 10k Hong Kong users and 10K users in South Korea. The users can pay for their phone bill with ETN and they also get a discount for doing so! As Electroneum perfect their marketing plan in the trials, they prepare and perfect their game plan for the larger partners in the works which are massive.

Exciting times ahead for Electroneum. November should be an interesting month. Stay tuned. 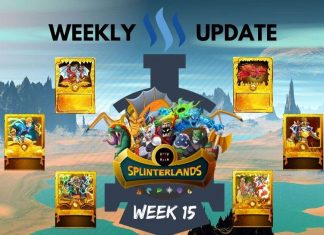 Full Steem Ahead with Splinterlands Week 15

Ezekiel Ng - April 19, 2020 0
All aboard the Steem train as we bring in updates from Splinterlands. Splinterlands continues to amaze! More than 11 million games were played with cards...

Craig Wright Is Now Also Picking A Fight With XRP and...