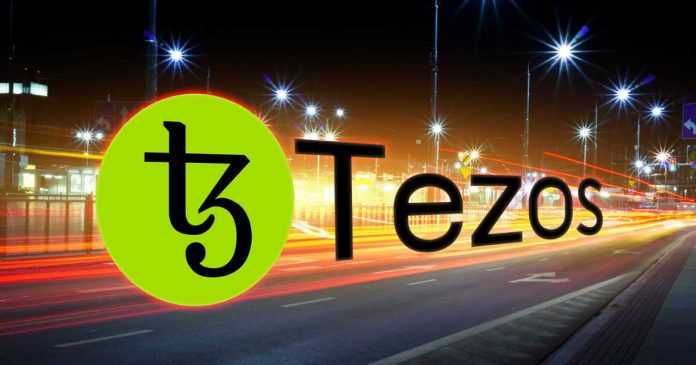 Tezos pumped most likely because of the many positive news as well as the bottom being called out by some known traders.

“After we found the bottom, the Tezos began to grow, now it looks very bullish.” 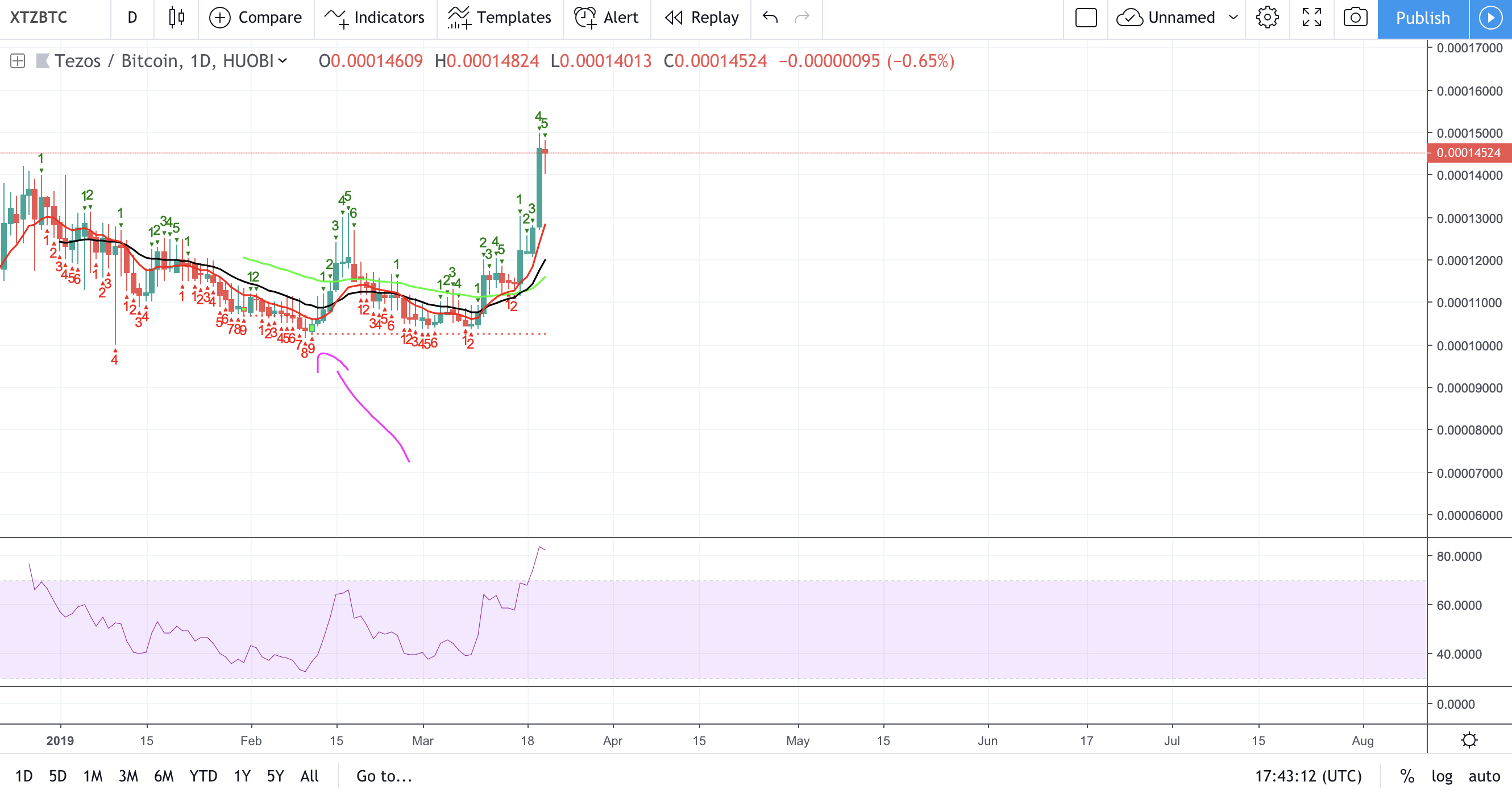 According to the TD indicator on the daily chart, we can see that a few days after the 9th bullish candle, on 11 February, Tezos started in an uptrend then came back to around 10400 Satoshi where it consolidated a bit and then spiked up again. To mention, that count showed up for the second time on the daily chart after the bottom was called out on the 6th of December 2018 at 8600 Sats. Since then it almost doubled its price.

The 9 days EMA is also bullish while the RSI indicates overbought. 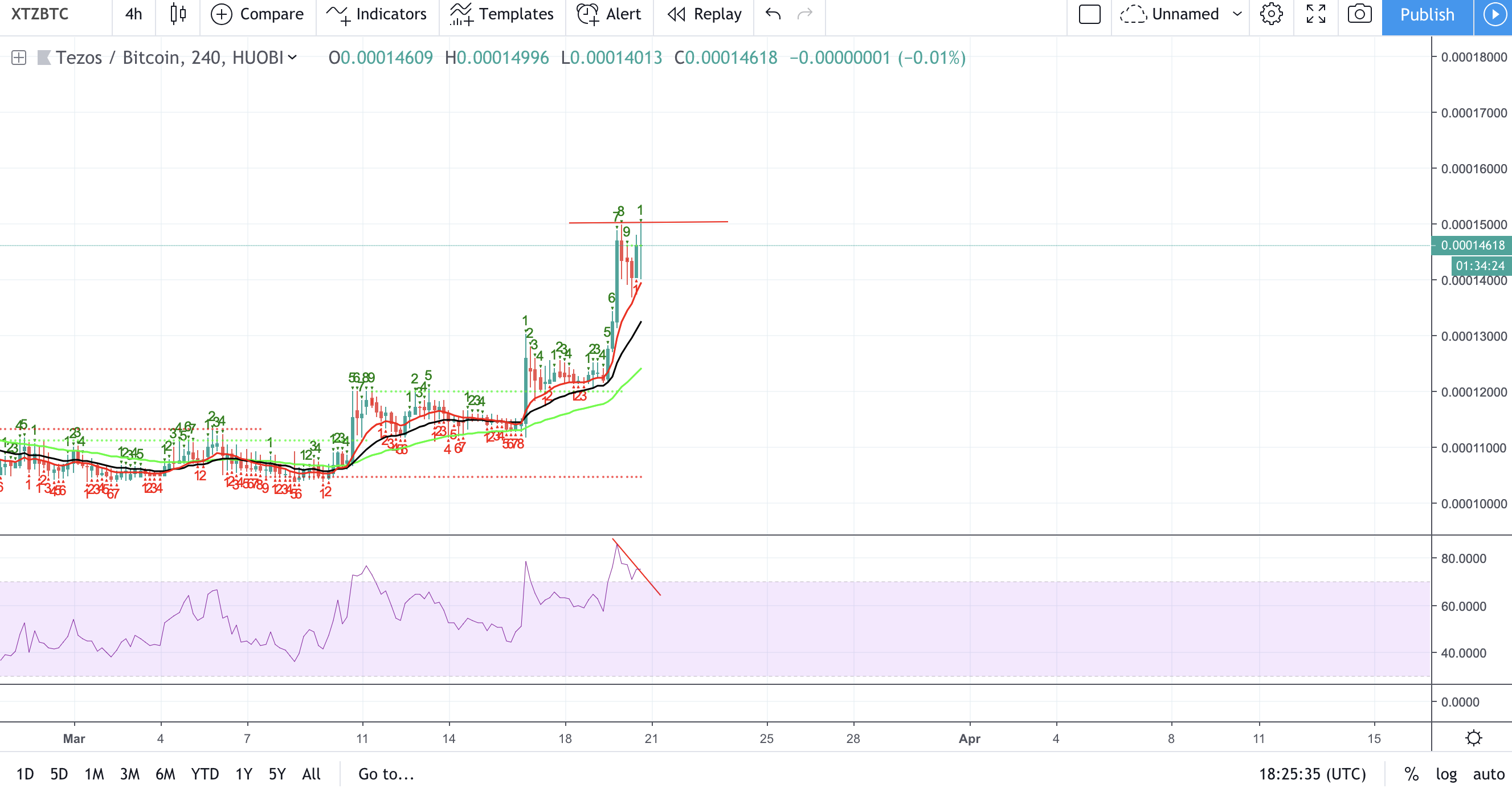 If we have a look at the 4-hour chart we can see that the RSI indicator is heavily overbought, 16 hours ago the 9th TD count indicated bearish (a small correction came after), while it’s finding support on the 9 EMA.

I will be bullish on it only if it breaks above 15000 sats. After that, I would plan to exit as soon as possible around 19000 sats. I would wait a bit to see how it does and maybe get back in if the volume keeps coming in.

For now, I would expect a correction to around 13000 sats, but not confident it will happen due to the volume that is coming in.

In the long term, it’s very possible to double its price again.

The news responsible for the surge:

Bitfi announced the addition of Tezor on their wallet in a tweet:

“Due to popular demand, we are adding Tezos (XTZ). This is a very important smart contracts platform that delivers features that others cannot, like formal verification. #Tezos #XTZ”

“We’re witnessing an explosion of developer skills. The blockchain community has turned towards building, and over the next several months with support from Tezos Commons, we’ll host events around the world focused on challenging those developer skills.”

“Mainframe and Tezos share the core commitment to advance blockchain development and adoption. With the Tezos Foundation (sister organization of Tezos Commons) announcing plans to train 1,000 developers in 2019, we’re eager to work side by side to accelerate developer experience building dapps using the Mainframe platform.” 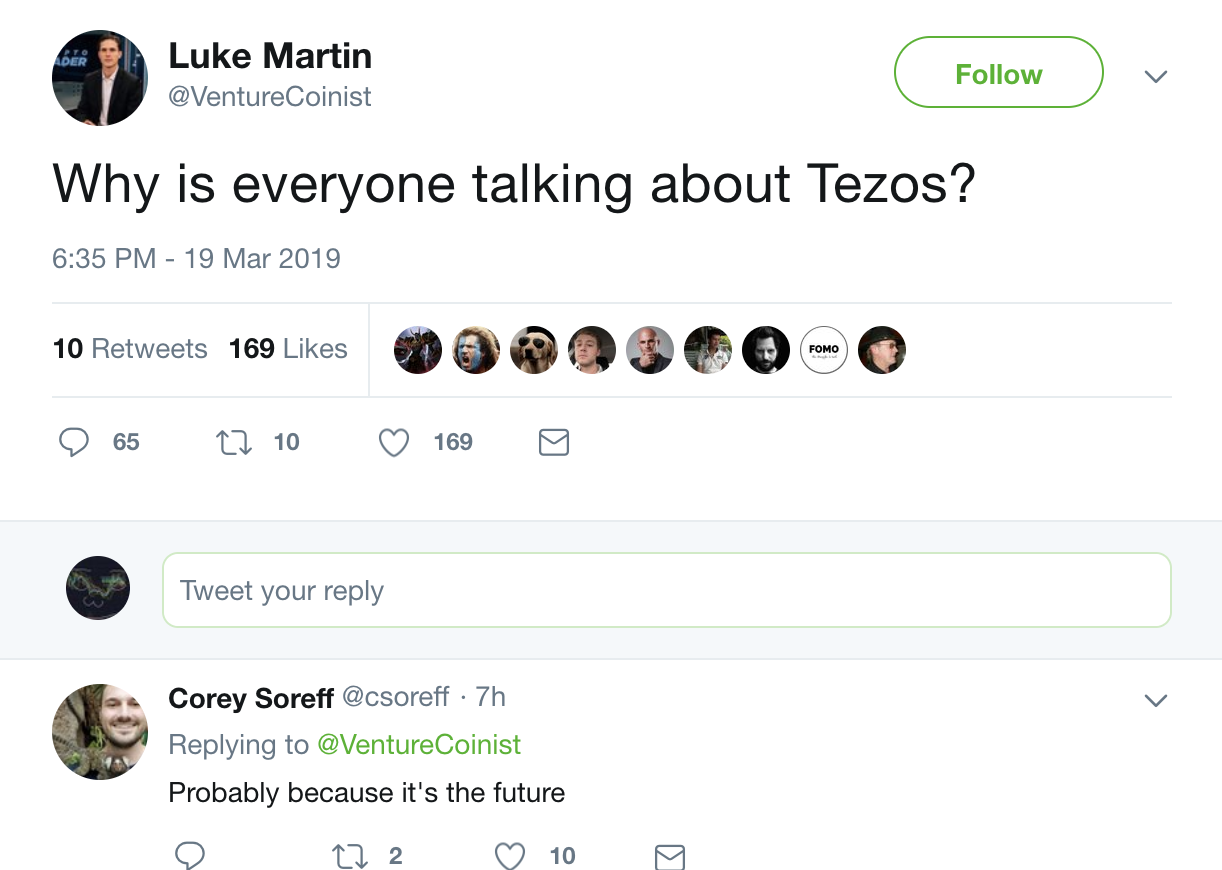 The social media seems to be bombarded with articles and tweets.

Luke Martin’s tweet got a lot of good response. 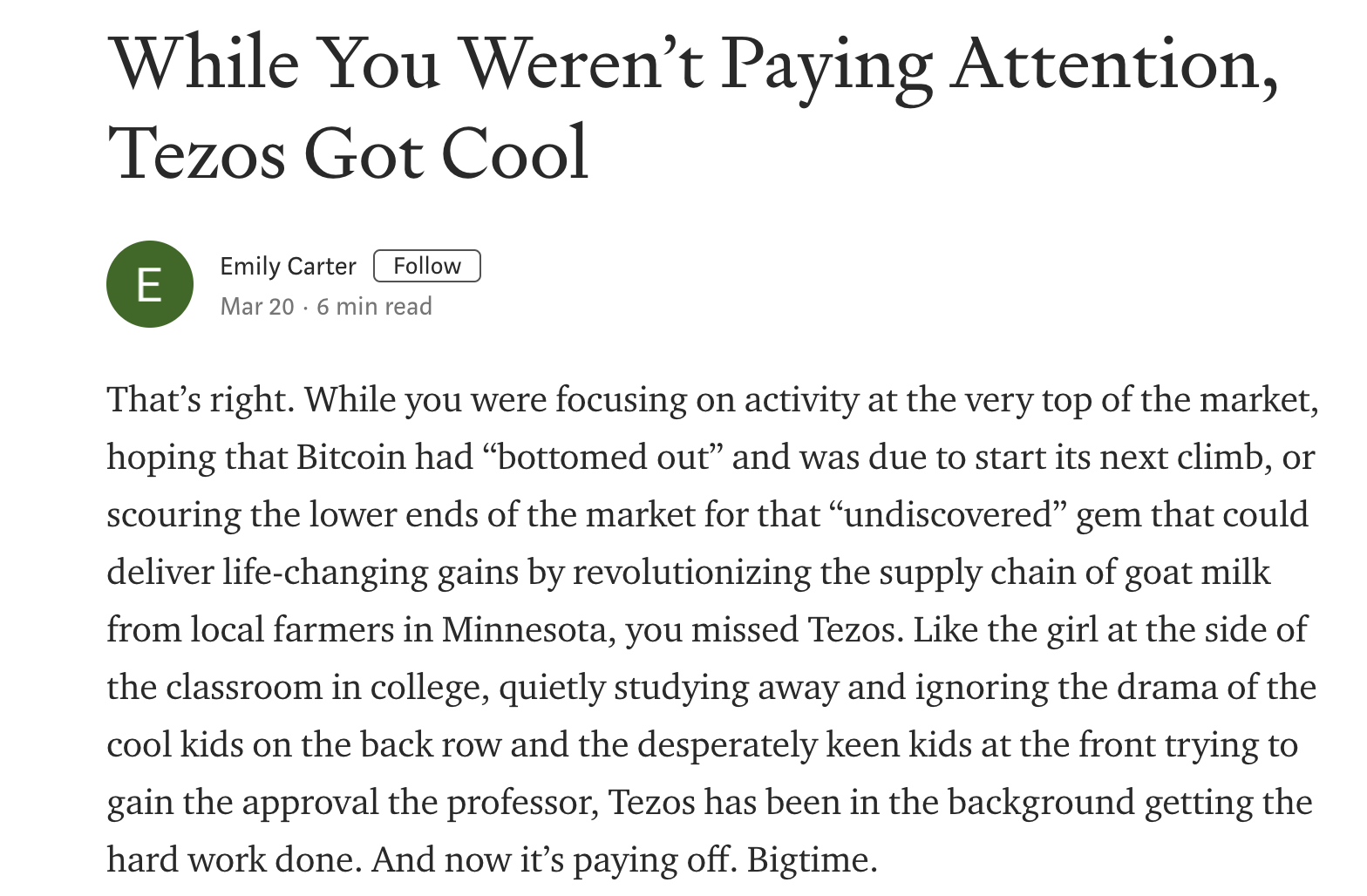 Tezos also shared in the updates channel an article written by @EmilyCarter on her Medium which is also hyped up.

It’s really hard to say where it will go from now in the short term. If you are planning to jump in, I would suggest a tight stop loss.

Overall, I would be cautious with Tezos (in the short term) just for the fact “what rises fast, falls fast”. But this does not mean it could not be something big and pump even higher. I would advise you to make further research into the project.

At the moment of writing the article, the writer does not hold Tezos. 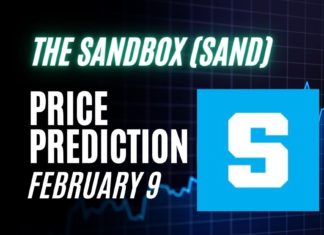 Pratik - February 9, 2022 0
The Sandbox is a community-driven platform where creators can monetize voxel ASSETS and gaming experiences on the blockchain. Creators can host custom games and events...