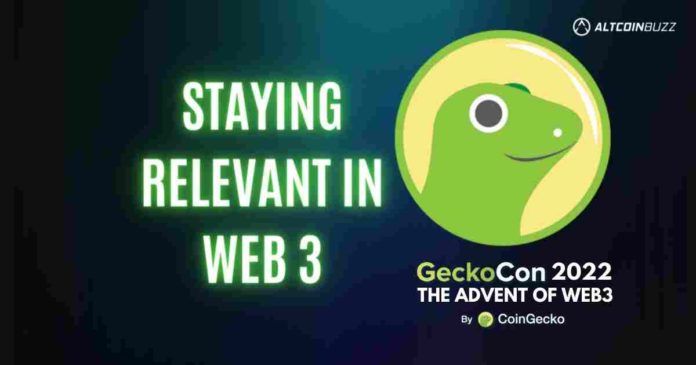 The Web3 space has evolved from what it was a decade ago. Even some of the early adopters of blockchain technology have found it difficult to cope with the pace and competition in the industry. VC firms are pouring millions of dollars into projects they deem potentially profitable. And some of the oldies are hardly getting a look in. How do you keep up?

In this session of the GeckoCon 2022 Conference titled, “Staying Relevant in Web3,” the moderator, On Yavin, founder & managing partner at Cointelligence Fund, and his two panelists, Ben Lakoff, co-founder at Charged Particles, and Joan Kim, an investor at Samsung Next, closely discussed how projects can remain relevant in the ever-changing Web3 space.

Joan, whose firm supports founders in industries they care about, noted that most developers and builders are entering the Web3 space. The growing adoption of Web3 mirrors what the future of the internet looks like. However, as is often the case in Web3, an increase in users means increased competition.

Will the Metaverse Exist Without Digital Ownership?

Responding to the question, Joan talked about how ownership rights are a core part of many industries in the physical world, and she doesn’t think the metaverse would be any different. According to the investor, ownership is essential if the digital world is to function effectively.

Ben agreed with Joan’s statement, adding that the metaverse has yet to take a definitive position. The industry is still in its early stages. So, a lot is being defined.

How Do Pure Blockchain Projects Connect to the Web3 Concept and Trends?

Ben also shared his thoughts on the question, choosing to focus on the DeFi space. Pure blockchains enable smart contracts, which power DeFi activities and the whole idea of decentralization. According to Ben, there’s a difference between a DeFi smart contract that’s over collateralized and programmed by firms offering DeFi-like services. Ben concluded that DeFi smart contracts built on blockchains allow for true ownership for those in this sector of the Web.

Do You Think Ethereum is Decentralized? 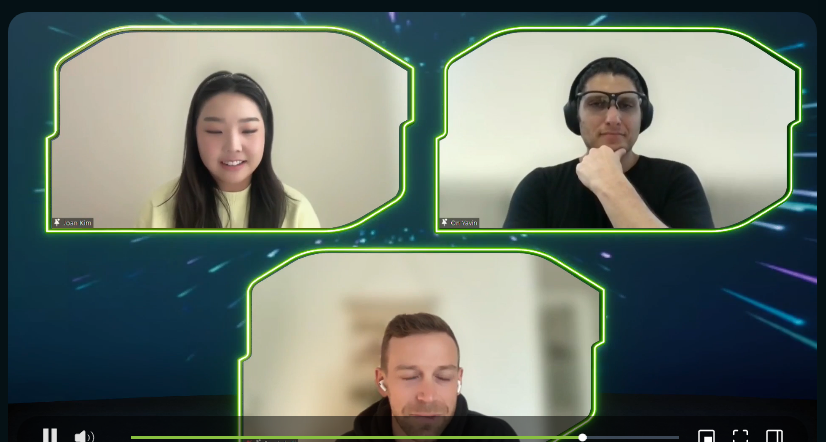 Do You See Any Connection Between Blockchain for Medical or Supply Chain Purposes Relating to Web3?

On his part, Ben remarked that since the blockchain is transparent, a lot of people have issues with their medical transactions being on the blockchain.

What are the Current Trends in Web3?

The Web3 space is often the home of new innovations and trends. And lately, there’s been a lot going on. For Ben, one of the most eye-catching trends in recent months is the emergence of little parts of the ecosystem into larger units.

For example, a few years ago, DeFi was simply all about lending, swapping, and borrowing. However, DeFi has found use cases in NFTs, blockchain gaming, and other parts of the system. Many of these use cases are still in their early stages. But Ben finds it interesting to see how the entire system interconnects.

Moderator On shared his opinion on some of the ongoing trends in Web3. And according to On, blockchain gaming is the future of the gaming world. Although there have been overhyped and failed gaming projects, there has been an increase in the number of gaming projects in the market.

On believes that blockchain holds the key to the next wave of adoption. A lot has changed in the gaming world since the emergence of the play-to-earn gaming model. These days, gamers have control of their rewards and in-game assets, including their characters. According to On, these advancements will entice traditional gamers to invest in blockchain in the coming years.

Despite the improvements in the gaming world, there’s still a lot to achieve before the industry can compete with traditional games in terms of quality. Most AAA games take at least two years to develop, even with the best of developers. However, games in the blockchain space often lack an intriguing plot or compelling graphics. So, while the reward aspects of blockchain gaming are commendable, it is still lacking in terms of quality experience.

How do You Make Sure You Survive the Long Bear Market if it Continues?

The bear market is no joke. Projects have suffered great consequences, including bankruptcy, as a result of it. The panelists each took turns sharing how their respective projects are surviving the strong waves.

Sharing her perspective, Joan remarked that all the crypto portfolio partners at Samsung Next are mentally prepared for the crypto winter since it is not a new trend in the industry. For newer projects, this might be their first experience with a crypto bear market, Joan suggested long-term thinking, a stronger team bond, and other smart financial decisions.

On his part, Ben advised founders and investors to stick to their long-term strategy. He also advised crypto users to focus on other aspects of their lives other than Web3 for the sake of their mental health.

The bear market is going to determine a lot of things in the crypto space. This includes the presence of investors and the prices of cryptocurrencies. So, to stay safe, it is important to only invest in projects after careful research. Now’s not a good time to jump on any train that seems profitable. Controlling fear and anxiety will be one of the biggest skills for this period. 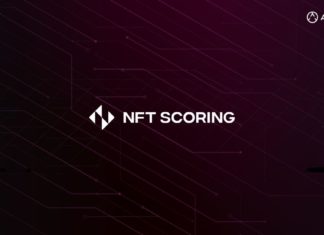 Gaining an Edge With NFTScoring

Jin Ming - July 8, 2022 0
NFTs continue to remain a subject that many cannot fully understand. How do you value an NFT? How do you determine if it will...