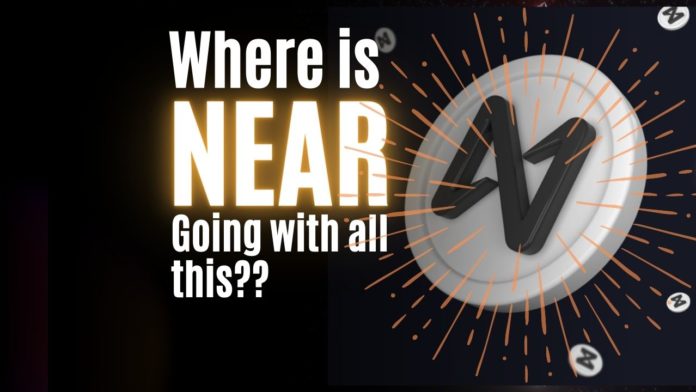 When you think of the Layer 1 blockchains other than Bitcoin and Ethereum, what do you think about them? If you are like most investors you think about the potential ‘Ethereum killers’.  Whether that’s Avalanche or Solana or Cardano or Polkadot. And with good reason, these projects all have something different to offer.

But there’s another that’s doing some great work but with far less of the notoriety. And that project is Near Protocol. Therefore, in this article, we are going to look at NEAR and see 10 reasons why you should buy it.

Reason #1: Undervalued Versus Its Peers

We believe NEAR is undervalued by its peers. In other words, against other Layer 1 blockchains. We like looking at an on-chain activity like developer activity and unique addresses on Layer 1s.

These are good indicators if Layer 1 is building network effects that will increase its value over time.

Not only is Near doing great in the growth of developers but they are growing faster than Ethereum was at this stage in their development. And as addresses go, they have more active addresses right now than Avalanche or Solana, both of whom are over $30 billion market cap projects while Near is valued at $7 billion.

When looking at these metrics, it looks like NEAR is undervalued compared to other quality Layer 1 projects.

Reason #2: Sharding Is the Future

Moreover, NEAR runs its network fast and cheaply by taking advantage of sharding. Also, sharding breaks up the data into chunks and moves the chunks around to many different nodes. This lets the network can store the information without sacrificing efficiency and process transactions capacity.

Vitalik has said he expects sharding to be an important part of the future Ethereum 2.0 where Nightshade is the sharding design that NEAR uses that produce blocks and validators. Therefore, Block producers create the block and the validator validates it and adds it to the chain.

While both work on the main NEAR chain, both block producers and validators are using shards to download only a small portion of the chain’s data at any one time. This is how they can maintain speed. Therefore, NEAR is already way ahead of the pack in what many see as the future of scaling PoS chains.

On the other hand, NEAR made a smart strategic move when deciding to be compatible with the EVM with their protocol. Therefore, they decided to build a 2nd protocol called Aurora that also acts like a Layer 2 and a dApp protocol for building apps on Near.

Moreover, it has a separate token and it might be a worthwhile small-cap investment pick as its market value is a little under $20 million. We like that EVM can be part of the chain without clogging up the chain the way Ethereum gets clogged with transactions or Solana ends up with network problems.

Also, NEAR has a burn program, where they burn all the transaction fees. We are big fans of tokens with burn programs. Sometimes it leads the tokenomics to be deflationary but it makes them less inflationary.

Along with the burn program, Near has a low inflation rate at a consistent 5% per year. 90% of the new tokens go to the validators and the remaining 10% go to the Treasury.

We like that the emission rate is low, consistent, and predictable.

Some PoS networks make staking easy but unstacking a pain, but NEAR makes it easy. In NEAR, you can unstake and within 48 hours you are free to move your coins wherever you want. This is lower than many chains including Polkadot and Cosmos.

Reason #7: Storage Fees are low but add to Utility for Near Token

NEAR charges for storage, where fees are low. But, you have to use the NEAR token for storage. The amount of NEAR you have locked determines your storage limit and then you use NEAR to pay for your storage.

The consensus mechanism is called Doomslug which takes turns assigning block producers to produce blocks and then broadcast them to the network. It keeps things orderly and fast.

Unless at least one participant in the block is slashed, that block is final.  Slashing is a penalty for bad behavior. when a validator approves an incorrect block or tries to cheat the network. So slashing is bad and thankfully it rarely happens. As such, the block is final very quickly.

Reason #9: Building Out a Growing Ecosystem

In October, NEAR announced an $800 million funding program specifically to build out apps in their ecosystem. Proximity Labs is providing $350 million and the emphasis will be on DeFi apps specifically.

Another $100 million will go into a Grant Pool for Startups where 20 winners will earn a $5 million grant. 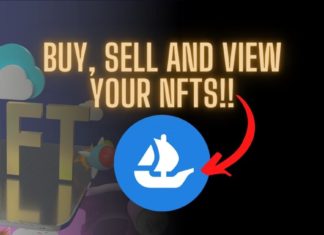