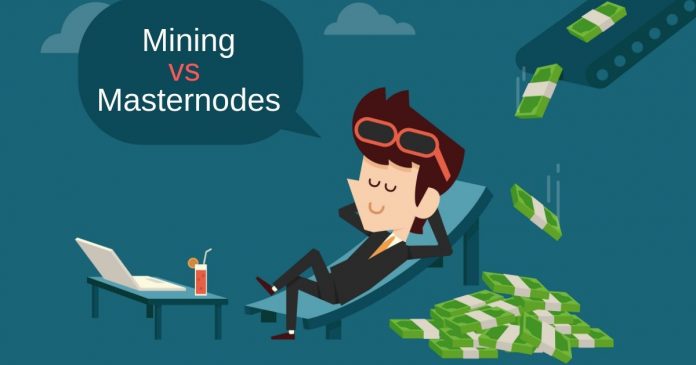 However, newcomers to the crypto world often have trouble understanding all these terms and other vast aspects of these. We will talk primarily about ‘Mining’ and ‘Masternode’ – their dynamics and the differences between the two.

If you have been wondering how a new Bitcoin generates, ‘mining’ is the quick answer to it. When the high computing power of computers is used to solve the cryptographic problem in each crypto transaction, a new block is generated. Mining is the creation of new blocks in the blockchain network.

The mining of crypto can only take place if it is based on POW (Proof of Work) consensus mechanism. Going deeper, POW is a requirement to define an expensive computer calculation, also called mining, which needs to be performed in order to create a new group of transactions (aka blocks) on blockchain network.

The POW requires a mining software along with high computing power to solve complex mathematic calculations. In exchange for efforts spent in trying to solve a complicated algorithm, miners receive a reward in the form of coins.

Mining, in essence, validates the transaction on the blockchain network.

Factors to consider for Mining

The rising power consumption in mining edged the transition to Masternode.

Simply speaking, a masternode is a server on a decentralized network. It has unique functions which makes it different from an ordinary node. They include features like instant transactions, private transactions, and direct send.

Masternodes are wallets that are fully synchronized and 24*7 connected with the blockchain network. Masternodes stores all information about the network and also confirms or rejects new transactions that are added in the process of generating a new block.

As a Masternode owner, you receive a passive income depending on the reward distribution between the miner and the holder of the masternode, and also depending on the established reward for each block.

Masternodes uses an alternative consensus mechanism referred to as POS (Proof of Service) since the masternodes provide vital services to the blockchain network. In fact, the masternodes oversee the network, so far as to have the ability to reject improperly formed blocks from miners or stop miners from adding blocks using outdated software.

Not Necessarily Proof of Stake (PoS)

Many people assume that masternodes are an extension of Proof of Stake coins, where crypto coins are not mined but are staked. However, that’s not true, as PoW projects can use masternodes as well. Masternodes can’t work in silos like PoS for a new block generation. Also, Masternodes has a minimum threshold defined for the number of coins to hold, while for PoS, there is no minimum limit on the coins a user can stake. The reason masternodes garnered more traction is that returns on masternodes are more predictable.

You can make passive income with a masternode just like you could through a PoS cryptocurrency, but you don’t need PoS specifically to run masternodes.

Factors to consider for Masternode

In order to become a masternode, you must:

Depending on the network and other aspects, masternodes may be rewarded once per day, or even several times per day.

One of the most popular cryptocurrencies, launched on Masternodes is Dash. In order to run the masternode on the Dash network, you need to have 1000 Dash on your account. In the Dash network, 45% of the block rewards go to the masternodes, 45% goes to the miner and 10% goes to the functioning of the network. But there are other cryptocurrencies running on masternodes, for example, Masternodecoin (MTNC), Bitcoin Lightning (BLTG), Fexchange (FXC), KZCash (KZC), EXUS Coin (EXUS), NERO (NERO), Nibex Cash (NBX) and others.

Masternode can be profitable when investing at the early stage but like any other investment due diligence and further research of the coin results in long term potential.

Each network has its masternodes with unique features and no two masternodes are same. Every system approaches its masternodes differently. However, while masternodes can be quite rewarding, and are closely connected to mining, they are also entirely distinct, and a lot of newcomers mistakenly confuse the two.

The best way to understand the difference between the two is by looking at their respective pros and cons.

These two systems do not overlap, as no mining takes place on masternode computers nor can a mining computer run a masternode. All of the miners and the masternode owners are members of the blockchain community and their work and support provide the financial strength to the blockchain network. Now which one you want to pick depends on the different range of distribution of rewards both. 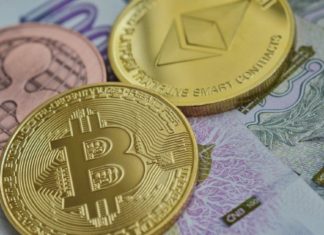