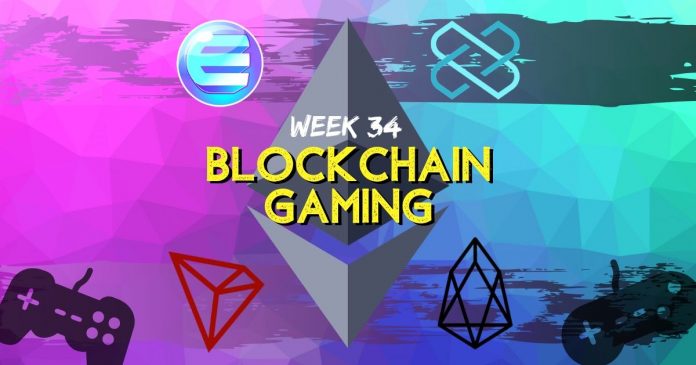 Bringing you a round-up of most important and relevant news and updates from the blockchain gaming space for the past week. This week brings many exciting updates from Enjin platforms and games.

The end of Gen-0 items on Tron and generation 1 items are to be dropped via strongholds in the new update.

The developers of Chain Clash share their thoughts about building a blockchain game.

COCOS is now supported on Binance and an updated version of the whitepaper has been released.

Egretia has partnered with Hydax to grow its blockchain gaming system. Also, an EGT lock-up event is ongoing to rewarding users with a 1:1 ratio of tokens locked.

ELET is available for staking on Bancor.

Coincodex is organising a giveaway with Enjin with a grand prize of a 35,000 Enj backed token.
Enj CTO, Witek Radomski, will be present at a technical blockchain workshop in Vancouver on 28th August.

Essential Hedgie now purchasable in the marketplace for 500 Curio

An update for items in DarkTown has been released.

New balance update which hugely focuses on the power level of Light is out.

The first screenshot showing bricks production in-game is out.

Silica Nexus partners with Ether Legend & CryptOink. Both games will become part of the upcoming NFT marketplace as well as the tokenized prizing platform “Prize neXus” which will allow arcade players all over the world to win NFTs through theme parks, arcades and other forms of RL entertainment, instead of physical prizes.

Zilliqa has a new website launch and project manager of Ocean Rumble shares his thoughts on building on Zilliqa. 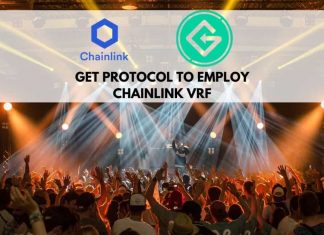 Racheal - July 31, 2020 0
GET Protocol to utilize Chainlink Verifiable Randomness Function (VRF). This is done in order to carry out trustless and transparent ticketing services. The blockchain-based smart...