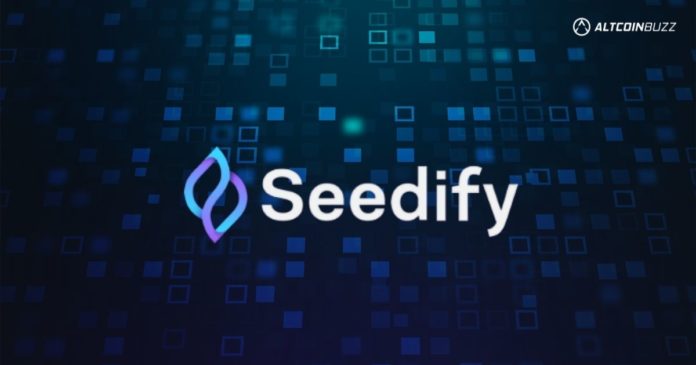 Seedify is one of the leading launchpads giving blockchain projects an edge when they launch. The platform is equipping the industry’s next wave of innovations. This is via its community-driven governance and funding mechanisms.

Launchpads are now a norm in the blockchain space. So, the competition among such platforms is intense. However, Seedify easily stands out amongst other launchpads. It adopts a one-of-a-kind approach. The platform also stays on top of its game by constantly rolling out new features that make it a smart choice for investors and new users.

Thus far, Seedify has heavily focused on token launches such as initial game offerings (IGOs). The launchpad space is quite different from other parts of the blockchain world such as DeFi. For example. There is little regulation, protection for investors, or any form of detailed monitoring.

Time to update the calendar! 🚀
More surprises will come as we keep levelling up the game. Stay tuned!

Furthermore, the nature of this ecosystem also attracts irresponsible entrepreneurs and teams, as well as con artists. Like many platforms, Seedify branched out with no rules. It focused on helping the connection between projects, the community, and influencers.

Nevertheless, in recent months, several events have occurred that demand a change in policy. Some projects delayed their launches while others failed to follow guiding principles during their listings. Then, some have handled their projects poorly. All these have caused harm to Seedify’s community as well as the platform’s credibility and partners.

Seedify to Raise the Bar on Guidelines

With Seedify being one of the foremost names in this industry, there is a strong need to set the standard in terms of regulation. The actions of most of these faltering projects could deter investors in the launchpad space or even more gaming and metaverse projects seeking to launch. In its release, Seedify admitted to going easy in terms of contracts and clauses, but for a greater good, the launchpad giant would change its approach.

Seedify wrote in a blog post, “we have come to a point where we feel a deep necessity to protect Seedify community members, influencers, and our partners; as we rely on feedback since the beginning of our journey, and here there is a very clear demand for a change and evolution.”

Seedify released the “Seedify Protected Launch,” which it has put into effect for new projects launching on the platform. According to the gaming and metaverse launchpad, there will be no exceptions for any projects. Seedify will include the clause in new contracts, and projects billed to launch would have to re-sign contracts.

What’s in the Protected Clause?

As mentioned earlier, Seedify intends to safeguard its community. Therefore, these clauses will deter bad players. The clause states the following:

2. Seedify will require each project to adhere to the distribution timelines in full. Furthermore, it will levy steep financial penalties if some other party obtains their tokens before the Seedify community claim deadline. As a result, projects that become unfair to the community are penalized, and they are discouraged from doing so.

3. Seedify will demand projects to put a minimum amount of liquidity per the raise and lock for at least 24 months. Also, the launchpad will penalize projects that do not put sufficient liquidity. Then, in extreme situations, Seedify will have the right to put liquidity and reduce them from the amount raised.

4. Seedify will require all projects to submit a marketing strategy and budget for pre-and post-launch. Also, there will be a minimum amount of pre-launch spending and monthly spending. These would occur proportionally to project increases after launch. Teams that do not devote the necessary resources and manpower to marketing will receive warnings at first. Then, projects that fail to comply during pre-launch may be removed from the Seedify calendar. However, those who fail to cooperate with post-launch marketing might get a fine.

More Details on the Clause

6. Seedify will require full token amounts from projects prior to their launch. This rule does not have any exceptions. Also, the launchpad will need the full amount of all vestings before the TGE. This is if the project has created a contract with vesting in it. This method would get rid of the possibility of a token vesting delay.

7. Seedify will demand that projects complete token security audits. Furthermore, their token contracts should feature no blacklisting/honeypot functions. So, Seedify will not launch any token if it discovers any malicious or centralized blacklisting function during a token contract audit. To tackle this, an industry-standard audit firm must perform the audit.

8. Between the IGO and the listing, Seedify will need at least 3 weeks. But, if the three weeks are exceeded, the launchpad will use a DAO-based community poll. Then, every two weeks after that, the community will determine whether or not to devote more time to the project. If the community decides on refunding via their votes, then everyone will receive a full refund. Seedify will also remove the project. However, people can apply for and request refunds in cases where the votes are against refunds.

9. Seedify will demand projects to remain above the IGO price until the second vesting phase is completed. This clause applies regardless of market conditions. Seedify’s community will hold a poll if a project’s price falls below the IGO price before two vestings are completed and stay there for a week. The poll might refund the remaining vesting. The launchpad aims to encourage projects to do their best under any circumstances via these measures.

10. Seedify can conduct a refund poll in the case of any suspicious issue with a project. The launchpad intends to retain its community’s right to make their decision in funny situations until the completion of vesting.

Finally, the metaverse launchpad has begun the process of enforcing these clauses. Also, Seedify’s website will host the DAO voting system, which it will release this month. Seedify will offer incentives to serious projects and filter those that appear irresponsible.
As of this writing, Seedify’s SFUND trades at $1.78. It has a 24-hour trading volume of $3,732,286. 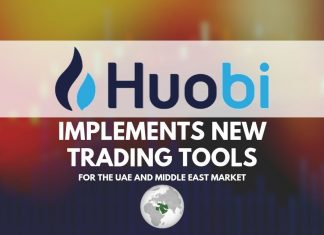 Natalia - October 2, 2019 0
Huobi, the Singapore-based cryptocurrency exchange, is continuously bringing new services to the table. This time the UAE is in focus.  Huobi is successfully operating in...

How To Use Trust Wallet- Part I