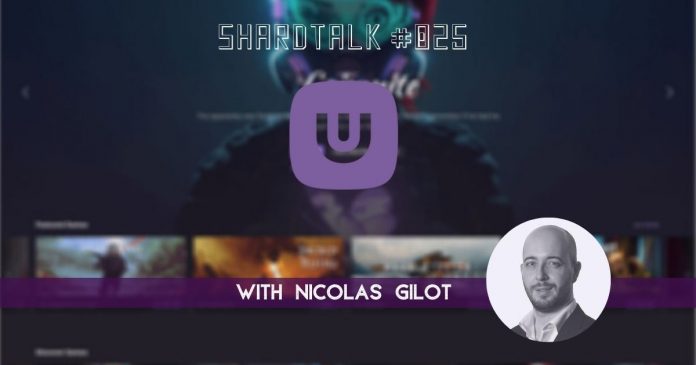 In this episode of ShardTalk, the Co-CEO of Ultra, Nicolas Gilot shared insights on their project.

ShardTalk is the gaming interview segment that connects our readers to people who are shaping the blockchain gaming space. This episode features Nicolas Gilot, Co-CEO of Ultra which is the next generation of games distribution platforms. So, let’s begin!

Q1. How does Ultra stand out from other gaming platforms such as Steam?

Ultra can be considered as the next generation of game distribution platforms. Steam has been around for more than 15 years and nothing has been done on their side to empower players. As a player, you cannot resell your games like you used to with physical copies. As a developer, you give them up to 30% of your revenues to list your game. It has been proven that their discovery algorithm largely favors big studios to the detriment of indie developers.

On top of that, the technologies involved in Steam are far too outdated. NFTs are the new way to go for digital assets and that’s not a fancy dream. High profiles from the gaming industry acknowledged this already. Chris Clay, a former top executive at Wizards of the Coast, joined God’s Unchained because he believes “blockchain represents a new frontier for game developers“. Our partner Ubisoft is highly involved in new technologies and is already developing for VR and Blockchain. We are actively working with them because we both know that Blockchain will change video games forever. That’s Ultra’s vision and Steam, as well as their historical competitors (Epic, Discord, Wegame, etc.) don’t get it at all.

Q2. Could you explain on the blockchain you are building on and what makes it more suitable than other blockchains out there?

What distinguishes Ultra blockchain from other blockchains is mainly two things: its technology and its accessibility. On the technological level, there is no existing solution that allows a normal person to interact with a blockchain-based solution. If you want to appeal to a large audience, such as the gaming industry, you need to make blockchain features easy to apprehend by anyone. As a gamer, you want to interact with your game as easily as you ever would, and deal the same way with blockchain-powered features like selling your items, monetizing your game time, and so on. Ultra is not only a factory for NFTs but also a full-featured environment that interacts permanently with the Ultra blockchain.

That blockchain we built is based on EOSIO but we adapted it for a mass market. We improved it significantly when we added a way for anyone to transact on it for free, but we also added many other features to improve performance and usability. That’s where accessibility comes into play. Ultra games allow anyone to use the platform without having to deal with registration or transaction costs. Our wallet allows anyone to stack or transact in a highly secured and simple way with non-custodial recovery if anything happens. You can think of it like a multi-layered sandboxing, all driven by smart contracts. On top of this, our network is composed by Block Producers, such as Ubisoft and Bitfinex, that are chosen for their technical reliability and worldwide reputation.

Q3. Could you share with us a little about the partnership you have with Ubisoft and AMD?

I wish I could tell you details about it but it is still too soon. Currently, AMD is providing significant help for everything concerning the processing power of our network. They are deeply involved in new technologies and many actors in the blockchain industry are relying on their tech to reach peak performance. AMD will also provide marketing support to promote Ultra to gamers. They will notably propose installing Ultra along with driver updates and distribute free games, redeemable on Ultra instead of Steam when you buy a new graphic card.

Ubisoft is also a huge partner. They play a major technical role in the Ultra ecosystem by validating transactions and provide us with invaluable knowledge of the gaming industry. We are glad to collaborate with them and their vision allows us to better shape our solution toward gamers and game developers.

Q4. Can you elaborate on how players/gamers will not only be able to enjoy games on Ultra but also earn money?

There is so much to say about it! The Ultra platform has various features that allow players to monetize their activity. For example, we will reward users to perform specific actions, like giving a bonus for users who decide to take additional measures to secure their account (“Activate 2FA and receive x UOS!”), reward those who use a new application we have partnered with, etc. Many other opportunities that are still under development (being paid for watching ads, being paid for recommending friends, and so on) will be available soon after the release.

Game developers will be able to incentivize their communities to participate by encouraging players to promote their games and share with them a percentage of the revenue generated, automatically thanks to our dedicated smart contracts. They will also be able to host tournaments within Ultra to promote their latest games and instantly reward players in UOS or NFTs. The latter feature is a major one, and a lot of casual and competitive players are waiting for it.

NFTs are not platform-dependent but are a great way for users to be rewarded and earn money too. NFTs will most commonly be games or in-game items that players can buy, loot, win, and then resell anytime. Game developers can get a cut on resales if they decide to and that’s amazing because you can’t do that in the traditional games distribution market.

Many other applications are possible with Ultra’s smart contracts. Since anyone is able to develop 3rd party dApps for our platform using the SDK we recently announced, we know it will not take too long for our community to submit useful dApps like streaming or various communication tools that allow users to tip each other.

We also recently introduced a staking system to our platform and we’re going to talk about it in detail soon.

Q5. What are some of the key features Ultra has that will attract developers to build on Ultra?

For regular games, I would say that the first incentive is that our SDK allows game developers to port their game from basically any platform to the Ultra platform. They may do a 1/1 port but they also may want to add blockchain-powered features to their games. Some of these features include tradable in-game items or a plug to any of our 3rd party dApps.

For games that are conceived with Blockchain in mind, they want to access all the features Ultra has. We offer platform-dependent features like the previously mentioned tournament feature that automatically connects games to a whole competition-based economy. This is an efficient tool to grow your user base when the core of your game is based on competitive mechanisms but many other tools will help game developers to deploy worlds and concepts never seen before.

One of these tools is a feature whose ability is to create NFTs from scratch with all parameters defined in the interface of the Ultra platform. Thanks to our SDK, you insert those NFTs in your game while making them available publicly.

What can we expect from the public testnet that is upcoming?

We’re currently starting a campaign to raise awareness about our solution. In the not so far future, we’re going to launch a public testnet where some of the previously subscribed users will be able to test the platform. Once this goes well, we’ll include more people, and so on. Subscriptions are still open at this address for gamers and this address for developers. 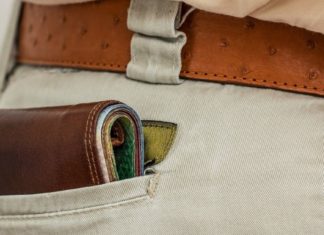 David Abel - November 30, 2020 0
Loopring recently announced the release of the beta version of their Loopring Wallet. This Ethereum smart wallet is the first with baked-in zkRollup scaling. Loopring...