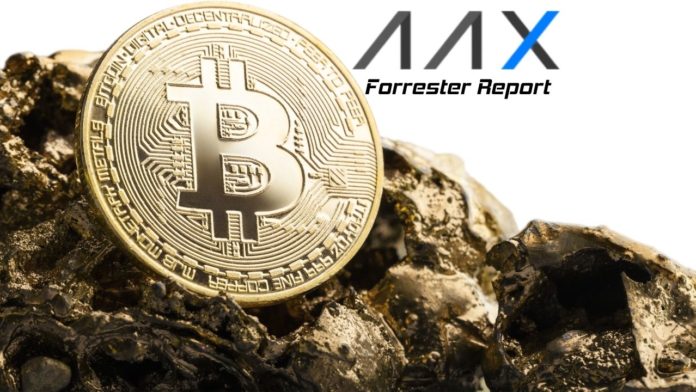 It’s been over a decade since bitcoin first emerged, and since then, the digital asset has attained enormous popularity, spreading into new regions and markets. The cryptocurrency market, as a whole, is becoming distinct from the traditional stock market, and numbers suggest that crypto adoption is happening at a faster rate.

A recent study commissioned by AAX, a top digital asset exchange, and conducted by Forrester Consulting, revealed the growing adoption of bitcoin in different markets and regions. In this article, you will discover very interesting stats that prove that worldwide crypto adoption is getting closer.

Bitcoin Is Diversifying Its Use Worldwide

Africa, Latin America, the Middle East, and South East Asia are key areas where bitcoin has found significant usage. Many people in these regions use Bitcoin for reasons beyond investment or speculation.

AAX is the first exchange to implement the Satoshi Standard (SATS) to promote the use of Bitcoin. It is also favored by more than three million customers in more than 160 countries. AAX aims to spread the use of Bitcoin to places where the digital token has found limited use.

According to a poll by Forrester Consulting:

Special thanks to Martha Bennett, the Principal Analyst from Forrester Research for delivering such a comprehensive and insightful sharing about Bitcoin adoption in emerging markets! Don’t want to waste your time commuting? Here’s something to learn!👇https://t.co/m6sdxUnh9d

The Growing Use of Bitcoin in Emerging Markets

According to the study, Bitcoin use is likely to keep growing in emerging nations despite recent price volatility. This is because it serves a need for digital transactions and encourages local and international payment and earning solutions. Data from the study also suggests that as more people in emerging markets start using Bitcoin for regular transactions, there may be a “leap-frog effect.”

Commenting on the study, Ben Caselin, Head of Research and Strategy at AAX said, “For many users in emerging markets, Bitcoin offers an alternative to the banking system that is easier to access, more secure, and protected from government intervention. We believe this study really shows us the potential of Bitcoin to power a different, fairer, and more inclusive financial system for everyone – not simply an investment vehicle for institutions and a wealthy minority.“

Note: 806 customers from Africa, Latin America, the Middle East, and Southeast Asia participated in the poll. Forrester conducted eight qualitative interviews with top decision-makers from financial services and insurance institutions in the four regions. The research was conducted between February 2022 and June 2022, a time when Bitcoin prices were unpredictable.

The report found transparency, dependability, and demand issues are some of the concerns around Bitcoin. Users in emerging markets, however, are used to currency volatility and value loss. As a result, they’ll be less likely to have to choose between Bitcoin and local currency.

On the other hand, the ability of users to achieve financial independence is one of the key reasons for the growing adoption of bitcoin. Others have grown frustrated with the current financial services. Also, there is an increased demand for an extra method of sending and receiving payments and transfers.

Also, consumers in the Middle East and Southeast Asia primarily use Bitcoin as a tool for money management. Of those surveyed:

Macroeconomic challenges and financial failures have driven the adoption of new money management. Take a deep dive into our commissioned study by @Forrester to learn more about what the future economy looks like. Check out the full report here! https://t.co/rNj3VgZsjk pic.twitter.com/73R6UkMrRR

Moreover, users in Latin America primarily use Bitcoin to receive payments. About:

Finally, the survey shows how users from emerging markets use bitcoin mostly for transfers and payments. However, volatility concerns might be one of the key obstructions to wider adoption.